Can tell that PBP has gotten nearer as many more folk have sponsored me! Big big thanks to all those who have sponsored and to those who have and are continuing to support me. For those yet to sponsor me and for those who have no idea what 'Tim's Well' is all about, please visit this link: http://www.agapeinaction.com/tim_taylor.html Some folk who have sponsored already have stated that they will donate the same amount again if I complete said challenge. Should I be concerned and hold a belief that these individuals have a lack of faith which I find disturbing?! Or, should I be thank full and hold the belief that these individuals are giving me motivation and a push to get to Brest and back in 90 hours?!   ;)

As many are aware, and as could be expected, my head space is filled with bike stuff. PBP related stuff is probably top of the list and deciding what to take to Paris (and what to leave behind) is a chore. Have recently fitted my bike with new stuff - new wheels, new tyres and nearly a new saddle too. Have gotten the bike checked over with help of Cult Cycles and my mate Ron, and am hoping all is good for Paris. Cult cycles had to straighten my wheels as both were buckled - these wheels had only been out on 1 ride! My bottom bracket needed some work too. The saddle was an issue. I purchased a very nice Brooks titanium swallow but sent it back a few days later. The saddle was perfect but my seat post appeared to be stuck to the frame. Indeed, the carbon seat post had seized tight into the carbon frame. Many attempts were made to remove said post but to no avail. A telephone call to Dan ('the bicycle man') indicated just how severe the problem was - he advised I take a hack-saw to my post! Decided to keep my post in one piece and return saddle. The saddle I have is ok and will have to suffice for PBP. On the up-side, I have a seat that will not drop out of position and I have saved myself over £100 in returning saddle. I guess the future holds a new bike, rather than a new saddle?!

Deciding on whether to tackle coast to coast on mountain bikes or a trip on road bikes to and around the Isle of Wight (and back) with Chris Orange, post PBP is another head stretch.  I think I will (hopefully) complete PBP, then beg Chris to make the final decision. Both sound like awesome options.

Chasing awards and points with AUK has also proved quite menace. So far this season, I have 30 AUK points (with a further 4 pending). I require 50 AUK points to get the randonneur 5,000 award, which is worth chasing as 50 AUK points in one season is a hard thing to achieve. The pending points awaiting to be awarded are for the Two Battles Perm and the Montgomery Madness Perm. I recently received an email from one organiser (Geoff Cleaver) who said 'John Ward has indicated that the photo's will do as proof of passage but was not impressed with losing the receipts'. That pretty much confirms the points for the Two Battles Perm. Another email from organiser Philip Whiteman indicated that points will be awarded for his perm, especially as Ron had 'found' all missing receipts as proof of purchase. This brings me back to the PBP, I didn't know whether they awarded AUK points for this event. I know now that they do, as I asked same question on a forum and Keith (AUK validater) replied 'Yes, your points will be credited some time before the end of the season'. Sweet! To top that, the PBP dossier says the route is hilly, I don't know whether any AAA points are awarded. Time will tell!

Training this week didn't start with a cycle. SJ and I decided to face each other on a battle court, I mean badminton court, instead. We both played well and the final score was 3:3. Funny that SJ still treated this score as a victory. Am surprised she didn't perform some sort of victory dance. 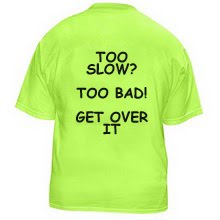 First cycle of the week was with Ron and Sarah M. We took our bikes from Studley to Coughton then skirted around and past Shelfield. Tony Green was met on this section of our ride but could not be convinced to travel much further with us. We took an off road path which passed through Little Alne, Aston Cantlow, Billesley and Redhill before meeting the busy main road at Stag Hill. This off road section was great - I have many cuts and scratches to prove it!  We were only back on the road for a few minutes before turning off again and cycling off road to Haselor. From Haselor we made our way to Coughton Ford and then back home again. 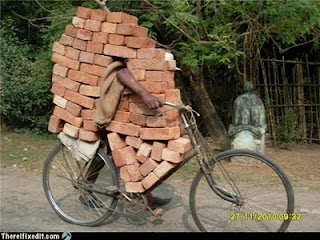 I planned to complete The Poor Student Perm in the week but this did not happen. I felt a little run down towards the end of the week and didn't want to take any chances with it being so close to PBP. It rained on the day I had in mind too, so perhaps I made the best decision. 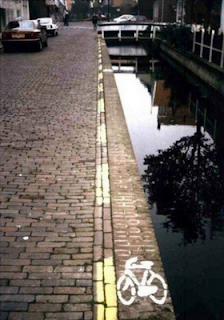 My final training session was with SJ. We cycled to Sambourne and up the off road track to the top of Astwood Bank. From this high point we took a descent off road and followed it to the end by Cold Comfort Lane. SJ did some acrobats here and jumped off her bike 3 times! We saw fantastic Mr Fox in the lane which was nice. Our journey continued into Alcester, through Dovecote, past Haselor and Great Alne and took another speedy down hill track to Coughton Ford. (The 3rd ford I kept looking for was perhaps this one at Dovecote?). From Coughton we cycled home, passing birds of prey and many deer on route. Nice.
﻿
﻿
Weekly totals: Cycled 56 miles.
at August 14, 2011