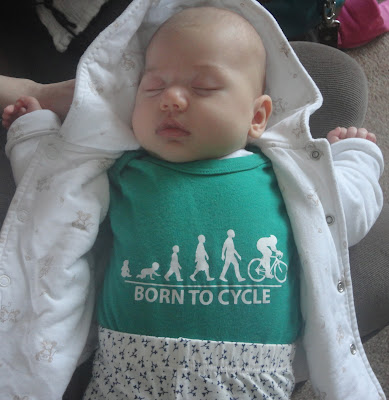 My first ride after Easter was a route I had named ‘Bill’s Hill’. This was a route that I stole from a user on ‘Strava’, that had a particular hill of note. The ride was lovely and headed to Bidford via roads I have often taken. From Bidford the route continued in a lanesy style all the way to the mid-point (on some new-to-me roads).  The mid-point was  the hill. This hill was officially called ‘Bakers Hill’ and was near Chipping Camden. Not the biggest of hills (road sign stated 12%) but enough to get the heart beating, the lungs working and the lactic acid pouring. After tackling this hill, I was on high ground where snow was still heaped up alongside the roadside from Springs crazy weather. The return was great, along more lanesy roads, where the route crossed other routes of mine including the ‘TTT 20’, ‘Deer’ and ‘CS SR 1’ routes. I published this route on Strava when I returned home. Bill commented ‘impersonisation is the best form of flattery’. I retorted ‘Ha! I’m on my way to becoming a fully fledged doppelganger’! A representation of 'Bill's Hill' can be seen below: 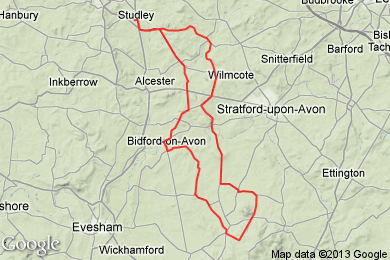 My next adventure, the big adventure for the week, was a calendar event audax. This event was 'Sam Weller's April Foolery', a 200k event scoring 1.75 AAA points. I think this event followed the same route as the 'King's, Castles, Priest's and Churches' audax that Aid, Chris, Ron and I cycled earlier in the year, only it had different control points. My GPX track is presented below: 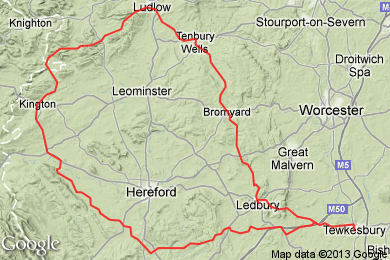 Aid, Chris and Ron didn't join me on this latest adventure. Not to worry, I had 'other' cycling companions throughout. The route started from Tewkesbury and the first control was after about 45k in Bromyard. Almost straight from the start a cyclist called Julian rode alongside me. He raced to catch me up to inform that my bottle cap had come off about 1k back. That was real nice of him, but he didn't have said cap. Julian was a nice chap and we spoked about bike related nonsense all the way to the control. At the control I stopped for egg on toast and Julian bounced this control and sped off. I didn't see Julian again but he says he is cycling LEL and 'The Heart of England 300' so our wheels may cross. 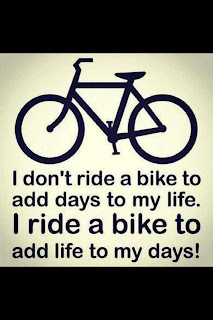 Leaving Bromyard was awesome. Nice long roads, easy to navigate and essentially down hill. Zoomy! I didn't stop to eat in Ludlow, instead I popped into the museum and got a stamp for POP purposes.

Leaving Ludlow I didn't feel so great. I was finding the hills harder than usual. Perhaps this was because it was real hot compared to recent days. I was layered in winter gear and the sun was shining bright. I felt like I was boiling in the bag. Or, perhaps it was just because I was fat and the hills were hilly! 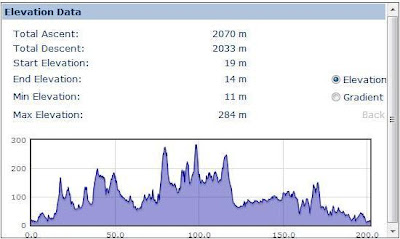 Was pleased to reach the tea room in Kington. I remember stopping here before with Chris and company. This time around I got chatting with 3 cyclists that I have ridden with before on different events. Their names were Roy, Paul and Clive (I think). We had a good chat and some nice food once it finally arrived. I spent the rest of the audax cycling with these guys. Below is the only photo I took all day, which shows how lanesy the roads were and how much snow was evident in our Spring! 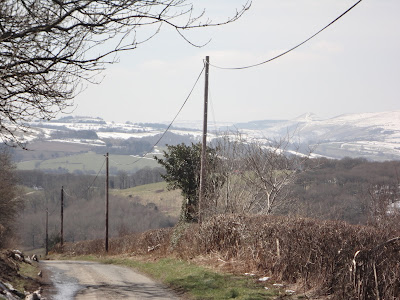 From Kington, the route appeared to get a little easier again. Maybe this was because the hills had gotten easier. I did notice that my saddle post had slipped down a few mm (again). I couldn't be bothered to stop until I reached the control. Beautiful weather continued. What a great day. The penultimate stop was at Wormelow Tump. So hot and thirsty, I drank 2 bottles of water.

The final trek was about 50k back to Tewkesbury. Not a lot of climbing involved but felt tired all the same. Was good to ride in out little group of four, taking time to pull the group for a while. Due to my weight, I would roll faster down hill and then as a consequence find myself at front of group and having to pull. Argh! We reached the arrivee in daylight and had quite a quick pace really. Completed this 202k audax in 10 hours and 55 minutes. Pleased that this ride early in April had scored me the necessary credentials for my RRtY and AAARtY this month already.

Cycled a total of 388k this week. My LEL training target was 200k so was real pleased with this effort. My yearly distance to date stands at 2,641k. Other folk are using more specific training methods for LEL rather than just distance. I was put off after seeing the cyclist below work on his calves! 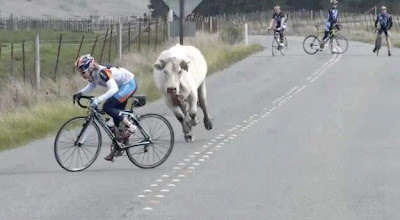