As kinda expected, training or exercising decreased a little right after my Torino - Nice rally. The motivation was still (mostly there). Problem was, work got in the way of having fun as so it often it does.

My first run was on Thursday 15/09/16, my second day back at work. How deflated I felt to be back at work despite a relatively nice run. Visibility was real poor as I was running in pea soup. Was surprised the towpath was still closed in places and as a consequence ended up running about a further k (10.8k in all). What was lovely though was all the spider webs that could be seen with the dew present. Not a big fan of spiders but these glorious webs looked awesome. God's creation really is amazing. 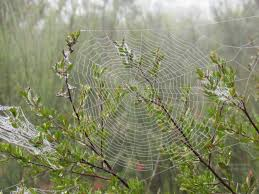 First cycle was on the Sunday. I used the same bike on my work and back commute that I used on the Torino - Nice rally. Felt a little different with no added baggage. Brakes were still naff though. Even though I could speed along the towpath on this bike, I missed my cycle bell.