Managed to fit a second wild camp into the month of July, which continued into the first day of August. Strange how 1 month merges into another with a camp in the centre of the 2. Maybe, I've thought about this too much... Ha!
Just Rob Dog and I headed out on this particular adventure. Despite not leaving until 9 p.m., Rob was surprisingly excited about the pending camp and said he had something awesome for '1 night only'. What on earth was he on about?

We originally planned to camp out where we camped earlier in the month, however, the dark made navigating a slight menace. After a short pause, wonder and consideration we headed to another spot where we had camped before. We camped at hats.auctioned.active. On route to our camp spot we passed a couple who had pitched a tent and were camping out too. We chatted for a while about the joys of wild camping, they indicated that they only lived a mile away. Nice to know we weren't the only loons! 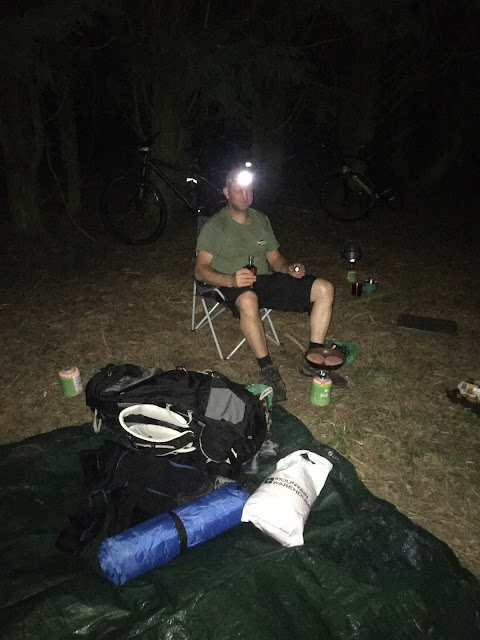 Almost as soon as we had reached our camp spot, Rob Dog set about cooking. He also revealed what he had been carrying for '1 night only' - a fold up chair! Ha, who'd have thought! 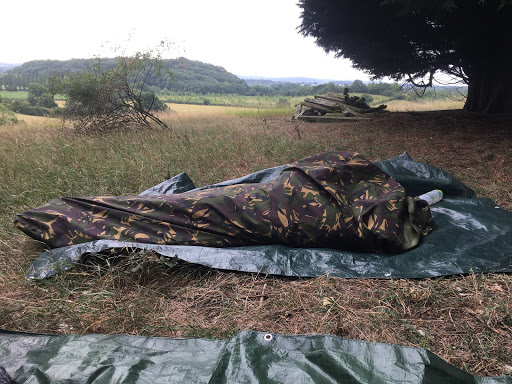 We both slept pretty well following our near midnight feast and drinks. A warm morning followed a warm night. Pretty awesome views once daylight appeared. 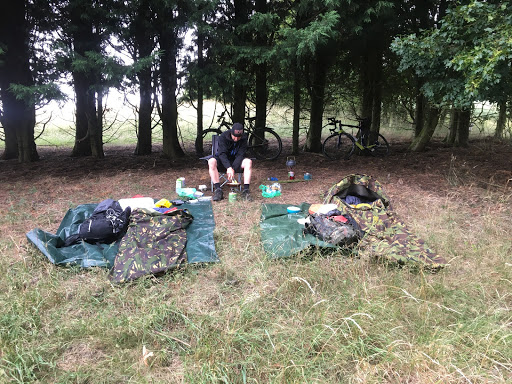 Morning was much like evening - Rob Dog was delighted with his chair and enjoyed cooking from his seated position. Last night we devoured burgers, egg and chilli cheese. This morning, we swapped sausages for burgers. 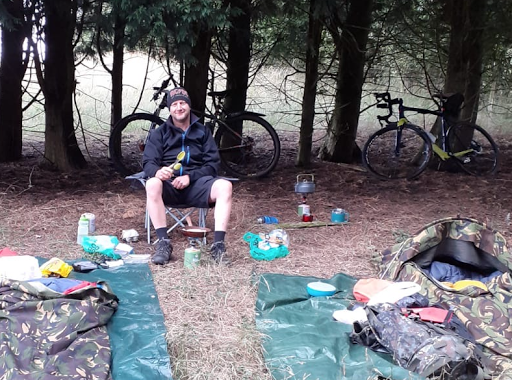 My new kettle came in handy and a lovely mint and jasmine green tea was soon prepared. Delicious. My new ultra-sized Yeti mug was a super replacement to the mug I lost on my last trip too. 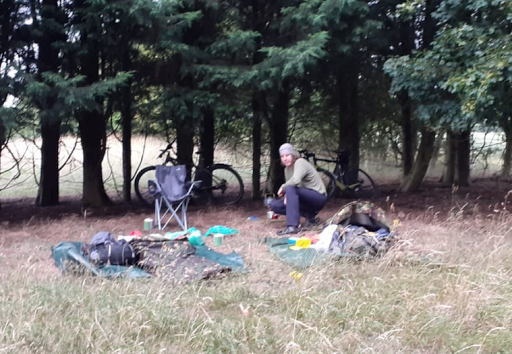 Almost as soon as our camp began, it was time to pack up and return home. As always, we had a lovely adventure and eagerly await the next. Rob Dog plans to buy a stool to replace his weighty chair. I think his bag weighed something crazy like 14 kg (twice the weight of mine). I just plan to find my missing spork!
at August 04, 2020