October's Wild Camp was an interesting adventure during the last week of British Summer Time. The Phantom, Rob Dog and I set off to a camp spot we had previously camped out on, but, do you think we could find it?! The trail was much overgrown and navigating proved difficult. Phantom did his best to locate this spot, however, we had to use Rob Dog's phone (using 'what3words') to find the specific spot. Fair play to Phantom, we were only 20m away. 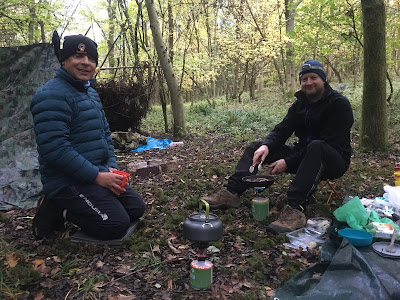 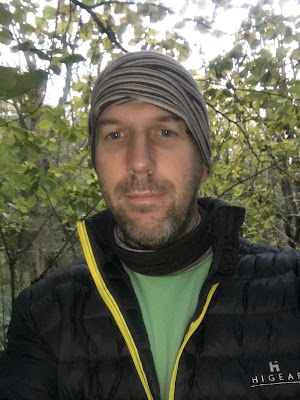 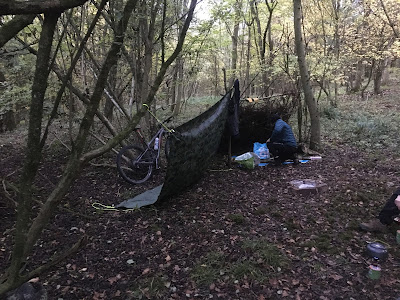 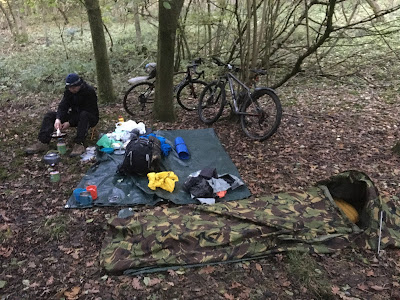 As per usual, Rob Dog set about cooking before he had even set his sleeping quarters up. My bivvy looked particularly camouflaged I thought. Phantom chose to sleep under the pre-constructed shelter. Almost as soon as we were 'camped out', sausage, burger and buns were ready for the eating, Delicious. 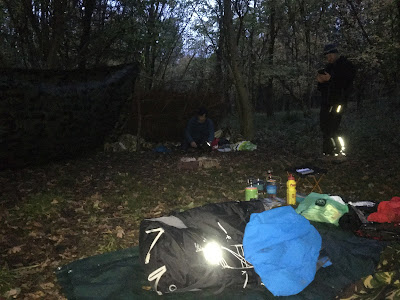 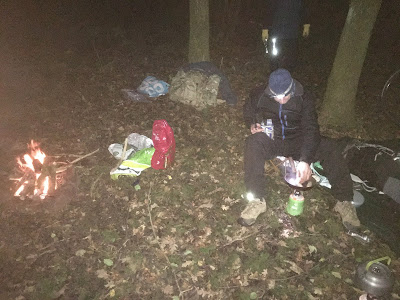 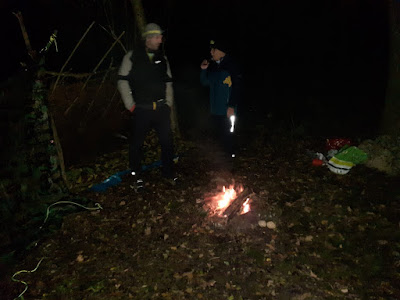 Once it hard turned real dark, we started to feel fracked out for a stretch of time. We could see lights, like search lights, in the woods below us. The fear set in and we all thought we were part of a major man hunt or something. We were relatively well hidden, Phantom had constructed a shield to hide us further but the fire we had burning might just give us away. Only one thing for it - out came our hip flasks and the fear dissolved. I wonder what the lights were? Poachers maybe? We had seen deer eyes in the dark. 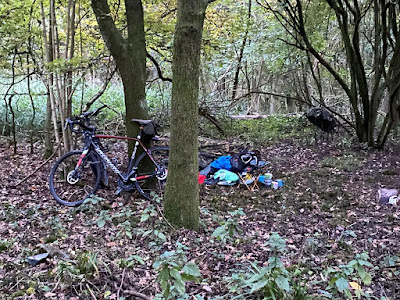 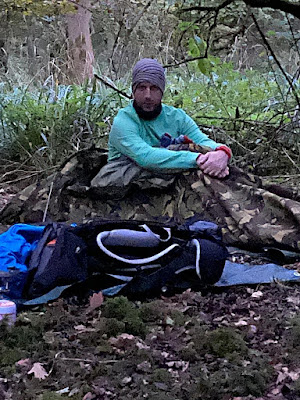 Had a good night and slept relatively well. I was using my winter arrangement - that is, 2 sleeping bags, one inside another. I felt snug and comfortable. 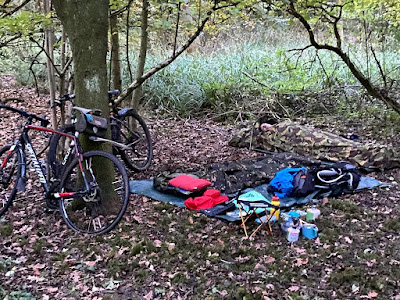 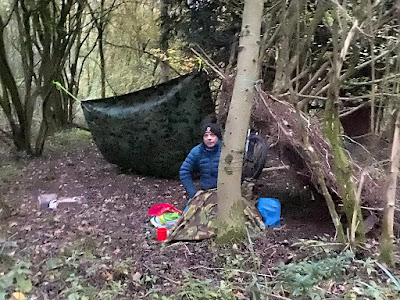 Was great having another cooked breakfast in the morning. After our delicious food, we packed and left camp and it looked like we had never been there - except for the ashes left in the fire, Phantom had made. Another cool camp! 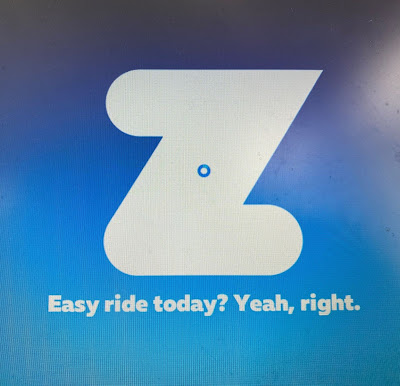 Following the camp, Phantom and I took part in a Zwift race. This was the 3R Sika Cycle 2020 race. We were joined by Jonny M and Steve plus a whole bunch of others. Am really liking this Smart virtual world of cycling. This was the first time I had cycled Alpe Duez and to think I did that from the (relative) comfort of my own home. I think this was the longest time I had ever spent on a turbo trainer in one sitting. I cycled a distance of 46.7k in a time of 3 hours and 10 minutes and climbed some 1,710m! Phantom, Jonny M and Steve said 'lets all ride together', which we did for a spell but then they dropped me on the Alpe climb. I think the notion of 'race' got the better of them! 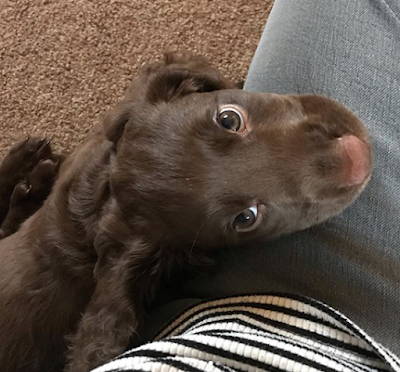 The best thing to happen this week was Ernie rocking up. Yes indeed, we now have a new addition to the family! Meet Ernie, our new little pupster! I'm sure he will feature in many adventures to come.
at October 25, 2020