Over the Malverns 159k Randonee

Over the Malverns 159k Randonee AKA 'the Malvern menace'! This was probably the toughest audax that I had completed to date.

Early start to the day with my dad picking me up at 6 a.m (swear I told him 7 ..). Got to the start at the Castle pub in Droitwich and the heavens opened. Maybe the weather put a few folk off, as only about 20 cyclists gathered at the start. One such cyclist was 'Eddy Merckx', an old boy that Ron and I chatted with on my first audax. Was a bit un-organised for this event, had forgotten my buff, my tyre levers and a pen. Got equipped with my brevet card, took a pen from the organisers wife and at 8.30 a.m we were off.
The first menace of the day happened almost straight away - the directions we had led us to a closed road (and closed foot path). We formed a big pack, and all cycled as a group following the organiser for the first 3k or so until we could follow our own printed directions. After passing signs for Elmbridge and Cutnall green I reached the first info control. These info controls were a first for me. One would have to stop, refer to Brevet card, and answer (ie write, using pen I had acquired) said question on card as proof of passage. Such questions were like 'what is the speed limit here? or, what is the distance to the next junction? etc). 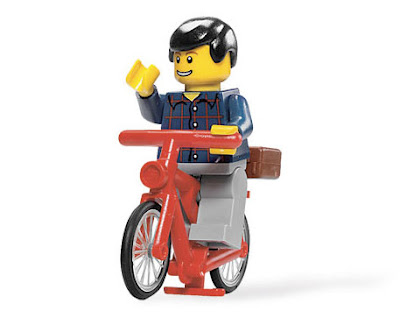 The roads were awfull - many pot holes, lots of mud and the rain it did pour! Cycled past Doverdale, Dunhampton, Holtfleet and into Martley where the next info control was. Stopped here to eat banana and prepare for a big climb ahead.
This climb was tough. This climb took us up and over 'Ankerdine Hill', which has a 17% gradient (ok, so I went the easier way around, but even so...). Caught breath and cycled through Suckley following signs to Great Malvern. Fast descent into Evesbatch and, oh no, sss - pop! I puncured. My super ulta-gator, 'tough as boots', 'puncture resistant' tyre had blown it's tube. It took me ages to get this bloomin' tyre off and just as long to get it back on. I had forgotten tyre levers too, but after a good 20 mins at least one (well, 2 in fact) 'good samaritan' cyclist stopped and helped me out. I had now gone from being towards the front, to being at the back.
Zipped past next info control and was starting to feel good again as I was passing lots of cyclists that had zoomed past me earlier. The hills were in my favour and once past a 14% descent I had pretty much gained my original place before the puncture. Cycled through Mathon and the rain was pouring real hard. Completely soaked through to the skin, but was ok because at least I was warm. Once in Great Malvern town centre, further menace happened. A car started reversing at a junction nearly squishing me and then a buss tried to do the same. The next control was awesome, it was a coffee shop called 'Rebecca's Lodge'. Treated myself to a full english here and washed it down with a couple of cups of tea.
Left coffee shop and cycled into the rain and wind again passing Welland and cycling through Castle Morton Common. This common was tough, as the wind was blowing at us from one direction, the rain beating down from another and random cattle crossing the road ahead of us when they pleased. Visibility was poor but the big hills of Malvern we were passing could be seen. Continued into Newent and stopped at next control and ate much needed chocolate bar.
The next leg was pretty straight forward and took us to 2 further info controls near Upton. A fellow cyclist was 'out here' as he had hit a pot hole which had tore his tyre and buckled his rim. Made an unofficial stop here too, at a bakery, to eat a apple doughnut and hot cross bun.
From Upton continued past Earls Croome (where another cyclist was nearly victim to mad dog) and into Wadborough. I noticed the guy in front make a wrong turn (the same guy who helped me with my puncture) so retuned favours and put him back on track. Like cattle earlier, chickens were now crossing the road as they pleased. Passed through White Ladies Aston and stopped at last info control.
Bike was beginning to play up here. Well, to be fair, had played up all day. The tyre punctured after 30 miles, the cycle computer stopped after 40 miles and now the front gear shifter wasn't shifting. Not to worry, not far to go. Short climb to a rail crossing where we had to dismount bikes and get through a small gate and avoid any on coming high speed trains. Then followed signs to Droitwich and finished at control, the Castle pub. Woohoo, job done! Felt tired and achey, particularly sore knees. Did not hallucinate like last time though. Handed in my brevet card and eagery await my 150k medal. Treated myself here with a big double burger and chips and chatted with fellow cyclists about the days adventure.
Cycled a distance of 159k (about 100 miles) in 8 hours and 40 mins (including stops).
at March 20, 2010