Started the week with a cycle ride with John and Ron. We started cycling the Reed route (cutting across the corn fields at the start) but it wasn't long before Ron wanted to do something a little more technical - we were heading for the woods in Sambourne. I didn't want to go through these woods for a number of reasons that included the fact I was wearing spd's which continue to give me the fear, my legs were really tired from last weeks audax and because I have injured at least twice in these woods. These were the very same woods where my pedal and crank arm fell off, and the woods where I landed on that barbed wire fence and cut arms, belly and leg. I call these woods, the 'woods of doom'. With all this in mind, I changed plans and we turned off before said woods and climbed an off road track to Astwood Bank before going through naughty woods till we got to Alcester. There were deep ruts during this off road trek and poor John fell off at one point and bruised his ribs. It was a wise decision not to tackle the woods of doom! We picked up the reed route and followed familiar tracks back home. 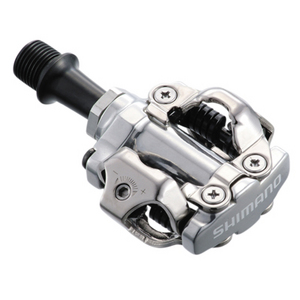 I changed my pedals back to v8's before I went out on my bike again. My spd's are pedals that lock foot to pedal and help transfer energy directly to the pedals. I like to use these pedals in very wet and cold conditions when I am not cycling technical stuff off road. My shoes that I use for the spd pedals are quite narrow and allow me to wear comfy, warm and waterproof overshoes. With my preffered pedals (DMR V12's or V8's) I wear a kind of bulky skate shoe. These shoes are just comfy and don't give me the fear as they are not locked to the pedal at all. The pins in the DMR pedals are great at keeping a shoe in position (but tear a shin to shreds should a pedal slip). Only real down fall with this shoe and pedal combination is the fact they are not waterproof. 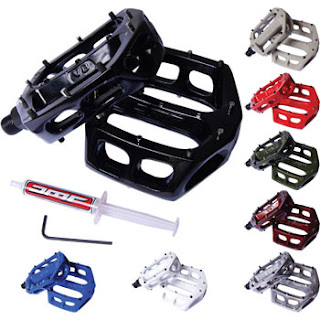 Ron and I went out and started to cycle the deer route for our second trip of the week. We soon turned off the deer route and climbed to the cart (which is no longer there?!) off road before joining the deer route again and took the first off road path to Coughton Ford. My fear had gone - go DMR's! We cycled home choosing an alley in Studley we had not cycled through before, just to be different.


Ran twice in the week with SJ. Our first run was the Studley triangle and we improved our time again. The second run was concocted by SJ and was a loop in Worcester. The Worcester run was shorter but was on an uphill gradient from almost start to finish - maybe we'll run it in reverse another time?!

Completed my 14th audax on Saturday. This was the Cotswold Corker. The event started in Bishops Cleeve and a whole bunch of cyclists participated in this event. Unlike previous recent events, I was here on time and was able to cycle out with the whole group. The first hill was encountered almost straight away and was a real menace at a 25% gradient. This hill started at Bushcombe Lane and climbed and climbed. Folk said I would never make this hill without a triple chainset, and ... they were right. With disappointment, this hill beat me and most other cyclists too. There was a long line of cyclists pushing bikes. This event was not called a 'corker' for nothing! The next corker of a hill was in Winchcombe - I made this one (and all subsequent hills) which made me feel much better. I hadn't done a lot of hill climbing for a while and almost forget how power draining it is, not to mention the fact that your lungs feel like they are going to split open. Passing Turkdean, I reached the first control at the Westwoods Centre. This was a nice control - they were dishing out free food. This free food was all cake based. I left a donation and took a jaffa cake, a jam doughnut and a slice of cake and washed it down with a cup of tea.
The second stage was not as gruelling as the first and the scenery was stunning. Hills were still encountered but these were more rolling than major climbs. I chased this goblin on a bike for a while which provided much amusement (this was a cyclist in tight green leggings and a bobble type hat). Passed Daglingworth and climbed a hill that I had climbed before on a previous AAA audax event. Reached the control at Sapprton Village Hall feeling good. The food at this control was awfull. I had pasta which had been cooked (allegedly) by some young army cadets. This pasta was cold and after eating half a plate (too much), I decided to bin the rest. I topped up my energy by eating a snickers bar that was in my pocket.
The next stage was awesome. The sun was shining and I was feeling on form. A lot of this stage was spent chatting to other cyclists and it was good to hear and share stories. A big hill was encountered here, it was called 'Hilcot' which kinda gave it away. Some of the roads were real bad - major menace pot holes and lots of mud. At one point, my rear wheel skidded some but fortunately I was able to keep control. At least 2 cyclists came off during this stage. In previous years this event has had much ice and conditions far worse. Reached the last control feeling great - I knew there was only 10k left to cycle. Took a longer rest stop here at the Andoversford Village Hall and ate 3 cakes with a cup of tea before heading off again. Apparently the cadets had made these cakes. Cadets make a great cake but a naff pasta!
Cycled the last stage with 2 cyclists I was chatting with from the stage before which was nice. We passed Belas Knapp (a pre-historic burial chamber), which I had visited many times before. The hill down from Belas Knap was great - I had ridden up it many times before on my mountain bike. The last hill was Cleeve Hill and to be fair was an easy climb. Once climbed, a quick descent followed to the Arrivee at Woomancote Village Hall. This audax was great and oh, so much better than the previous weeks!
Cycled a distance of 65.2 miles during audax, at an average speed of 12.9 mph and a max speed of 40.1 mph. I spent 5 hours, 2 mins and 36 seconds in the saddle and was awarded 2 AAA points.
Weekly totals: Ran for 1 hour; Cycled 101 miles.
at February 12, 2011