What no Stone Circle?! 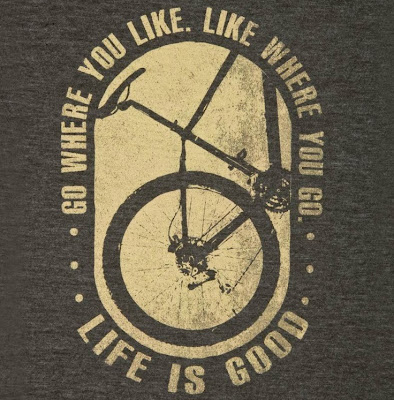 First ride of the week was the completion of the Yatmon 150k audax. This was a hilly permanent event (2.25 AAA) that I have now completed for the second time. This really was a classic ride, organised by Stephen Poulton.

Started the Yatmon 150 from Blacksheep HQ. This was the obvious start because I cycled this event with Lou Rigby. Was great to cycle this event with Lou because she had completed the ride several times before and knew the odd substitute road to take to avoid much mud, major traffic or pot hole menace. Indeed, I cycled an alternative route to the first control in Mitcheldean. The weather wasn’t perfect but it wasn’t too bad. Light rain was intermittent all day but none of the forecast heavy stuff came our way. This first stage to Mitcheldean was perhaps the wettest. Last time I cycled this event, I went straight past this control.
The route was quite hilly but it wasn’t all climbing. After a gentle pull up from Mitcheldean, a super descent followed. The colours at this time of year were awesome – leaves the colour of orange, red and yellow. God’s creation was truly wonderful. The fog and mist had cleared by the time we reached Goodrich and I loved viewing the castle as we made our way to Goodrich Post Office, our next control.
From Goodrich we climbed the steepest ascent up past Yat Rock. Didn’t stop to admire the views on this occasion (knew that the Yat Rock log cabin would be closed) instead cycled on to an alternative control at 5 Acres Garage.

Lovely descending route from garage pretty much all the way to Monmouth. I free-wheeled for the most part. Had visions of the calendar perm I cycled with Ron a week back because we cycled some same roads (reverse direction). Ha, and as chance would have it, we stopped at the Wetherspoon’s pub that Ron and I rated so highly during last audax too! Weatherspoon’s pubs are great. Just like last time I had a full English breakfast!

Suitably fuelled, we made our way to Grosmont. Once we reached the 75k mark (aprox) I spotted the ‘Stone Circle’ I thought I saw last time round. It wasn’t actually a stone circle at all – it was standing stones. These weren’t standing stones from some prehistoric site though, they were stones for sale. I was a little disappointed but pleased to solve the riddle of these stones. Strangely, Lou said she had never spotted these stones before. Was pleased to reach the control in Grosmont as the weather had turned a wee bit wet again. Both the P.O. and pub were closed so we used the café where I stopped last time around for our control. The café owners informed they were to be shutting up shop in the near future. After much cake and elderflower cordial we left Grosmont.
The cycle to Much Marcle was through much mud. The roads were wet and covered with that red coloured mud found by Red Marley. My poor chain didn’t sound too happy. This was the longest section and definitely the most muddy. Stopped at a local stores for our penultimate control.

Last stage was relatively flat and fast. We had to light up as it was now dark. We passed through Red Marley but luckily it wasn’t too muddy and my chain had stopped sounding ill. Nice spotting the lights that lit up Tewkesbury and a fast finish back to Blacksheep HQ. Back at HQ, had my brevet card stamped for the final time and enjoyed a cup of tea and a catch up with the Blacksheep pair.

My second (and final) ride of the week was only a short affair. Ron and I took our mountain bikes (mine a single-speed) out for a quick blast around what we called the 'LemNoAid' route. This was very similar to the LemonAid route but Aid wasn't out and we changed the original route  a little at the end. Still remain very pleased with Queenie's forks and disc brakes. To top that, Queenie has now been fitted with sparky spoke reflector things too! Woo Hoo!