I'm in (trouble), yes. Monday was a race to ensure I had gotten entry into the 2018 TransAtlantic Way (TAW) race. This is a 2,500k un-supported race across the West Coast of Ireland. And, wowser, I'm in! There was only 200 places open and my mate Jamie wanted to ride too. Better yet, Jamie secured a place too!
We were both listed as solo rouleurs, however, we later changed that and have decided to cycle as a pair (of idiots). We're in (trouble) ! Looking through the rouleur list was super interesting - folk have signed up from all over the world including France, Italy, USA, Australia and Korea. Do hope our names appear on the finished list too!

Was great running into work knowing that entries opened for TAW. Was even better running home knowing that I had confirmed a place. On my outward bound run I had a leap in my step. Was super cool discovering that Jamie had been successful too.

No further running took place in the week, which was okay - I was happy enough with the 10k I had ran. Managed to cycle on a few occasions. Two work and back commutes were completed. Was interesting riding to work on these occasions as I was playing with Strava segments for the first time (because when I cycle the CrossDuroPennines, segments will create the race times). Low and behold, my buddy Ron had the top place for 'King of Mountains' (KOM) on the segment I was cycling. Ron will most probably keep this place a while too - I had raced and was a good 11 seconds behind. Future attempts will be futile as I will only be cycling this segment on my commute using my heavier commute bike (was using my off-road bike this week due to gear issues on commute bike). Am sure Ron had used his super zoomy road bike... My other cycle was a quick 30 minute indoor spin. Last time I had completed an indoor spin, I felt quite sick. This time around, I felt a little sick but not as bad. Maybe the high intensity on an empty stomach isn't so wise?
Weekend was great. No training took place, however, 2 important 'things' happened. The first thing was that Lin had helped sort the gear issues on my commute bike. Second thing was that my niece 'Cassia' had gotten married to Matt which was super awesome. All is well that ends well. 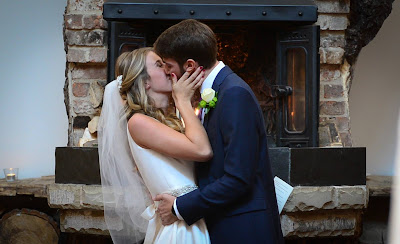