Am sure I blogged about my Super Raleigh Burner BMX before. Y'know, the one Lin stole? Well, it's been stolen again - this time by my wife. SJ say's it's hers and the kids are supporting her on this one... 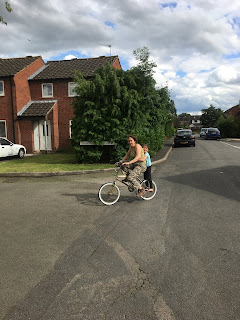 Latest audax event I completed was another pedal of The Bad Ass Badger permanent that I created all those years ago. This was a 220k loop from my village and back. It felt like an age since I had last cycled this distance. 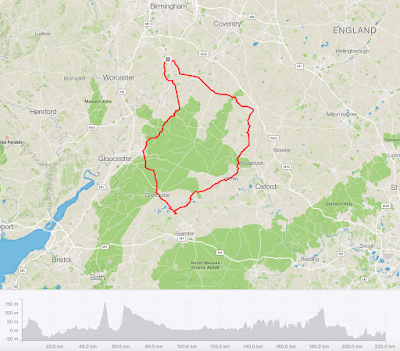 My bike of choice for this event was 'Slinky', my road bike. She had recently been kitted out with a new rear wheel (thanks Chris for sorting this). This new wheel was a rather splendid Hope hoop! A RS4 hub, laced with 32 Sapim double-butted spokes onto an Mavic Open Pro rim. Oh man, she looked the business and felt rather splendid too. I chose a blue hub and Lin (thanks again) fitted new blue bar tape. With all this blue on my bike, she now looked quite Royal (red, white and blue) and I hoped it would fool my head-space into believing I had a new bike. Ha!
Slinky performed pretty fine really, however, it is evident that my front mech is wonky. It had recently been fitted with a new cable but the shifting is poor. I know a replacement is due but financial constraints will not allow an immediate change. The mech changed good enough to allow me to climb the big hills from Winchcombe and Cheltenham.

Stopped at Stacey's cafe in Cricklade, as is my tradition. Only had a sausage sarnie on this occasion though whereas a full English is usually devoured. Leaving the cafe I encountered a few spots of rain but nothing more dramatic.
Witney, followed by Banbury were my control points before heading home and reaching the arrivee. Drank lots of water at these controls and felt pretty uncomfortable throughout. I started to feel uncomfortable from around the 100k mark - guess not cycling long distances for a while made my body feel weird.
Did not stop again once leaving Banbury until I reached home. I considered a cup of tea in Stratford but decided to crack on and get home to my family instead. Oh man, felt great to complete a 200k even after so long. It must have been an age too - the Midlands organiser for Audax events had changed. So long Chris Smith, hello Mike Kelly.

Would like to finish this blog post by shouting about the Cotsduro 19 event that I recently completed. This was a 100k, mostly off-road affair that I completed with Ian Cross and rode short sections with Russell Morey. 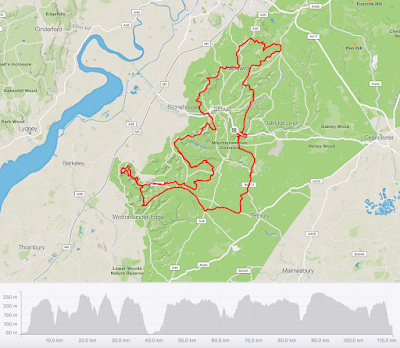 Ian picked me up in the morning and kindly transported me to the (near) start in Stroud. Was great meeting Ian again - had only cycled with him once since he cycled some of a certain LEJOG event with me back in 2010! Only a couple of weeks ago, I had been cycling with his brother on that Cycle for Uganda event. It's a very small world. 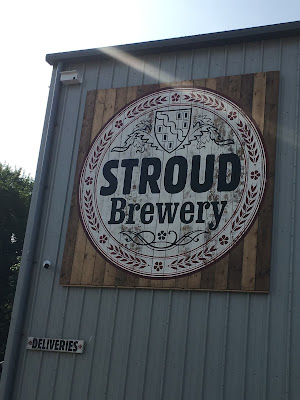 At the official start of the event, Stroud Brewery, we met up with a bunch of other riders. One of these riders was Russell Morey who I knew from my 'Redditch Triathlon Club' days. It was good to catch up with him and he was easy to spot as he was donned in Redditch Tri-Club gear. Russell's initial plan was to stick with me and Ian until we dropped him. Pah, Russell dropped us almost immediately - we did cycle sections together here and there throughout the event though. 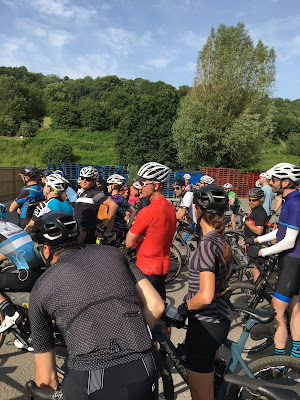 I  cycled this event twice last year, in both directions, un-officially. This year, I cycled the official event and was pleased the route had changed somewhat. The event was the same 100k self-supported, no frills gravel ride that included a wonderful variety of single track, double track, highways and byways of the Cotswolds across it's rolling countryside and saw-tooth profile of the Cotswold Edge. This edition, however, was much easier and had far less hike-a-bike sections. It's a shame that the Fosse Way was not included as that's a pretty fast rolling section. Like previous editions, this event was run in XDuro format - 4 timed segments and heaps of non-timed bits.

The first segment came almost straightaway at the 3k mark. It was a 0.5k climb. Most cyclists were off their bikes and pushing this steep climb. I lost traction at almost the foot of the climb but am pleased to report, I got back on and cycled to the summit. Someone commented 'Oh, you know it's summer when someone climbs a hill wearing flip-flops' (of course, I was wearing my SPD sandals). Despite not racing this event, I was pleased with my segment time (4:33). For whatever reason, my times were not published at the finish (despite appearing on Strava)?! 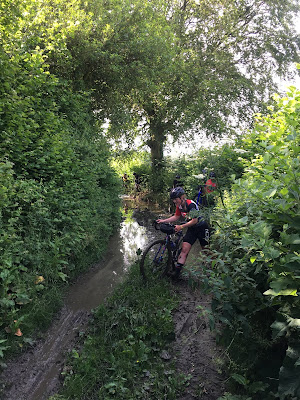 The second segment came and went without me even noticing it. What I do recall though was some really muddy sections (bike-a-hike sections but not due to a un-rideable climb) and major steep down-hill muddy sections. I remember the weather too - a gorgeous day, so hot and sunny, must have been in the 30's! 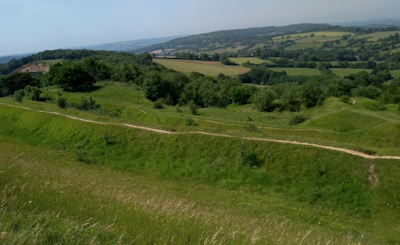 Ian and I stuck together pretty much throughout the event, just losing each other here and there. Was great cycling together and catching up. Always great to ride an epic event with company!
We stopped for lunch at about the half-way mark. It was so hot, I downed 2 pints of coke almost immediately and munched on a tasty avocado and chicken baguette with fries. Delicious. Not long after leaving the pub, I had to return as I had forgotten my water bottles d'oh!
For a change, the next timed segment was a down hill. Nice to feel the breeze on these speedy descents. Views and sights all around were pretty amazing.
The last timed segment was around a big golf course. We stopped here and found a welcome tap. This tap filled our bottles and was great to pour water over my head and cap in an attempt to cool down. Once we had completed the loop, we re-traced our steps back to the tap and cooled once more.

Amongst my muddled memories before we reached the finish was the fact that there were brambles here and there which cut my legs and arms. There appeared to be lots of Italians on this ride. We cycled lots of wooded areas with many different tracks to choose. I punctured once. Ian made rather splendid flap jacks. Lots of nettles stung my poor legs. It was really rather splendid.

Super cool to reach the finish knowing that we had completed this really awesome event ('officially' too). We celebrated with a can of coke and some story telling. Right at the end, a random guy asked 'Are you Doo?'. This random guy was 'Rich', who reported he had been stalking my blog. How ace is that! I'm all for folk stalking my blog and should that be you, well, become a follower and post me a message! You never know when our wheels might meet!
at July 01, 2019