Did not swim at all this week. Is ok, had a prepared excuse. It was half term this week and did not wish to share a pool with a bunch of teeny-boppers.
Cycling proved a little problematic. Had hoped to use my road bike this week, but the weather put pay to that - lots of snow and ice! However, used 'the specialized' for 1 trip home from work, which was all good except for my cold feet (had forgotten my socks). Scotty managed a few trips. The first trip was with Ron and we cycled a variation of 'Ron's 1 hour loop' with 'sting'. The second was a nostalgic trip down memory lane - I cycled past old address's of mine, my brother and my cousin. The final trip was the good old 'deer sting' route. 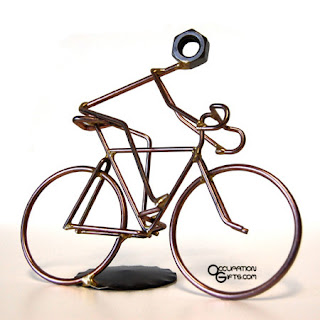 My medal from the Snowdrop Express Audax arrived this week. The medal wasn't a medal at all really, it was a badge. Even so, it looked pretty awesome and read 'POPULAIRE 100KM AUDAX UK'. I have a total of 3 medals now (the other 2 were for sledging in the Arctic Circle and completing a half marathon respectively). Filled in and posted entry forms for the Cheltenham Flyer 203k audax and the Droitwich - Towcester 218k audax which take place during march and april. 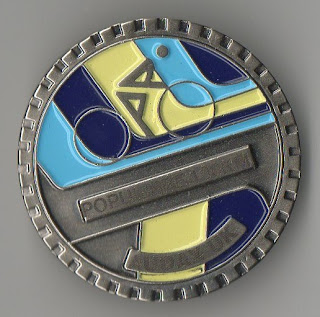 Completed three 40 min runs. The first and second run were both with Cody and we ran cross country style over Henley and Studley fields. The third run was a road run of the (extended) Studley Triangle route. I really enjoyed the last run. There is the prospect that I may have a 'new' running partner too, will keep folk posted.
'There's nothing wrong with dreaming, dreaming helps us achieve more, you dream away ..., dream like never before!'
Weekly totals: Did not swim; Cycled 72 miles; Ran for 2 hours; Skipped for 5 mins.
at February 21, 2010