First ride of the week was a blast on my MTB. This was a bit of a naff route really as I was just ‘searching for dragons’. Sadly, I didn’t find any dragons but became lost on a few occasions despite cycling relatively local to my domicile.
My second ride was a blast to the Lickey Hills and back using my road bike. Essentially I improved on a route that I created and rode a short time back. Have named this route the ‘Cofton Hacket Hack’. Route still requires a few changes but less busy roads were travelled compared to the previous version. A mate of mine cycled the previous version and said he enjoyed it.
My biggest  ride of the week was the Cheltenham (Old Clee Hill) Flyer, a 200k audax event organised by Stephen Poulton. This event scored no AAA points but was hilly all the same. This was the second time I rode this event and on reflection was probably not so hard this time around.

I officially started the audax from the Alcester Control. The Globe roundabout making a nice photo for the start point. My actual start was home but my starting POP was in Alcester. 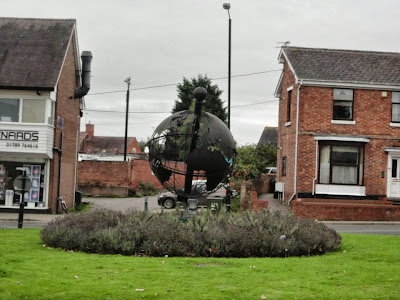 The first 40k or so were pretty fine on essentially good roads. That ‘undulating road’ from Alcester to Astwood Bank was cycled early on and didn’t prove too menace at all (more often than not, have tackled this section on a single speed). A pretty nice route took me all the way to the first control in Bewdley. Bewdley made me think of my Dad, am sure he frequented these parts as a lad.

Bewdley to Ludlow was a hilly affair. Very pretty sights and countryside but hilly. Lots of hills on this ride and Clee Hill, Callow Hill and Gravel Hill during this particular section. 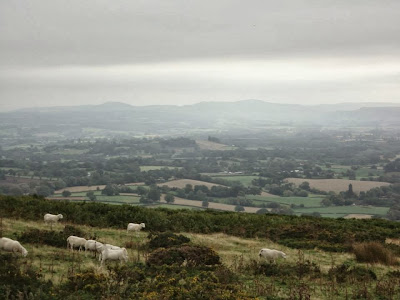 Ludlow to Ledbury was quite undulating but not overly hilly. Have cycled many of these roads on previous occasions but usually from the opposing direction. I quite liked the landmark for the Ledbury control. 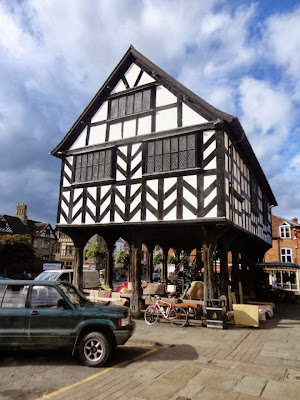 From Ledbury, Coombe Hill was cycled to reach Cheltenham. This was no major challenge really, I just wanted to point out the frequency of hills! I stopped at McDonalds for necessary fuelling.

Cheltenham to Alcester was also a hilly affair. Having to climb Cleeve Hill from the harder side was a real sting in the tail. Nice descent from the other side of hill though that led speedily to the pretty Winchcombe. From Winchcombe, I cycled through Evesham to finally reach the arrivee in Alcester. A further few k took me home.
Cycled just over 205k during the Cheltenham Old Clee Hill Flyer in a time of 10 hours and 22 minutes. As can be seen from the route track above and the profile below, it really was a hilly fair. I asked Steve (organiser) why no AAA points were awarded. This was Steve's reply 'I studied the profile closely to see if I could AAA it. Though some big hills, they are spaced and there are many 'just undulating' short 'energy-sapping' climbs. The biggies are Cleeve Hill and, of course, Clee Hill. Need 2750m for AAA, or a continuous 100km at AAA pace; sadly, I could not muster. But it is a lovely route and offers super views from Clee and a terrific descent to Ludlow!' Steve was absolutely right, it was a lovely route with super views. Why not try it yourself?!
At the end of the week, I had cycled a total distance of 307k. My yearly distance to date now stands at 9,881k.
at September 24, 2013