This post records the last few rides up until the end of the 2013 audax season!

First ride of the week was a rendition of Ron's MTB safari.
Next up was a route I created myself. Pleased to inform that I made the necessary changes to my Cofton Hacket Hack route. Very pleased with this final version as very little main road is now encountered.
My last cycle before the season was out, was the classic Deer route. I cycled this reverse way around with Aid. Such a nice route, Aid has yet to cycle it the usual way round.

So, what about the 2013 audax season? Well, below is a list of all my completed audax rides for that season. The date, points, AAA points and climb (where known) is also recorded. 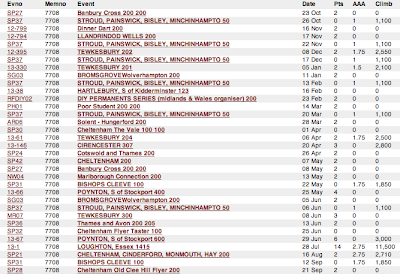 The Brevet series are a bunch of awards to 'encourage the rider to keep going over several years'. I started audax cycling in 2010 and have now obtained my Brevet 4000 award (an award for cycling 20x200k events over any period of time). Have actually cycled 37x200k events to date. 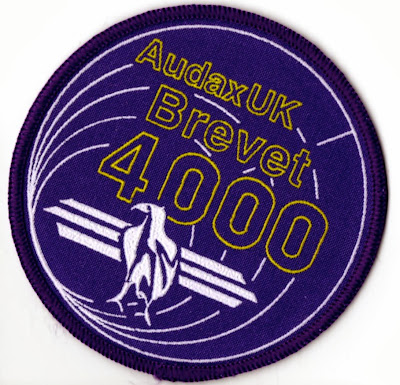 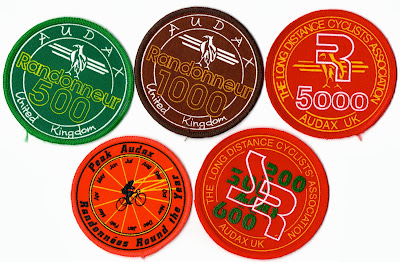 Within the Audax Altitude Awards (AAA), I was very pleased to obtain my first AAA triple award. The AAA triple award is for completing 3 AAA awards over any period of time (ie 60 points). My total AAA points to date is 66. My final AAA award was my first AAARRtY which was an award for cycling a AAA event for 12 consecutive months. Very pleased with my AAARRtY award as I missed out last season by just 1 month! 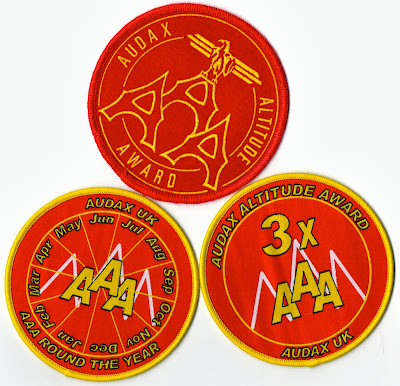 So what about the 2014 season?! Well, I would love to ride another SR series and complete another RRtY and AAARRtY. In addition to that, I would so love to cycle a team event (an 'arrow') and complete a 1,000k event (to qualify for the Brevet 5000 award). There are also new awards within AAA for the century, half century and quarter century. I might try for a quarter century award where I have to obtain 25 AAA points within the season.