This week saw me adopt a tortoise. Ever since I was a small child, I had wanted to own a tortoise. My dad had promised he'd get me one when I was little, however, many decades later and no such promise fulfilled. SJ got me a fake plastic (but very real looking and convincing) tortoise for Christmas last year (including box and bedding). This year, I think I had the last laugh when I turned up at home with a real tortoise complete with table. Welcome Mr Timmy Wide-Eye(s)!
Timmy Wide-Eye (named by my daughter Lunar) is a Horsfield (aka 'Russian') tortoise. Interestingly, this was the first animal to ever leave the Earth's orbit. The Soviet Zond 5 mission (September 1968) took 2 of these tortoises around the Moon and returned them safely to Earth. How fitting 'Lunar' now has a 'Russian' tortoise.

Sadly, my training wasn't quite as interesting as my new tortoise. Just like the tortoise though, all my training was indoors. No commutes and no long distance cycled. I did attempt a commute but cycled like 20m before turning back - the road was like a frozen river and just too dangerous. I guess using my indoor trainer was better than nothing but am a little concerned that my training has greatly reduced.

Have eaten well this week (what's new huh?)! It was my work do on Friday and a traditional Christmas lunch was consumed. Timmy Wide-Eye didn't eat so great. Initially, I though that perhaps Mr Wide-Eye was anorexic - he didn't eat anything for the first few nights at his new domicile. My anxieties reduced when he finally did eat (cucumber and cucumber flavoured pellets) and when I read that he was a cold-blooded creature and essentially didn't require heaps of energy. Apparently, 5 feeds a week is good enough for a Horsfield tortoise and each food should consist of what they are able to devour in 20-30 minutes. It appears they eat less in winter and more in summer too.

Just like my training, looking after Mr Wide-Eye will be an ongoing menace, ha! He is currently living on a floor of pellets (substrate). Despite him not complaining, my research suggests that they like to burrow and dig. With my research in mind, I have ordered some compressed coconut coir (Zoo Med) substrate which is apparently 'the best' and is the 'fuzz of coconuts'. I will mix this with play sand to ensure the coir is not too damp - the sand reduces the amount of moisture it holds to a level more suited for Horsfields. 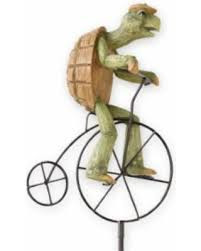 Finished my training for the week with a run around my village. That was my first run for something like 6 weeks. Felt good to be out running once again.

Training plans can get confusing, however, I have a pencilled training plan in action. Hopefully, this plan will enable me to cycle and finish the TAW without getting 'scratched'. Lunar said that Mr Wide-Eye had scratched here. Looking after and caring for him gets confusing - have been given lots of contradictory information relating to how long he should be under a light and heat lamp for. Am hoping my training and tortoise knowledge will both increase over the coming months. 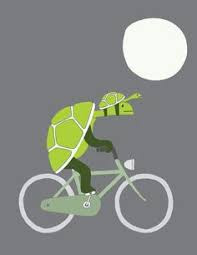