What an awesome week I've had. A week away from work! Lot's of cycling, running and adventure - just felt compelled to blog about it.

The very first day of the week began with both a run and a cycle. It's been a while since I ever did that sort of 'brick' nonsense. I guess I'm not really a triathlete anymore. Our friends (Dave and Joanna) visited today too and it was nice spending a day with family and friends. 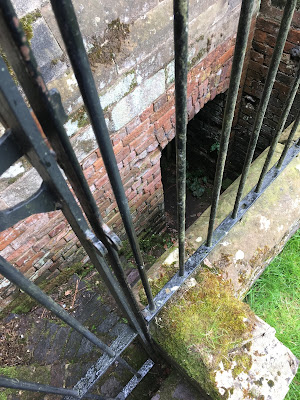 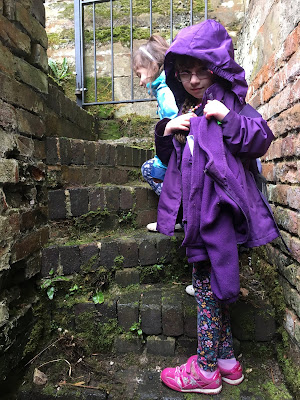 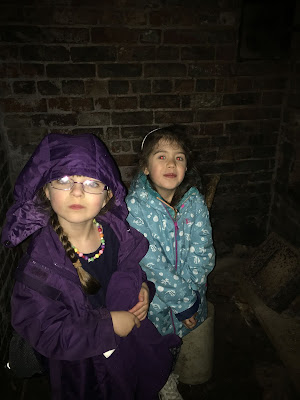 Tuesday was a family day spent at Hanbury Hall. This was a really nice National Trust site where we enjoyed a walk, lunch and visit to the nearby church. Our friend Anna and her rug-rats spent the day with us too. Have cycled past this church so many times but this was the first venture actually inside it. Lunar, Jessica and I also found a secret tomb which was pretty ace. Not long after the below pics were taken, I stretched my legs a little too far and my trouser fly split. What a day!
Wednesday was a lovely sunny day. Took my kids for a nice walk over the Studley fields and we visited the church at the bottom. Bonus - the church was actually open (is usually closed) so my kids were able to wander inside for the first time. My wife joined us shortly after and how great to spend the day as a family again.
Later in the day we cooked outdoors using our new camp cooker and I have to say it's awesome. Sausage and steak for me! After a lovely lunch, tea followed not long after and that was a tasty pizza. Evening came and that meant a cycle and a stop at Purity brewery (and The Lark).
Felt a tad rough when I awoke Thursday morning. Only one thing for it - a cycle and a run. Cycled to Hanbury Church again and re-remembered Monday's adventure. Saw a 'nest' of ladybugs which completely blew my mind - had never seen anything like that before. I actually saw a 'loveliness' of ladybugs, as that is what a group of the bugs are called. How lovely. My run was over the fields near my home and oh man, the pollen could be smelt in the air. Hay fever menace!
Caught up with my blind buddy Roger on Friday. We cycled to Hanbury (my 3rd visit this week) on his tandem and back. As usual we stopped for a tasty breakfast. So sunny today, spent the afternoon in the garden with my family. They made mud cakes and enjoyed a splash in the paddling pool. I cleaned my bike and enjoyed a beer with my wife (I had not forgotten SJ on my Purity trip and purchased these bottles for her whilst there). My dad rocked up too and informed me he had cleaned my car - bless him.
Saturday saw me complete my PAM (ParkRun-a-Month) for April. I was disappointed with my time of 23:12 as I was slowly improving month by month this year, with last months run being 22:39. I guess the excess of food and beer did not help. This was my 23rd ParkRun to date and I finished 73/460. My fastest ParkRun time remains 21:39. 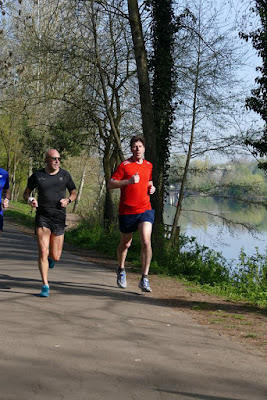 Following the ParkRun, I went on an Easter walk with my Ecclesia. We must have walked about 5k on this beautifully sunny day. My daughter Lunar walked with me and we both found a hidden tunnel - bonus!
After our walk, we met up with other folk from my Ecclesia and had a great lunch at the Bennett's. Nice to fraternise (and have a few winks in the garden) before SJ took me for a hot pod yoga session. Don't think I could have fitted much more into this day.
Finished the week by running a further 5k and completing April's BAM (bivvy-a-month) challenge. Ron randomly asked if I fancied a wild camp. Of course I did! We cycled to a secret destination which we previously dubbed 'The Cart Woods'. (Secret destination coordinates were flexibly.victor.gracing). 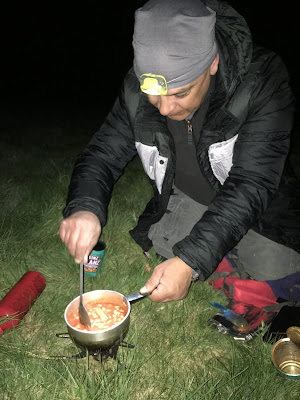 After pitching camp (bivvy for me, tent for Ron) we got down to some cooking. Sausage and beans - delicious. I renamed the woods the 'A La Carte Woods'. Ha! This delicious meal was washed down with some miniature whiskeys - one was 16 years old (I think) and very nice, it was a Tomintoul delight. The other was a Glenfiddich and not quite so nice.

The whiskey helped us settle down for the night. The sky was beautiful and starry, however, the moon could not be seen. Not until 3 a.m. anyway, then a bright (nearly full) moon shone. This was the Pink Moon and how great to camp out beneath it. 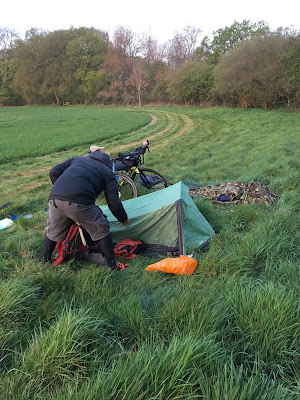 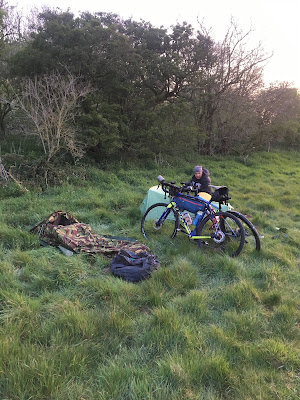 Got a tad cold in the night but was on the whole ok. I thought the  night was going to be warmer than it was (guess it's not quite summer yet). Real nice to see the sun rise in the morning (and indicate which direction we were facing). Chuckled when morning light came that we managed to pitch camp in the dark (and reflected on the many stinging nettles that stung my fingers). A quick porridge and a cup of tea before dismantling camp and returning home to my family.

What an awesome week. Had some much fun and wham, completed a PAM and a BAM! Work definitely gets in the way of adventure!