On Monday, I decided I would ride the ‘Marlborough Connection 200’. This was a 205k permanent audax event organised by Nik Windle. I had hoped to cycle this same event last week. I was excited about cycling this event, as I’m sure I had read that the route passed one of the famous Wiltshire White Horses and passed Sibury Hill too – am not sure where I read this and could not find a source to confirm same. Guessed the best thing to do was ride it and find out for myself!

The ride started from Woodstock, a pretty area that I had cycled to recently during the ‘Banbury Cross’ and ‘Cotswold and Thames’ events. I started a little later than I had wanted to as the M40 traffic (to get to start) was horrific. The roads were lovely from the start and remained that way till the end. This really was a lovely route. A map of my route is presented below, and as you can see it forms the shape of a heart. 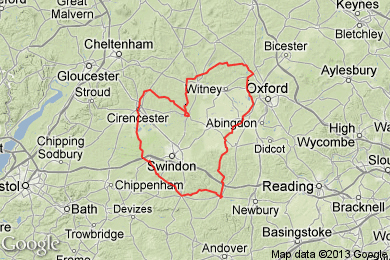 I told my wife SJ, that the route was this heart-shape as I was thinking about her the whole time. I saw lots of ‘white horses’ early on during this first stage. These white horses were pointing to bridleways. Horses for courses – I sped down this valley called ‘Race Horse Valley’ and even with a head wind reached speeds of about 60kph!

The first control was in Hungerford. I stopped to get a bank statement for POP and eat a bag of nuts. Whilst I was munching away, a random guy asked if he could take my photo. This ‘random guy’, was a photographer called Geoff Hawkins. Geoff explained to me he was doing a project where he would photograph a stranger each day for 365 days. He gave me a card with details of his website and said to check there later and see my picture. His website can be found here: www.365strangers.co.uk I checked (once at home) and my picture was not there, it appears Geoff prefers to publish pictures of the ladies… Engaged in conversation for a short while with Geoff about bike related stuff. I told him my next stop would be Wootton Bassett – he informed me that it is now called ‘Royal’ Wootton Bassett. Without further ado, I left for Royal Wootton Bassett.

Beautiful roads took me from Hungerford all the way to the next control. Despite not being an overly hilly route, undulations were frequently encountered. A representation of the profile is shown below:

Whilst cycling on top of one valley, I’m sure I could see what looked like West Kennet Avenue – a series of standing stones all in a row. The stones (if indeed that’s what they were) were too far out to really see or photograph, but it really did make me wonder. After reaching the top of this valley, whoosh - it sure enough descended big time. 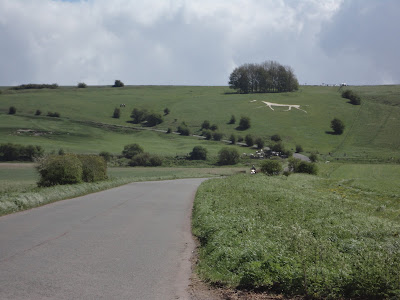 As I flew down the hill, something made me turn around. Not sure what made me turn my head, but I’m so gald I did because I spotted what must be the Marlborough White Horse. Yay! I found the horse but did not spot Silbury Hill at all. 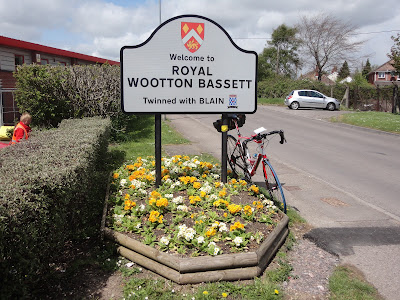 After cycling about a further 10k, I reached the control. Geoff was right, I had reached ‘Royal’ Wootton Bassett. Wootto Bassett deserved it’s royal status as it was such a pretty area. I stopped at a café for lunch – beans and scrambled eggs on toast on this occasion. 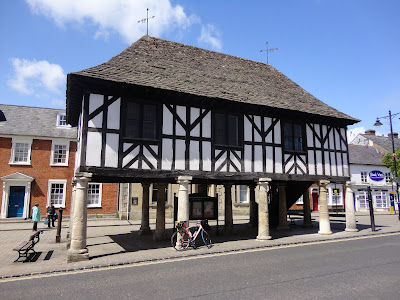 Leaving Royal Wootton Bassett I headed for Lechlade. The previous headwind was now a lovely tailwind. This ride just kept improving all the while! Stopped in Calmsden just to answer the info control. Last post Monday to Friday was 4.15 p.m! 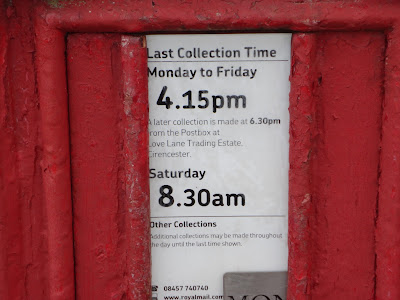 Just before reaching control in Lechlade, I met Bill at Hatherop. Or was it Ben? I don’t know, perhaps I’ll meet him again?! 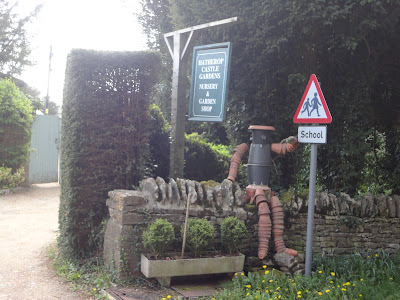 Left Lechlade and had thoughts of previous events again as have now cycled much around these parts. During this stage, I stopped on 3 occasions to take photographs. I stopped because I witnessed a group of deer. Is that called a ‘herd’?! (The deer may have been spotted earlier, I really can't recall).

I witnessed a fantastic rainbow. In fact, I saw a double rainbow at one point. This made me think about God and his wonderful creation and promises.

I also stopped at a place called ‘The Barringtons’, to answer the info control. A chap called P.I. Hands was remembered on some memorial. I doubt I will remember that name for long. I will remember this ride for a long time! 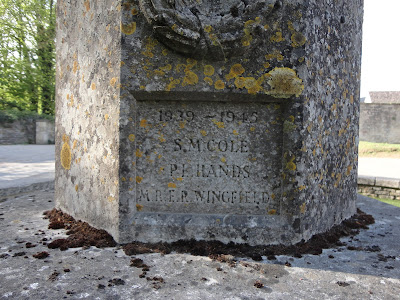 The last 15k was menace. The heavens opened and I got drenched and looked like a drowned rat. Despite this, I actually enjoyed it and had a great days ride. Reached Woodstock feeling great. I had cycled 206k on fantastic roads with great weather up until the last 15k. This ride took me 10 hours and 11 minutes and was hard to believe so much fantastic road could be ridden for that length of time. Perhaps I’ll ride this one again…
at May 14, 2013