Funny old start to my training this week. I only went out once mid-week but completed 2 separate cycling adventures. Quite bizarre using 2 different machines in the same day.

My first adventure was on my road bike. I cycled my new ‘BG SR 2’ route from last week. This time around, I cycled much faster. I changed the route ever so slightly by avoiding the busy (dual carriageway) A435 on the return leg and instead cycled through Alcester. I like this route and am sure to cycle it again. My 'new improved' route is presented below: 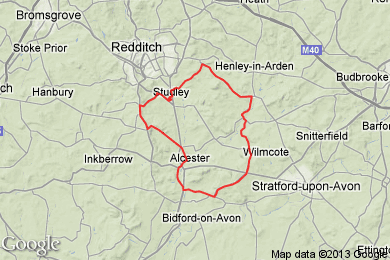 My next same-day adventure was ‘The Cotswold Corker’ 100k audax. This was an awesome event that I had ridden a fair few times before. As is usually my style, I used my mountain bike. The route I took is presented below: 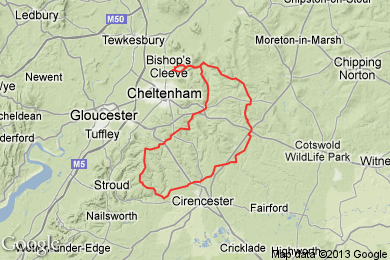 I started the Cotswold Corker from Winchcombe and 3 big hills were battled to reach Bishops Cleeve and then Northleach. These hills were Bushcombe Lane Hill, Cleeve Hill and Sudeley Hill. The biggest of which reached a reported 27% (road sign states 25%). 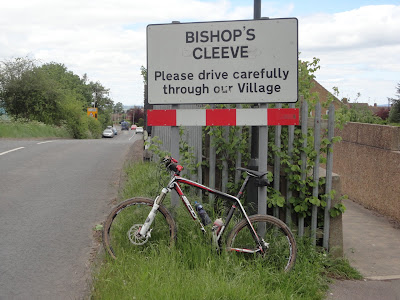 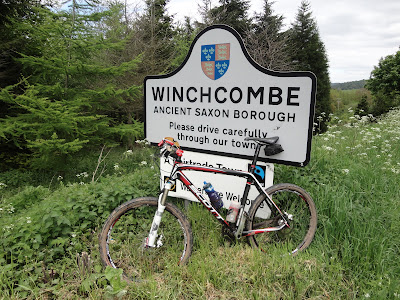 The rest of the route continued in a hilly style but not quite as severe as the start. Was looking forward to reaching Bisley and planned to use the Post Office for POP as they usually oblige by stamping my brevet card. This time around, the Post Office was closed. Worse still, the 2 pubs nearby were also closed. No stamp and no dinner! I stopped at a Murco garage just a wee bit further along to refuel. 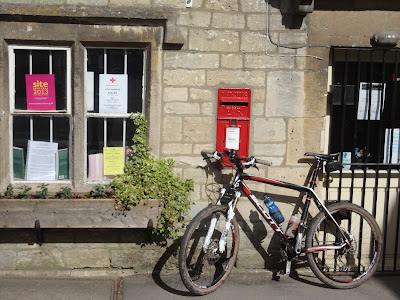 At around the 77k mark, somewhere between Bisley and Andoversford, I stopped. I stopped to take a photo of a Stone Circle. I had no idea which stone circle this was but after passing it on so many occasions decided I must stop and take a photo of it! Once home I tried to research this circle and find out more about it but with no success. Does anyone know anything about this circle? 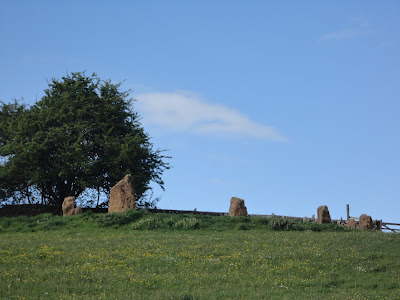 Once in Andoversford it was a lovely descent before the final climb back to Winchcombe. After the final climb, it was the final descent back to the arrivee! This was an awesome 100k ride, with over 1,500 metres of climbing. I finished the event in just over 5 and a half hours (5:39). Oh, and I got my much needed AAA point for May (1.75 AAA to be precise!) Hurrah!
at May 24, 2013