This week I completed a ‘new-to-me’ audax event. This event was the ‘Cheltenham, Thames and Avon 200’, a permanent audax event organised by Stephen Poulton. This was a tough event and below I have presented my summary. 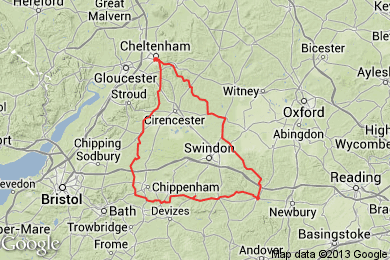 Lots of problems were faced early on. It took me a while to find suitable parking in Cheltenham (an internet search had given me a non-existent car park) and the traffic was heavy. Eventually, a back street was found and I started out. It was wet and miserable and in my haste I had forgotten 1 of my 2 water bottles. Grr, the water bottle I had was empty. I found an ATM for my first POP and then headed along the A40 in the pouring rain. Within 10k I had reached my first climb which took me to the Cotswolds. The rain had caused all sorts of muck and debris to cover the roads and the sound of this stuff rubbing again my brake blocks was quite irritating. The views of the Cotswolds were as stunning as ever. The descents were quite scary with the roads being as wet and debris covered as they were. After 40k I finally reached the control in Fairford and was able to have a drink at last. I purchased much water here to save me from dehydrating and to fill my empty bottle.

From Fairford I crossed the ‘Valley of the White Horse’, that is Uffington White Horse, to the Wilshire Downs. I didn’t really get a good view of said horse but that was okay as I had visited this Horse before. Cycling from Ridgeway to Lambourn, I was in the ‘Valley of the Racehorse’. This valley was a little disappointing, as the last time I was in this very same valley (during the Marlborough Connection perm – MC200) I must have been in a different location as I had the most super zoomy descent. The rain had eased a little during this section but had started up again once I had reached the control in Hungerford. I stopped at the control just to buy some more water and pick up a free newspaper and then continued on. 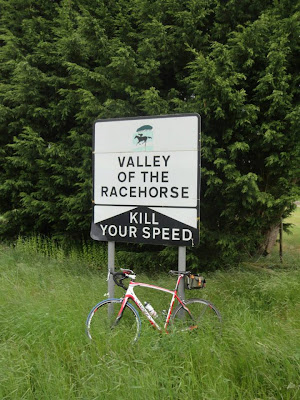 Just outside Hungerford, I found what I had been looking for – a suitable bus stop shelter. I stopped here to eat my lunch (sandwiches I had prepared at home) and filled my shoes with the newspaper - just to dry them out a little. This was a pretty little stop. 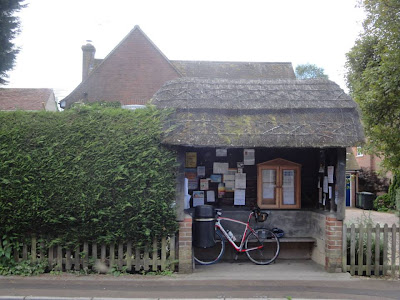 Not long after leaving my shelter, I had to stop again. This stop was in Ramsbury, where I had to name a cottage for information control purposes. The cottage was called 'Newtown Lodge'. Ramsbury had signs stating that there barley was grown for local beer.

This next part of my adventure was probably the best despite severe headwinds of gale force nature! I passed through Marlborough and went straight past Marlborough White Horse without seeing it. Had visited this said horse before and reckon it’s probably the least impressive of the white horses in Wiltshire. The route sheet suggests you will see this horse on the left, but that was not the case. The actual horse is located behind the college near to some tennis courts. Sure enough, I stopped at the Ridgeway and Sanctuary and took the following photo. 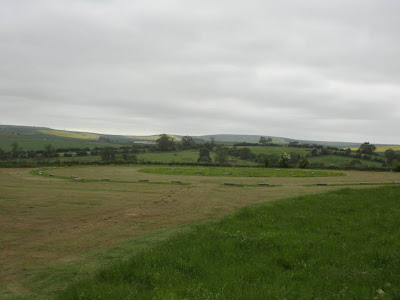 A little further ahead was West Kennet Long Barrow. I took a photo, though the barrow was quite far off. Again, I had visited this barrow in the past and if time had permitted, I may have taken a trek to there again. On my right was Silbury Hill, the largest man-made hill in Europe. 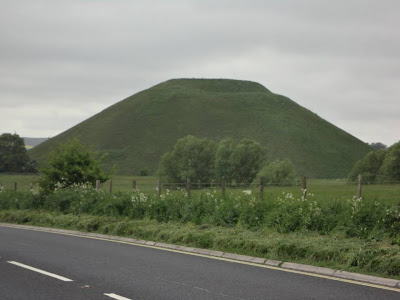 Once past Silbury Hill, I went off-route deliberately. I could not possibly pass through Avebury without making a visit to the Stone Circle and Henge. Wow, I had cycled to Avebury Stone Circle! This was the first time I had taken my bike inside a stone circle! Leaving the Stone Circle, I got a nice view of Silbury Hill from this different direction. 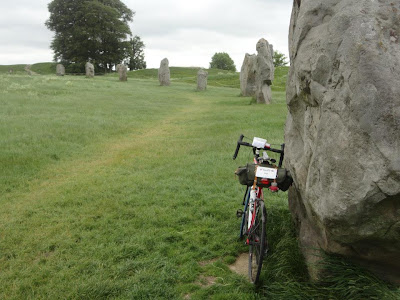 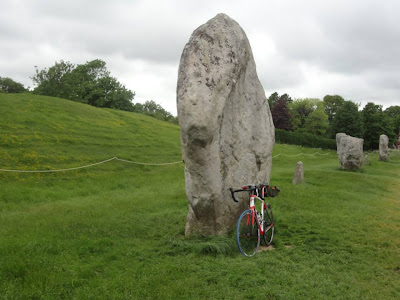 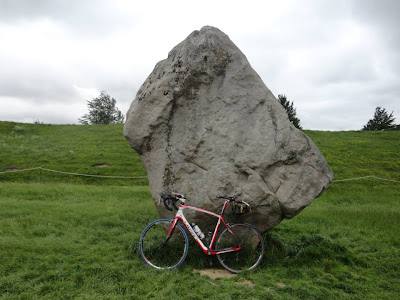 Taking this off-route course also enabled me to view the Adam and Eve stones – a pair of standing stones. Wow. So many ancient settlements – made the headwinds worthwhile! 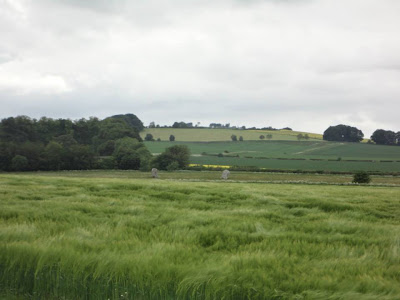 One more treat was to be had as I continued my journey heading for Calne. On a particular descent, I turned my head and there was Cherhill White Horse. Much more spectacular than Marlborough White Horse. 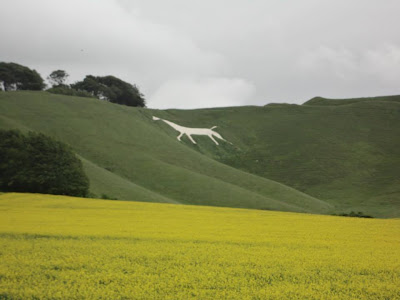 A fight with severe headwind took me though Lacock and eventually to the control in Corsham. I don’t think I had ever cycled here before. I stopped at a local store and purchased more water and chocolate for POP.

The last stage was perhaps the longest stage but thankfully it was not the most difficult. The headwind had shifted into more of a sidewind and I am sure there was less ascent and more descent. The roads were (on the whole) nicely surfaced and lanesy. This section was quite isolative with nowhere to purchase food and water (must remember this should I cycle it again). At one point, I swore I saw a giraffe standing in a field – on closer inspection it was a horse wearing a giraffe patterned coat. I passed through Grittleton, Tetbury, Cherington and Winstone via these pretty lovely lanes. The final treat occurred once I had hit Elkstone, as it was here I was rewarded with a fast descent down Bubb’s Hill and after just a little climb was awarded with a final descent back down to the arrivee in Cheltenham.