No Pain but Melanie Pain

This update has been posted a day late due to work demands. Work often gets in the way of fun. Am sure there is more fun to come.


Ran on 2 occasions during the week. The first run was around the Studley triangle. My second run was with Cody and we ran over the fields of Studley. England remains very cold this time of year and running requires great motivation.


Only cycled on 2 occasions during the week too. The first trip was a spin around the Deer route with Ron. My second trip was a cross country trek over fields in Astwood Bank and heading back into Studley via the castle.


Not a great amount of activity but the week finished with an awesome Melanie Pain gig. The pic below from left to right is Myself, Melainie Pain, SJ and Paul (an accompanying musician). Next week I may encounter a different pain as another 200k audax is planned. 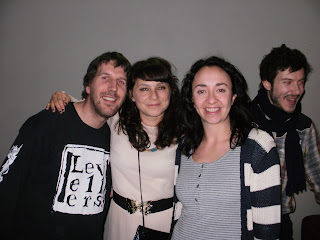 A new beginning and a Willy Warmer! 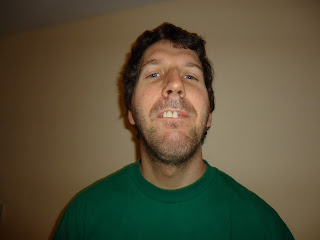 After ending this blog and starting a new one, I felt major withdrawal symptoms - so much so, that I decided to resurrect this blog. My 'new' blog messed with my head too much, was too technical for the likes of me. This was a tried and tested blog that had just one major drawback - folk couldn't comment on here unless they had a google account. Folk still can't comment on here without a google account. Oh well ... This old blog is now officially my new blog and all adventures and the likes will be recorded here.


Ok, a quick update from the beginning of the year. Well, will actually begin with yesteryear. This blog mostly records my cycling stories and in 2009 I was able to record that I had cycled 3,160 miles. Last year I cycled 5,287 miles. This year, I don't know how far I'll cycle, but rest assured I will record the mileage.


Started the year reasonably well and have cycled Scotty (the mountain bike) on numerous occasions. Scotty hasn't taken part in any planned events as yet, this year. However, Scotty has cycled a fair few miles and has been out with both Ron and John.


Cayo (the road bike) has done reasonably well too. She has led mostly a sheltered life this year, being ridden indoors (on rollers) due to the horrendous wintery conditions. However, Cayo took part in a recent audax event which I will post details about shortly.


In addition to cycling, this year has seen me play badminton and run too. Thus far have played 2 sessions of baminton with my girl friend 'Sarahjane' (SJ). We are both quite naff at the game but have enjoyed playing and hope we will both improve with time. Match results have always been close. Running has been fun too but requires a little more effort. The first run of the year was with SJ and Cody (my fury minion) around Worcester race course. We were all pooped, but it felt good - so much so that I have continued to run with both SJ and Cody, and to top that have completed a couple of solo runs too.


So this year has been kind to me thus far and has seen me play badminton, run (road, x-country and trail) and cycle (road and off road). This week witnessed me walk, run and cycle too, which was all good preperation for the Willy Warmer 213k audax in Chalfont St Peter. This was my first audax event this year and my 12th such event to date.


After spending the night at my sister Jane's house, I rocked up to the Chalfont St Peter Community Centre ready for the start of The Willy Warmer audax. It was a wet and chilly morning. I was running a little late but met up with my buddy Chris Hodge just in time to make the 7.30 a.m start. We were virtually the last to leave and missed the brief they always give at the start. Chris was well prepared, donning a full waterproof kit - I just had a waterproof jacket and overshoes.


The first stage of this event was relatively easy going despite the rain and chills. Chris and I chatted mostly and followed other cyclists so that we wouldn't have to navigate. We had a lot to catch up on and it seemed the more we chatted, the more we had to catch the other cyclists up! After a while we were alone and had to require on my navigational skills. It was soon apparent that we had missed a turn and so had to back track a wee bit. Once back on route we spotted a orange nosed reindeer and had to stop to take pics (as Chris loves his orange) and eat Chris's home made flap-jacks which just getter better each time he cooks a batch. After this stop we sped on and caught up some other cyclists, passed them and hit the first control in Pangbourne. Suitably named I thought, as I had hunger pangs. This control was the Lou La Belle Cafe and they took forever to serve us our beans on toast and tea. The beans were delicious however and the tea came in a massive tea pot - I must have drank at least 3 cups and Chris 2 and there was still lots left. In the cafe we spotted a number of funny looking cyclists and joked to ourselves about same. 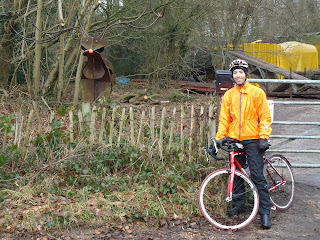 The next leg required me to navigate some more. This was a bad move as I took a wrong turn (or possibly missed a turn). I felt a little better once Chris's Sat Nav made us repeat a complete loop. The rain would stop and start and on occasions and we both felt a little chilly but on the whole we felt good and the scenery was stunning. We spotted a rainbow and some ferrets amongst other things whilst cycling. Lots of Ministy of Defence places were passed and shots being fired could be heard (actually clay pigeon shooters). We got to the control in time for a well deserved lunch. I ate sausage, beans, egg and chips. As we left this control - The Tutti Pole Cafe in Hungerford, we met this German guy on a mountain bike just entering the control. German guy said he was doing an audax in India tomorrow too - crazy!


If my memory serves me correct, Chris and I tackled the next section as a lone pair. We again relied on my navigational skills and to be fair were doing ok. We even remembered to stop and answer the questions at the info controls (an excuse to eat more flap jacks and banana's too). Suprisingly we both still felt good and no major aches or pains were experienced. It was starting to get dark now but we managed to get to the next control without problem. This control was Sainsbury's in Winnersh. I purchased 3 pastie's, a sausage roll and 4 chicken fillets which were shared with Chris. Mmm. At this control I spotted my front tyre had developed a bulge. This was major menace. On a previous audax my tyre had developed a bulge too. Both these tyres were Schwalbe Ultremo's and I vow never to buy Schwalbe Ultremo's again. Luckily, amongst the group of funny looking cyclists we were joking about before were here and were able to sell me a new tyre. This new tyre was a Vittoria Rubino (and cost me £20). The tryre was a menace to get on, but on it went and so did we, as a group this time. (Incidentally, Chris's tyres are also Vittoria Rubino's).


This last leg was in the dark. I don't particularly like cycling a road bike in the dark. Maybe if I had better lights my experience mught be better. I had no rear light (it died) and was only using my Ay-Up helmet mounted lights at the front (which were nearly power drained). I was glad we were cycling as a group, it made me feel safer and was nice to chat with others. We got lost at some point (I was not the navigator) and subsequently Chris was made chief navigator and we had to rely on him and his Sat Nav to get us back to the Arrivee. Chris did a grand job and we were all back at the arrivee safe and sound before too long. Our group didn't make it to the end in time for BRM status, the controller commenting 'you won't be getting to France with this time' (ie could not use this event as a qualifier for PBP) but was still awarded BP or BR status (ie was still a completed 200k audax and could still be used for awards such as 'round the year' etc). All round a good ride and was nice to catch up with Chris (this was his first 200). As for the fate of the German guy, we don't know. An old man was waiting for the German and believed he was only 6k behind (I reckon more like 60k) - I really don't think he'll be cycling in India tomorrow! Oh, and a big thanks to Chris for providing me with the much needed blood transfusion... 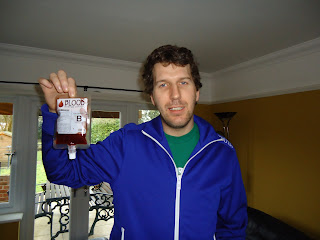 All apologies for failing to blog for so long. Christmas kicked in and I found multiple excuses to stay away from my bike. And now this poor blog is coming to an end. 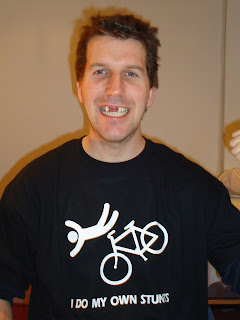 
After a relatively lengthy break, I managed to do some cycling on both my bikes (Cayo and Scotty) just before the year ended. On Wednesday, Ron and I took our mountain bikes out in the cold, wet, slushy conditions and cycled the familiar deer route. This route has become a favourite of ours and on the last run of this ride, the electric lit up deer (from where the route name came from) was shining bright. Happy times.


The last cycle of this year was on my road bike. Ron and I met up with another 7 guys from Wythall - 'the Wythall group'. We cycled in the cold wet conditions to a cafe for a full English breakfast. It was with the Wythall group that I smashed out my teeth and broke my arm - am pleased to report that this last trek was incident free! 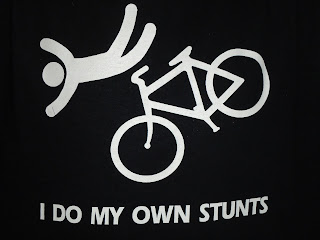 This has been a great cycling year for me and I would like to conclude this blog by sharing a few statistics. This year I cycled my first ever off road event (and cycled 2 such events throughout the year), completed my second LEJOG trip, cycled from London to Paris and then on to Geneva, cycled my first audax (and have now cycled 11 such events) and cycled a sportive event! I have met a whole bunch of interesting folk during my travels and had such a great time which has enabled this blog to run it's duaration. I guess the audax events became my most frequent type of cycling and of the 11 events I rode, the distances are as follows: 1 x 50k, 5 x 100k, 4 x 200k and 1 x 300k. A number of these rides scored points - my total AUK points were 11 and I scored 4 AAA points.

For those who enjoyed reading about my cycling and related adventures, you'll be pleased to know that despite this blog being terminated, a new one is about to begin. I am keeping a new blog, which is more reader friendly and will allow readers to post comments, tips, advice or other such nonsense freely and easily. This new blog will kick off very soon (hopefully 1 Jan 2011) and can be found here: http://doonooblog.wordpress.com/ Please visit, follow my adventures and post me a comment. Thankyou to all those that followed my blog, shared my adventures and touched my life. Happy new year. 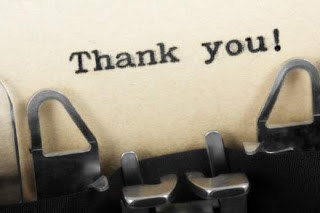