September 2021 saw another wild camp. Just like the previous month, this was another camp in Crow Woods. Jamie and Rob Dog accompanied me on this adventure. Unlike last month, the Phantom was elsewhere. This was Jamie's first hammock camp. Just like me very first attempt to hang, Jamie fell out. 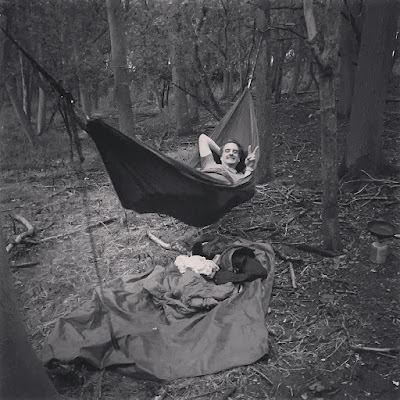 I'm sure it won't be the last time I say it but hammock camping really is the way to go. Kit is lighter and less bulky. Most importantly of all, hammock camping is super comfy. Rob Dog said he wasn't convinced, however, he had never tried the delights. 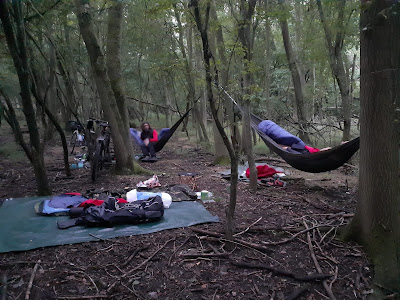 As per usual, we had much cooked food to eat. Much alcohol to wash foods down. A good nights sleep, followed by breakfast. 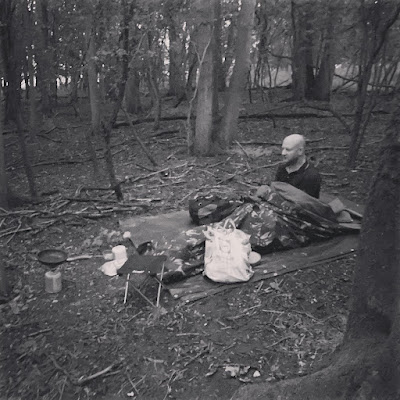 We had a little rain in the night. No a real menace, I covered myself with my tarp and stayed dry. I think I should figure out how to string up a hammock tarp and maybe my hammock trips could continue into the winter months. 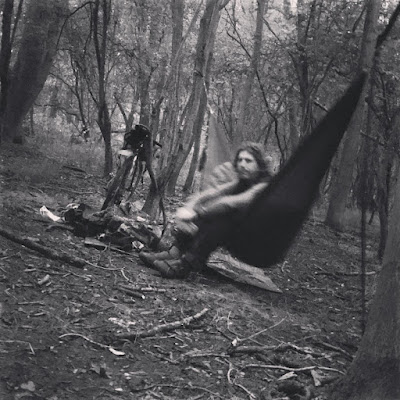 Before we cleared camp, Jamie encouraged Rob Dog to have a hang in his hammock. Rob Dog was surprised how comfy it felt and ordered a set up a couple of hours later! Am hoping for a multiple hammock hanging trip next month.