This week started great. Kinda great anyway. Monday morning saw me cycle to Roger's. It was a wet, misty morning and visibility was poor. Decided to tackle Cobley Hill on route and felt suitably warned up once I had reached Roger's domicile. My legs looked tanned, but it was mud rather than sun burn. 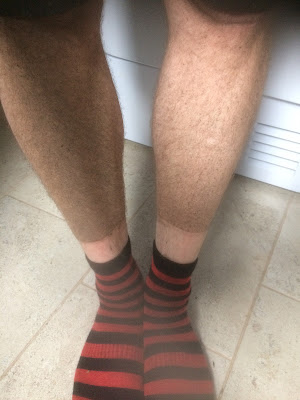 Swapped bikes at Roger's. If we were to cycle together then the tandem was a definite requirement. Once we set off the rain had mostly stopped. We cycled a nice loop to Whitlenge Tea Rooms and back. The hilliness profile looked like a skate ramp. Was great, as always, chatting with Roger. He has recruited 3-4 new chaps to pilot his tandem. Such great news after putting out his urgent tandem appeal.

From Roger's, I cycled home up and over Rose Hill. I then cycled a part of TROAD and had a nice climb up to Astwood Bank. Nice descent then took me back back home. Great start to the week.

Tuesday saw me catch up with Ron. We had a good night cycling our Deer Route. Just like old times.

Wednesday and Friday were regular cycle to work and back commute days. I have usually rested my legs before a big event but not this week, oh no. I think it's good practice for TAW to complete as much 'back to back' stuff as I can.

Thursday was an odd day. Odd because I ran instead of cycling. Nice 5k jaunt around my village.

Saturday was the Snowdrop. A 120k audax. This was the first audax cycle event I ever completed and this effort today saw me complete my 125th audax to date.

I cycled from home to the start of the Snowdrop, all on my lonesome. However, once there, saw the beaming smiles of Toll, Chris, Trev, Jamie, Jez, Phil and Andy Genders which was awesome. A few of my buddies DNS.
It was super nice to see Chris - we weren't sure if he was going to be a no show. In turned out he was probably the most prepared. Just check out his kicks...
The Snowdrop was a cold affair but at least it was dry. It was good to see Mark Rigby at the first control in Upton. This control was crowded and it took a while before I got served my cheese toastie.

Raphael's cafe was now open again (after a fire the previous year) in Evesham. The premises looked pretty great. The food, however, was awful. My fish (and chips) came complete with spinal cord. Ugh! It was good to see the B Team here.
The final leg was great. This was the hilly section. Pig Hill remains 'Phil's Hill'. Super nice to get rewarded with 'free food' (sausage sarnie and tea for me) at the finish. Job done - awesomeness. I flew back home with Chris, who'd have thought, wasn't that a pip!

Below is a series of pics from the Snowdrop over the years. Nostalgia and all that. Aces! 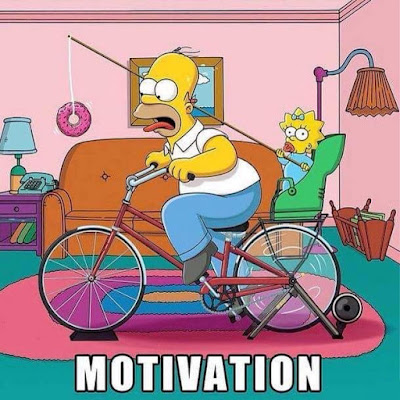 Oh man, felt like I’d been off my bike for ages and the sickness didn’t want to end. However, end it did and before you knew it, I was back on my bike. Maybe a couple of weeks rest did my body some good. Who knows? Whatever, motivated again!

Despite being back on the bike again, no major distance was cycled this week. 2 back to back work commutes was what I managed to achieve. 100k was better than nothing. Nice to be able to cycle home in daylight now. I wonder how my next long distance ride will fare?

Whilst off my bike, spent a lot of time thinking about being on my bike. Am wanting to get my head space sorted in regards to TAW and hope I carefully and thoughtfully take the right equipment. I believe I have my ‘sleeping kit’ checklist sorted, as detailed below:
All of the above will be kept dry in an Alpkit dry bag attached to the front of my bars in a Wild Cat harness. Perfect.
The week ended with a pretty awesome weekend. Saturday morning began with a 5k run. This run felt kinda nice, especially considering I had not ran for so long. I had a bit of pain in both my heels (had been like this for a week or so) and just hope it's not an indication that plantar-fasciitis is looming. Later on Saturday, SJ and I took the kids on an adventure to Packwood House and the 'Wishing Tree'. Is always fun watching the kids trudge in much mood.
Finished the weekend (and the week) with another 5k run. Felt good to be back cycling and running this week. Next week, all being well, will see a return to long distance.

The Route Of Absolute Doom for Hill Toads (Oh Deer)

Last week was another relatively quiet week on the training front. This was a planned 'quieter' week. However, training still took place.

Ran on just one occasion. This was a short 5k run around my village. Felt nice to be running but I was disappointed I did not see the blue blood red super moon up in the sky. I wonder where it was? We like the moon... 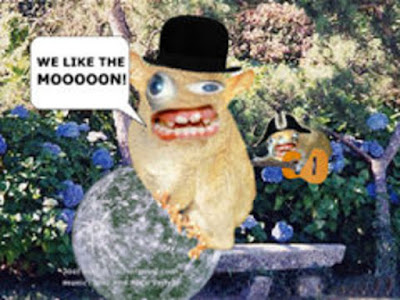 Completed 2 to work and back cycle commutes. Was nice that the evenings were now getting lighter. Still very dark in the mornings.

My 'big' cycle of the week was a relatively hilly affair. I cycled a route aptly named 'The Route Of Absolute Doom for Hill Toads (Oh Deer)'. I needed to pick my daughter up from school so was not wanting to venture too far from home, however, was wanting to experience some hills. My buddy Ron created the 'TROAD' route ages back (and it doesn't take a genius to work out what 'TROAD' stands for, does it?!). So, I figured I'd cycle TROAD which was a route close to home that included a few climbs and notably Cobley Hill. I added a route I created ('Hill') to it which was another bunch of climbs close to home (Cobley Hill and Licky Hill from both directions) and finished with the 'TOAD' route which was a non-hilly route that Ron sent to me thinking it was TROAD. You get me?! Only it didn't finish there, I added a further route (the Deer Route) just to make sure this ride covered at least 150k. 150k and nearly 2,000m of climbing. Boy did I feel great, until the following day...
This week was real pants. No training took place at all. Illness hit me and it hit me hard. Tonsils, lymph glands and head space were all swollen. Still feel rough as boots now. I guess it's a blessing I have lost some weight (despite still looking porky). Not sure how/when training will re-start and I'm sure a few difficult weeks lay ahead. That's if I can drag my butt out of my bed... 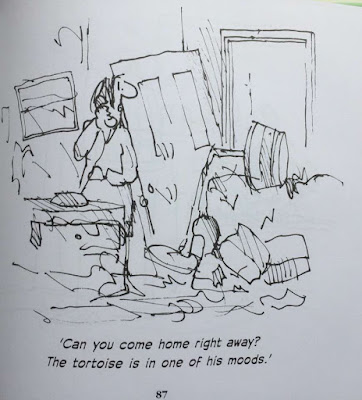 In other news, Mr Wide-eye (my tortoise) has become a noisy menace. He has taken to scratching a side of his hide for no apparent reason. Maybe he is wanting more attention? I dunno. I still have plans of building an improved table for him.
at February 10, 2018 No comments: