October's ParkRun was more of a swim than a run. Yup, the weather was the pants. The course was flooded and everyone got very, very wet. Hey, who cares? - Only 2 runs left and my ParkRun-A-Month (PAM) challenge will be complete.
Usually, following a ParkRun, results are emailed to each participant detailing lots of information and facts. For whatever reason, I wasn't emailed following this event. Maybe the weather was to blame?! Anyways, I finished 62/285 and my time was 23:52.
at October 27, 2019 No comments: 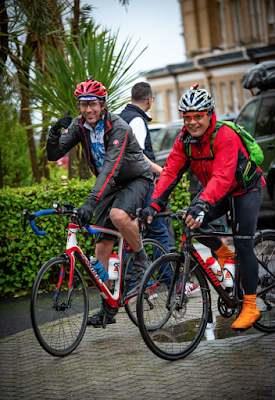 On a real wet and windy October, Ron, myself and our lovely wives (SJ and Deb) headed to beautiful Bournemouth for the 2019 SIKA cycle event. Woo hoo! Ron and I (and Deb) had such a wonderful time last year 'up North' at the 2018 SIKA cycle event, we just had to ride this years edition. So nice having SJ with me this time around.
Our accommodation was the lovely Highcliff Marriott Hotel. I'll try not to brag but the luxury was neat, the food delicious and the never ending supply of free beer quite awesome. We had to take the good with the bad - the weather was awful.

The actual cycling event was relatively easy. We (that's Ron and I) opted to cycle the 60 mile route option. Our wives went shopping. Cycling took us firstly along a bike path close to the sea. The menace winds and rain had driven much sand upon this bike path and cycling was slippery, hazardous and frightening. About 3k further on and we had left the 'beach' and were cycling nicer roads.

Much of the new forest was cycled through and this was just beautiful. We saw lots of wild creatures including horses, donkeys and pigs. I thought the wild pigs were particularly amazing. The wildest creature we saw was an angry motorist who first tried to drive Ron off the road and then told me I was very close to death in a threatening manner. Hmmm. 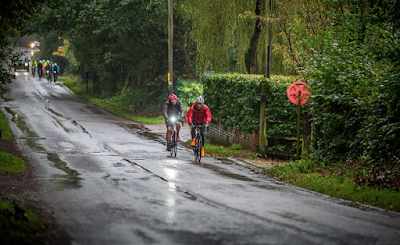 Thankful to report that the angry motorist didn't kill either of us and we happily cycled away with a whole bunch of others cycling the same event. The mean weather never gave up being a torment and we felt slight torture having to cycle 70k before our first break point (goodness knows what happened to the planned earlier stop).
Nice to stop and have a cuppa tea and some soup at the 70k rest spot. Would have been nice to dry out but not much chance of that. I think we ate a bap of some sort here too. 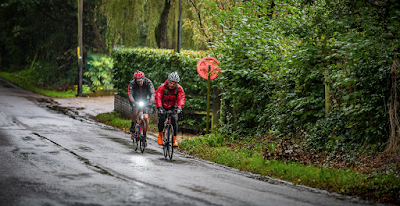 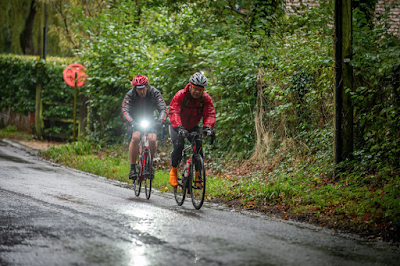 Back in the rain and just a short 30k or so cycle to the finish. The ride was undulating in nature but no real menace hills were encountered. We avoided the sandy section on our return choosing to cycle slightly higher roads instead. 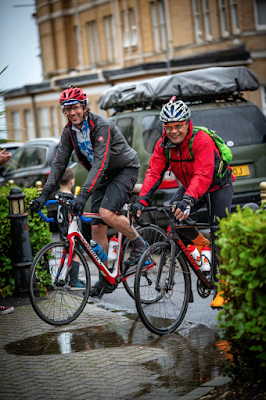 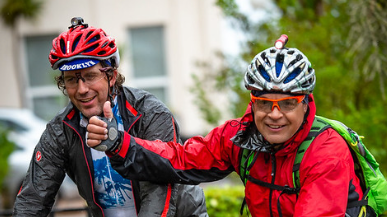 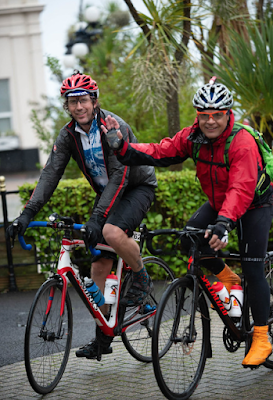 At the finish line we received claps and were welcomed back with the sound of a cow bell. A quick change of clothes and then we celebrated further with the never ending supply of food and drink. Cycling finished early but the event continued all day and well into the night. 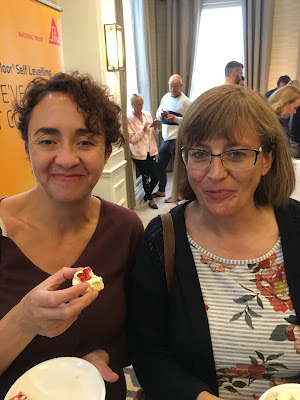 The evening program included some top nosh. David Millar was a guest speaker and spoke about his racing history. Drugs are bad... Action for Kids was a charity that was sponsored by this event and they collected more money than their target which was great. After such a full on day and night, it was nice to retire to our big comfy beds. 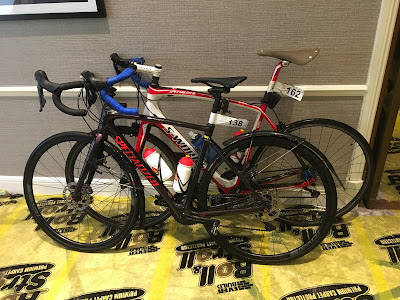 When (Sunday) morning came we had a further full English breakfast. Sadly, this is where the party ended - ha! Our bikes didn't look too healthy, they were covered in sand and grime, rusting here and there and creaking. As I took my bike apart, I reflected on what a great machine she'd been over the years and what a great event for her to finish on (as I plan to replace my road bike).
Top event. Cheer's Ron, Deb and SJ. Nice one SIKA. Hope to ride next years event in Ireland!
at October 25, 2019 No comments: 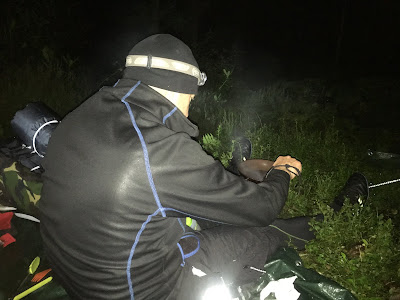 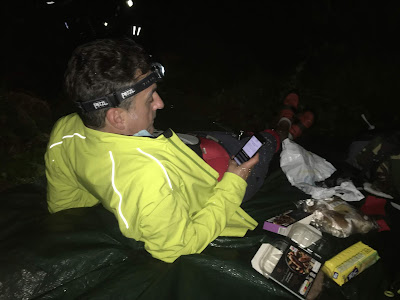 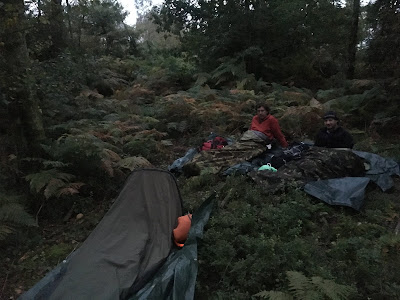 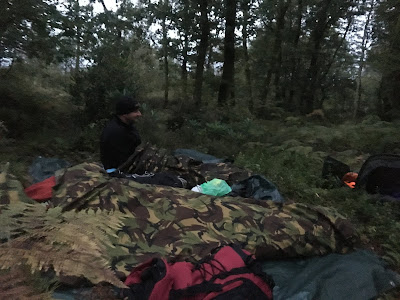 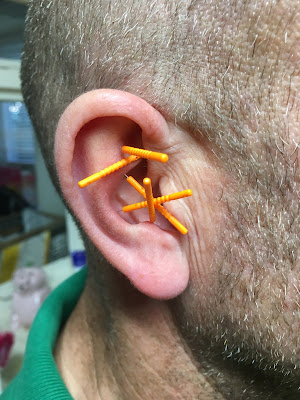