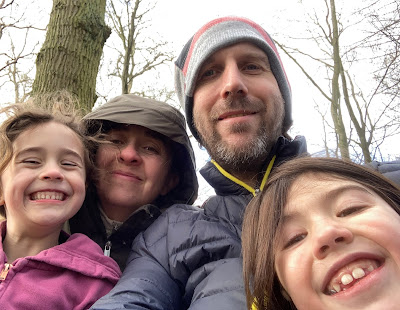 March is my birthday month. Much madness happens in March. Maybe that explains why I'm so mad. This mad month of March was also the month that I was gifted with my medal and running shirt for completing my 2nd 'Retro Run' for the Roy Castle Lung Cancer Foundation. This was specifically the '00's Retro Run' where I ran a whopping 10k. 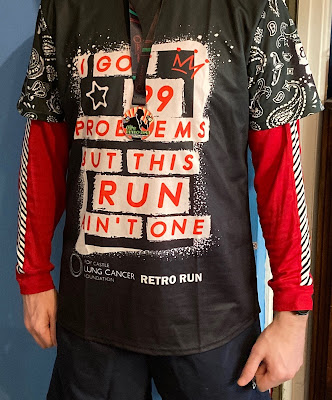 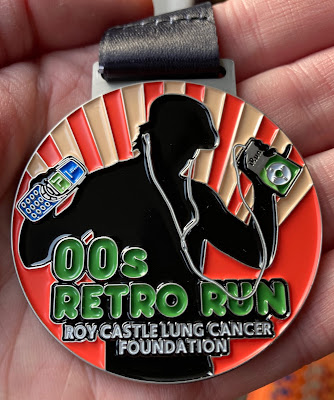 Anyways, among the mad adventures I had in March were numerous Zwift cycles, a couple of work commutes, a tandem jolly, the 'Faux Drop', the 'Mad March Hare', a Newsletter dash, the 'Mad Summer Hare' and a few runs and walks with family members and Ernie dawg. Hard to believe Covid and the lockdown still exist with all this fun.

Felt kinda weird commuting to work just because I hadn't done so for so long. I took quite leisurely routes to work and cycled some new ground (sometimes ending at a dead end). Small sections of my route were off road too. Was nice to 'read' once more again too - I was listening to audio books whilst I cycled. 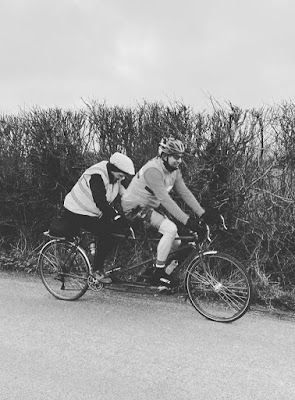 Was super nice to cycle with Roger on a tandem jolly. The Phantom joined us too and was great cycling as a trio. I'm guessing this wasn't against the current Covid rules - as only 2 bikes were out together?! 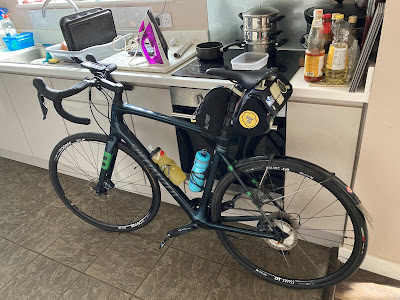 The Phantom and I decided we would cycle a rendition of the classic 'Snow Drop' audax route, that Jamie dubbed the 'Faux Drop'. The Snow Drop is a lovely audax that I like to cycle each year - it wasn't running this year due to Covid. Cycling our own version of the event allowed us to start from home which was great and cycle 'Pig Hill' earlier into the ride. Our first stop was the awesome Whitlenge Tea Rooms but damn blast - all closed due to Covid.

One of the wonders of this Faux Drop was that we saw a herd of deer all lying down. I wondered if they were sleeping? I've never seen such a sight before and am sure I read somewhere that deer only sleep for 7 minutes a day?! Sounding so mad, I decided to Google it, and this is what I read: Deers never sleep. They have evolved a simple coping mechanism which means that they can stay awake 24 hours a day if needs be. However in times of high stress and long periods of alertness they occasionally sleep. This sleep pattern is so fast and efficient that 1 minute of deer sleep is the equivalent to 2 human sleep hours. 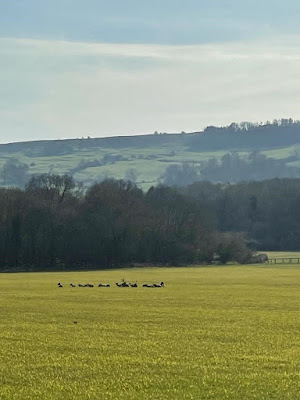 Upton provided a nice place to stop. We fuelled here on tasty pastries and sat on a bench enjoying the sun shine. Last time we cycled here we were cycling on major flooded roads. Crazy. 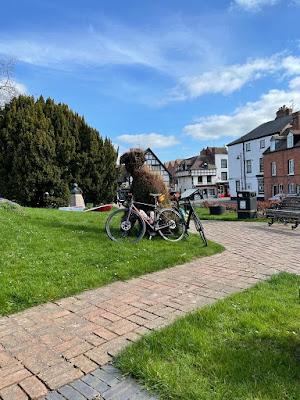 Following the awesome Faux Drop, I cycled another lovely route next day. This was the Mad March Hare, or at least my rendition of it. I didn't really know what to expect, not having cycled this one before. I had Garmin issues this day and hence my route didn't match the official - maybe have to cycle this another time. For whatever reason, once about 3/4 way around the course, my Garmin was just re-routing me and sending me home. 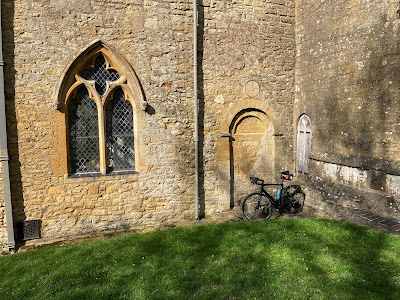 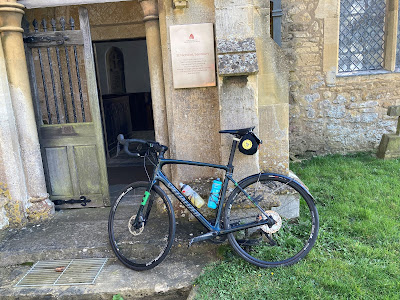 As predicted, much madness happened on this route. First off, there was the navigation issues. Then, I was looking for somewhere nice to purchase food stuffs in Welford, but only found a general stores. I purchases a lousy sandwich and crisps and sat down munching same wishing I had found a pasty shop or similar. Whilst munching, I spotted a couple of folk opposite drinking tea and eating pastries. D'oh, I had missed the butchers that sold said pastries. The most madness had to be the fact that I had put on my bib shorts inside out! How ridiculous. I wasn't expecting this route to go up Saintbury Hill, but it did, and so I decided to stop at St Nicholas Church and make sure my shorts were no longer outside in!
My return route took me back through Welford. This was ace because I was able to at last buy a cup of tea and a tasty pasty from the butcher's shop. All is well that ends well and this ride ended just swell. 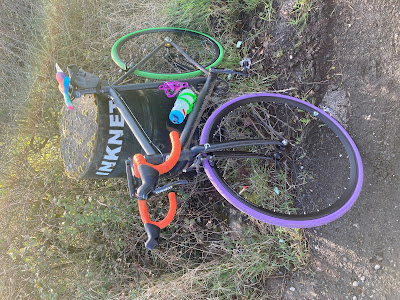 One of my cycling jollies saw me post our newsletters for my ecclesia. I felt like a proper messenger, what with my fixie bike and messenger bag. Ha! 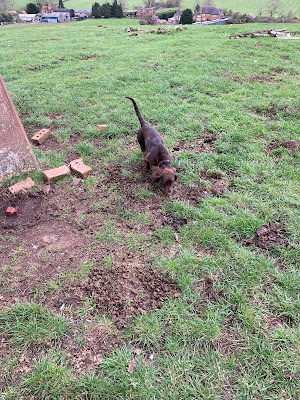 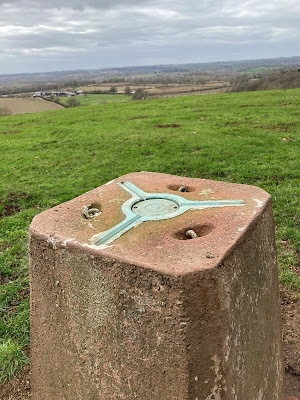 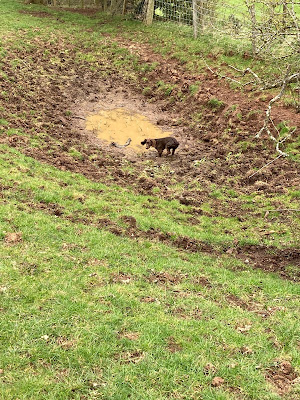 Amongst the many walks I undertook with Ernie was one that went to a secret wild camp spot from yester-year. This camp spot was now more of a quagmire. Ernie loved it! 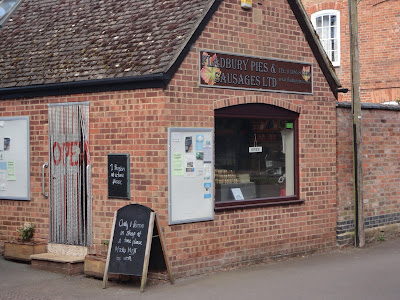 Too add a wee bit more madness to the month, I also cycled the Mad Summer Hare (in this Spring season). This was a really hilly affair and Snows Hill, Saintbury Hill and Dovers Hill were all climbed plus another whose name I didn't catch. I had never cycled this event before but may well cycle again. My first stop came at around the 70k mark. I could smell a wonderful smell - the smell of cooked pasties and it belonged to Fladbury Pies and Sausages. I was most disappointed when I entered the shop - only a small selection of pies were on sale and all cold in a refrigerated counter. The steak and red wine pie would have gone down much better if hot. 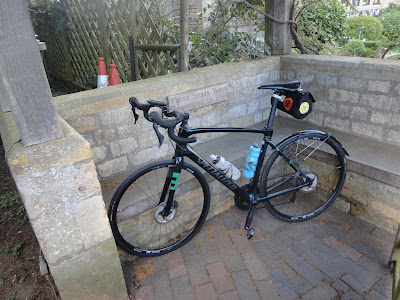 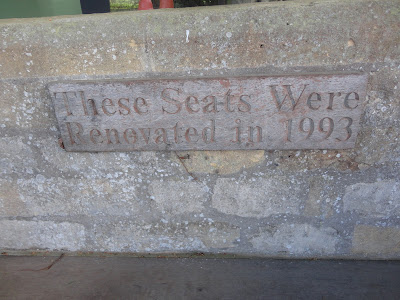 My next stop was at the base of Dovers Hill. There is something nice about stopping at Church locations. Especially when they provide seating!
Heading for home, I stopped at a local store to top up on Vimto. Whilst in the store, I heard a voice calling my name. It was Lee - a fellow audaxer that I cycled the Giants Tooth 500 with. A small world indeed. The last thing that made me a little mad was that I stopped at the lovely butchers shop in Welford, just like I did on the Mad March Hare - only this time it was closed. Oh well, a great route none the less.
This mad month also saw Jamie and I sign up for the Rapha Ambitious 220 event. Essentially, we are ambitiously cycling (at least) 220 miles over the weekend of 26-27 June 2021. We decided to enter this event as our plans to complete the TransAlba race have been shelved for a second year running (due to the Covid menace) and we wanted to do 'something else' relatively awesome. As part of the package we are hoping to raise £220 for the Ambitious about Autism, Autism West Midlands and Dogs for Autism charities. Please help us to reach this target by clicking this link here - imagine how awesome it would be if we reached our target. That really would be the dogs bark.
Ended the month with a cycle. In actual fact, a doubly whammy. Yup, cycled a short distance fixed and indoors. Farewell oh mad month of April!
at March 31, 2021 No comments:

The good, the bad and the what the Dickens

The good news I have to report is the fact that I've managed to complete another official run and an official cycle event too. The run was only a 10k affair. The cycle event, can you believe, saw me cycle outside! 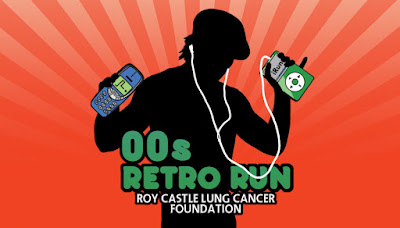 The run I completed was the 00's Retro Run supporting the Roy Castle Lung Foundation. I didn't challenge myself too much and just entered for a 10k distance. I'm yet to receive my bling - a rather fancy medal and running top. Was great a few folk sponsored me and helped raise an additional £30 or so for this charity. 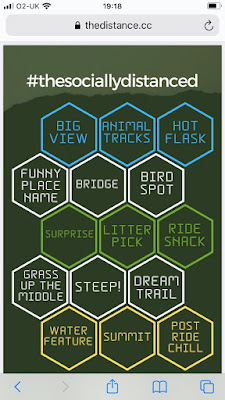 My cycle event was entitled 'THE (SOCIALLY) DISTANCE(D)'. This was a quirky event and suitably named during these Covid times. The organisers of this event basically sent out a task card (as pictured above) with a whole bunch of buzz words. Each rider would have to plan their own ride (no matter how short or far) using the Komoot cycling app and cycle same taking photo's of buzz words on the task card. The task card worked in a 'Blockbuster' style and boxes had to be connected by joining the blocks together in diagonal lines. Simples. 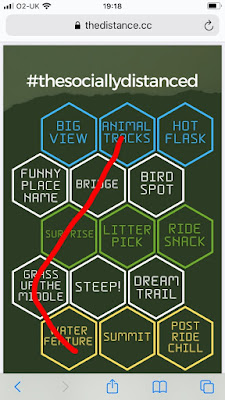 I cycled this event with Ron the Phantom and we used this ride to not only take snaps of the buzz words but to also post newsletters to members of our fellowship. What a great idea eh?! Ron made a such a wonderful photographer. To add a bit of further quirkiness to the ride, I decided to ride my super funky fixed bike. 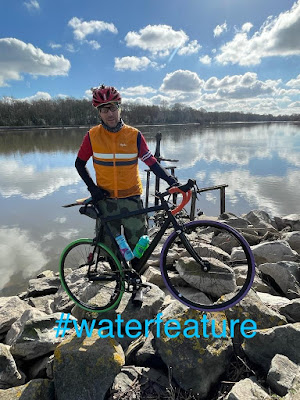 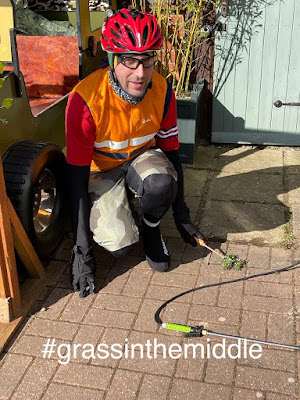 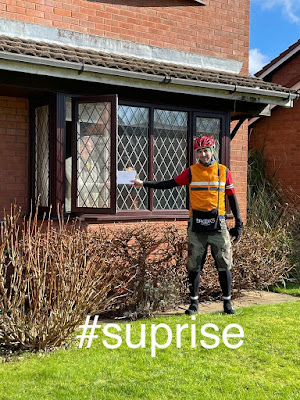 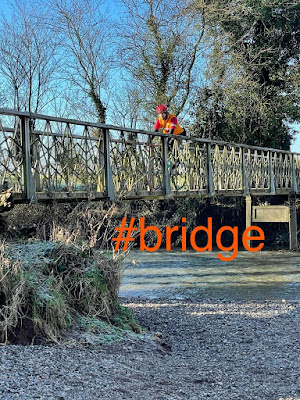 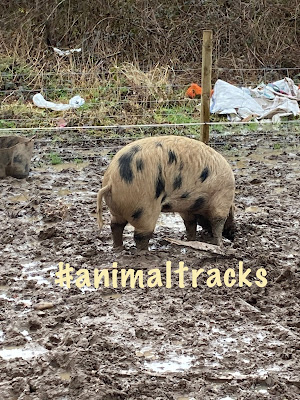 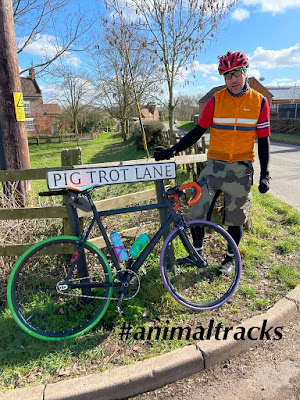 Collecting the necessary photo's was a lot of fun. Cycling outdoors with Ron was also super fun. Other friends of ours were cycling this event too but we never saw them because we were socially distanced. We did however, bump randomly into people we knew. People of note were Brenda - she was just walking to her home after we had posted a newsletter and John C who had a surprise newsletter posted through his window. Ron's niece, (I forget her name), was the most random meet though. Ron was just talking about how super a cyclist his niece was and then, wham, bam, our wheels were facing hers! Bizarre! 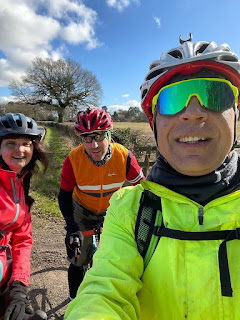 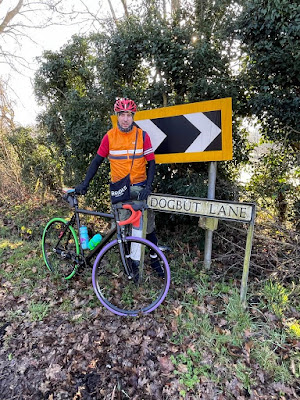 Following the event, all the photo's were uploaded to Instagram with the @thedistance tagged and #thesociallydistanced in the post. Didn't include the photo of the 3 of us obviously and the 'Dogbut Lane' pic was omitted too. That would have made a great strange place name photo. The route we cycled was also uploaded to Komoot. Wonder if I'll win any prizes?

The bad news received this month was the very disturbing confirmation that the TransAlba race I was hoping to cycle this year (and last) had been postponed again - now scheduled to take place in 2022. Slightly frustrating!

As February ended and March began, the Audax website advertised that entries for planned cycle rides were opening again. I've entered the 'Goats Head Soup', 'Brum 200' and 'The Kidderminster Killer'. What the Dickens?!👽