Wowser, 21 August 21 saw me complete a ParkRun for the first time in donkeys. The Covid Pandemic had put a big stop to such runs taking place. Despite Covid hanging around, ParkRun's have resumed. Arrow Valley ParkRun was different in a number of ways but mostly because it was a brand new course. 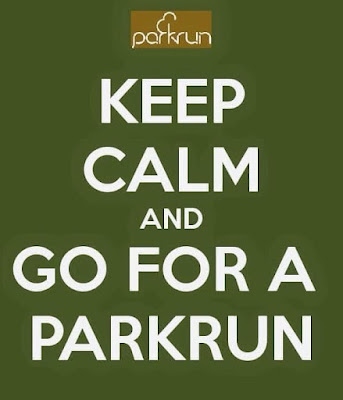 On a fine summer's day in August, I finally managed to camp using a hammock for the very first time. I'd only owned a hammock for a couple of weeks but was unable to try it out last week due to the heavy rain. I got my hammock from Alpkit, it was in the sale for £33. I figured this wasn't too large a sum to try it out. My buddy Ron agreed and purchased himself 2 of the same model. Our hammocks are the Mora model. 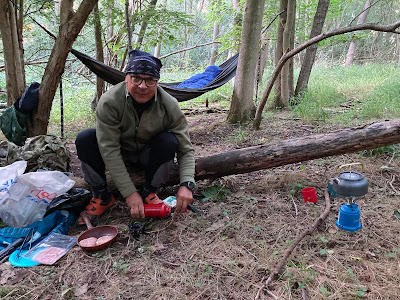 Our camp was only about 2.5k from home. We pitched in the 'Crow Woods'. Just prior to entering these woods was saw 8 or 9 nine deer cross our path - they were the really pretty spotted variety. 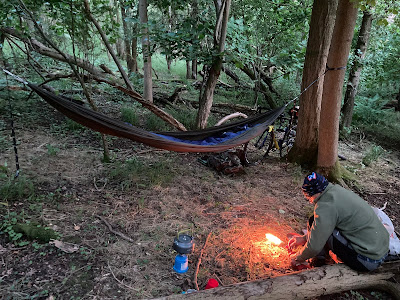 I'd never hung a hammock before, however, it posed no real problem at all. I had read that the tree's should be about 6 paces apart - the trees I chose were. Advised to hang the tree straps about head height - did just that. Finally, followed suggestions of hanging the straps at a 30 degree angle - I presume it was pretty close. It looked great, wow, beginners luck maybe. 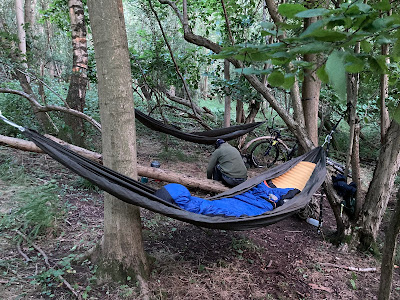 With the hammocks set up quick time, Ron set about cooking. Sausage, burger and bacon was on the menu. Whilst Ron cooked, I hung around. I loved the way I could just sit in my hammock and keep off the ground. It felt weird initially whilst lying down as the gentle swing made me feel a bit sea-sick. I fell out a couple of times too. After only minutes, the weirdness and sick feeling passed and it didn't prove difficult to stay in the hammock. (I had no further falls). 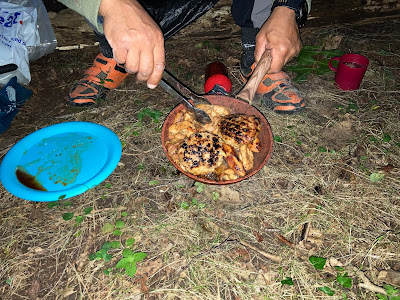 Supper was delicious. Always tastes better when someone else cooks. Damn, blast, I forgot my whisky. Not to worry, Ron's brandy washed it down. I'm sure it wasn't the alcohol, but I saw an owl fly right through our camp. 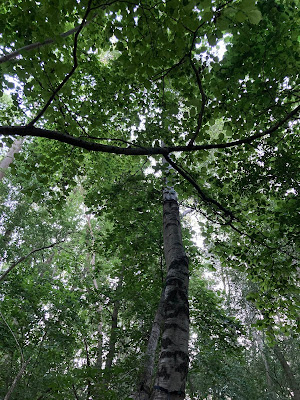 Amazing how living things were the supports to hanging our hammocks. Thanks trees. I'm not sure if our food was off because I was having some rather strange thoughts. 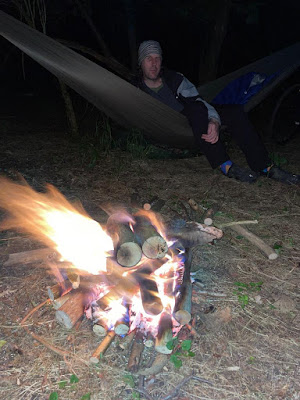 It wasn't a cold night and we didn't need a fire for warmth. Fire's are awesome to watch though and the light they provide is great. Ron was the fire-starter! 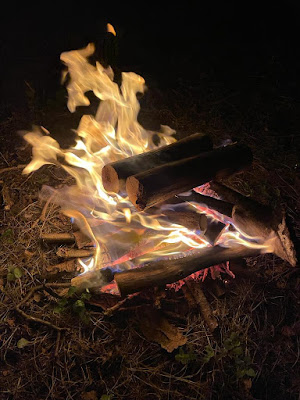 We watched the fire until it was time to sleep. I think I fell asleep before the fire was out. I placed my sleeping mat in my sleeping bag which appeared to keep everything in place. 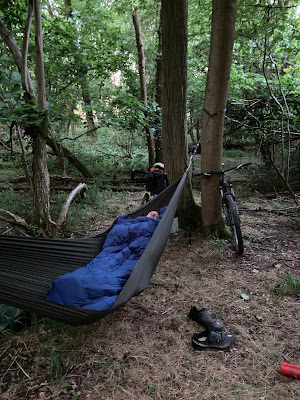 I'd read that it's advisable to sleep diagonally in a hammock. This sounded tricky and difficult to understand, however, once on the hammock it made complete sense and was a relatively easy thing to do. The hammock was comfy, it really was. I didn't use a pillow and don't think I needed to - all the same though, I'd like to take a pillow another time and see if it improves further. 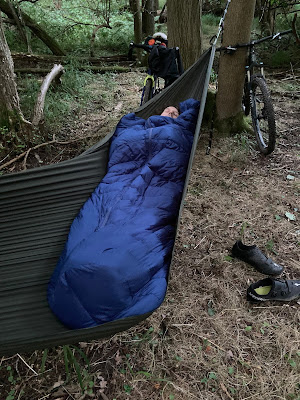 Slept relatively well. I did awake a couple of times - once just before midnight and again around 4 a.m. Both times I needed to pee. I think my quality of sleep was great. When on the ground, I tend to wake lots but just turn around and quickly drop off again. I'm pretty sure, I must have slept on my back in the hammock. Had no problem regulating my temperature but do think this type of camping is suited to the summer months. 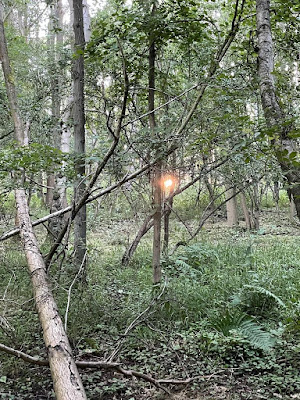 We got up about 6 a.m. and Ron kindly made some tea. Great seeing the sun rise. We had to leave early as we both had busy days planned. Hammocks so easy to set up and put away. As we went our way (back home) we spotted more deer - adult with young, which was fab. 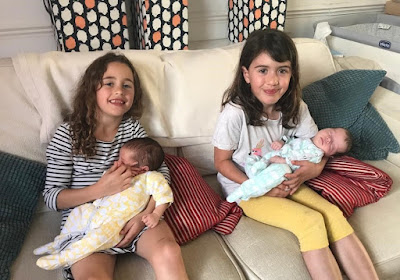 My plans for this new day was to take my family to meet our buddy's Chris and Isabel and see their newly born off-spring. Felix and Willow were just great delights. What a fantastic weekend.