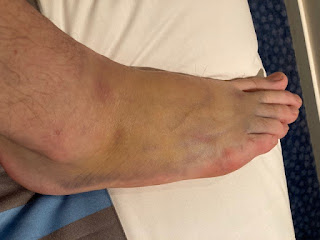 November started off so well. Took 'B' out for her first off-road ride and cycled the Breadcrumb Trail. Sweet. 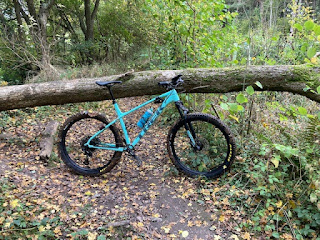 Sweetness soon turned sour. Neil (work buddy) was friends with the drummer from 'Bullet'. Neil and I went to see Bullet play at some venue in Cardiff. This was a 'heavy' night, and heavy dancing led to heavy fall, which led to me breaking my foot. 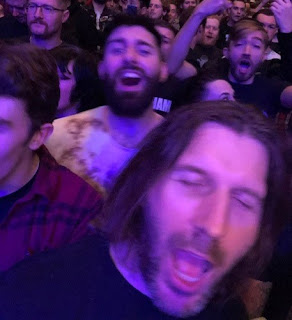 Although my foot hurt somewhat, I didn't know it was broken at the time. I hobbled back to work for a couple of days and then partook in a wonderful cycling adventure. My cycling adventure took me to Weston Super Mare and back. 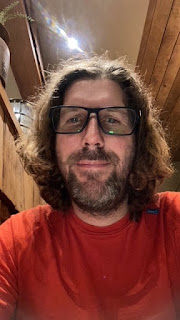 It was only after my wife tasking me to walk our dog, and I replying I couldn't walk that I decided to go and get my foot checked out. Horrors - my foot was broken and I was given a 6 week sick note! Sweet November Rain!
at November 17, 2021 No comments:

Much happened in the month of October that made me smile. Little did I know that my dog Ernie had the Navajo gene. He really does, he can walk high among the trees! 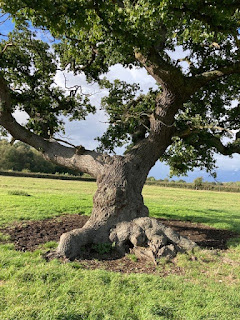 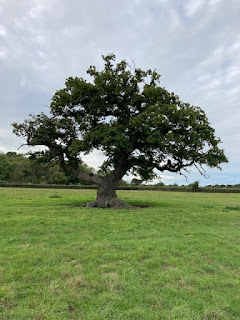 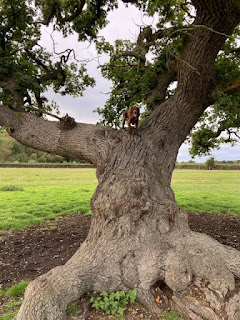 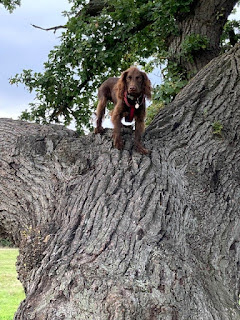 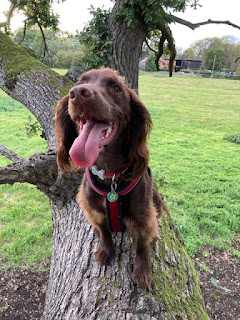 October's wild camp was another hammock adventure. Both Rob Dog and I took hammocks, however, it was only me who slept on one. Rob Dog preferred to sleep on the ground - not too far away from a big badger hole! As ever, we cooked, ate, slept, awoke and ate some more! Strung up a tarp, not because I needed too, just to make sure I still had the magic. Oh and a certain Bert Warren was buried here. I dubbed this spot 'the burial ground', although Rob Dob said it should be called 'the 2 tomb stones'. 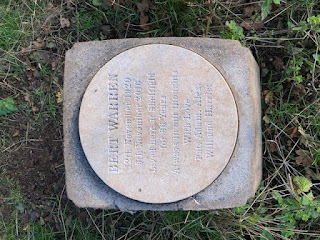 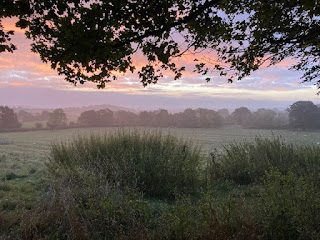 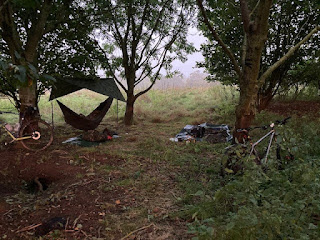 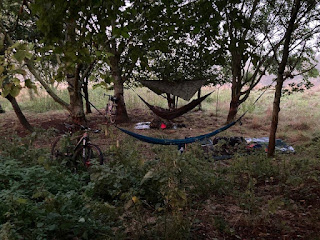 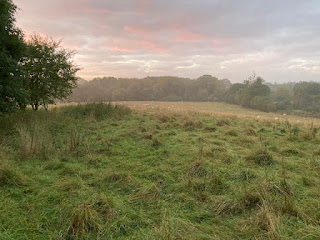 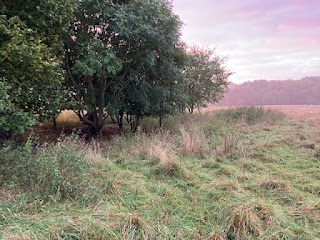 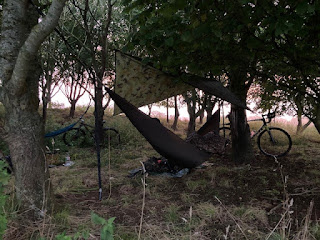 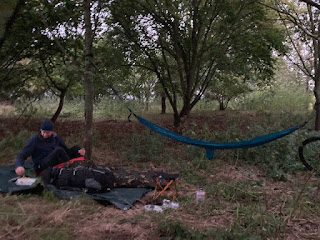 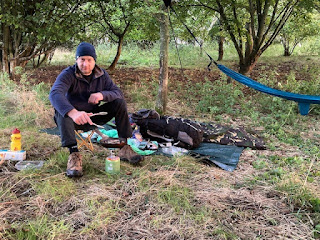 Had a nice trip with my buddy Roger on his tandem. We stopped at Whitlenge tea rooms for breakfast which is always a winner. Cycled to and from Roger's on my wonderful GerTruDe bike. 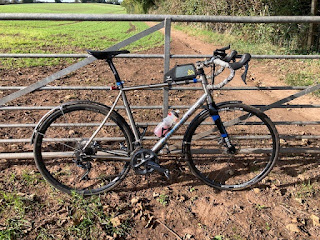 SJ painted the spare room and converted into an office for me. Strange colour but am not complaining. Check out the 4 screen set up! 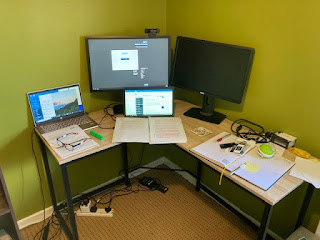 My sister, her dogs, daughter and a whole bunch of Iranians rocked up. This turned out to be a rather jolly day. We walked the fields, climbed trees and ate much food at my ma and pa's. 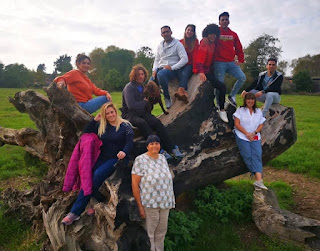 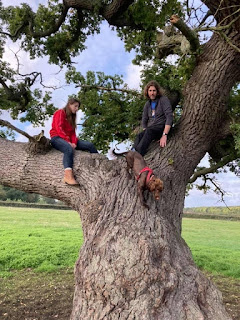 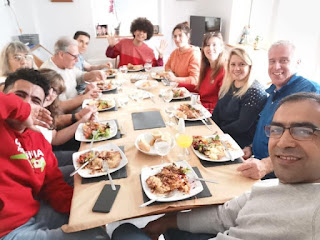 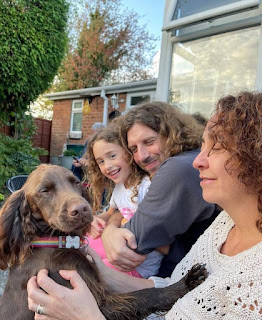 For so long, I had wanted to run 10k. This finally happened on a day during October. Ernie and I, ran from Black Hill car park to the Beacon (Malvern Hills) and back. An almost perfect 10k. It was a real windy, wet and misty day. 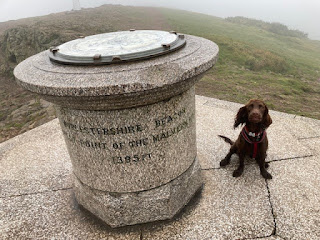 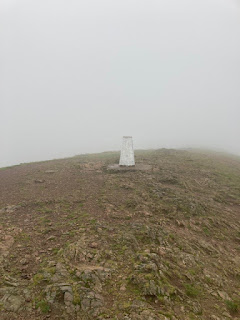 October was also the month for a new bike. I've now gotten a MTB at last. This bike is affectionately known as 'B'. This is the first bike with 27.5 wheels and a dropper post that I have ever owned! Debut ride was a quick blast with Ron which ended at the Lark. (We met a guy who was an e-bike MTB fan and he suggested we join him soon for MTB adventure). 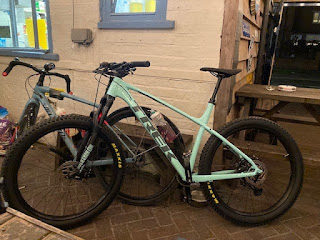 October finished with an awesome audax event entitled 'The Ticking Tortoise'. I completed this event with cousin Andy and Ron. So awesome was this adventure, it has it's own blog post!