Last week my blog post was mostly in pictures. This week's blog is presented in the same fashion. The pictures below were taken from last weeks Go-Tri duathlon event. 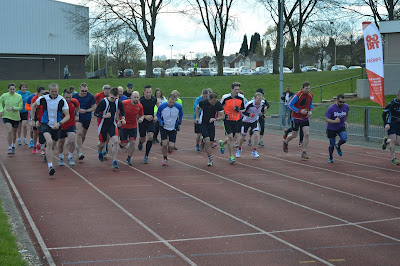 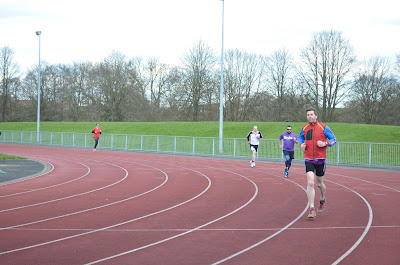 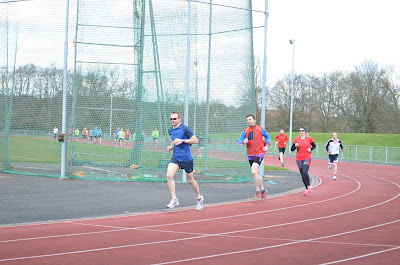 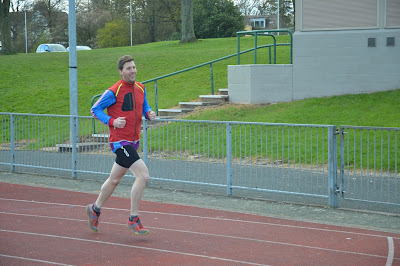 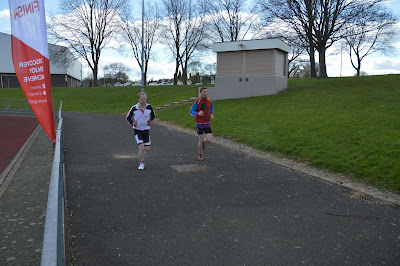 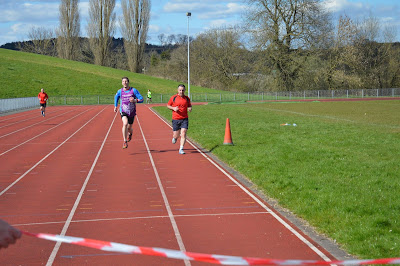 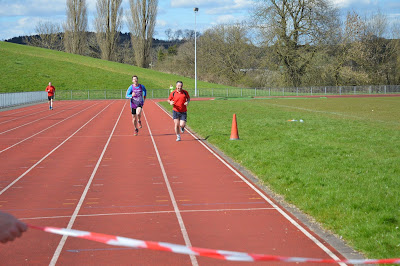 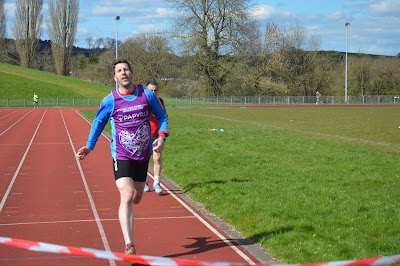 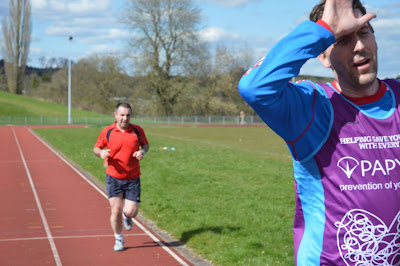 It was a great day and a lovely event. However, as is often the case for me - I got lost. This came as no surprise to my mates. Essentially, I added a further 5k to the bike leg. D'oh! Despite this error, I still finished in 17th position (out of 50 - some did not finish), as the results chart below demonstrates. 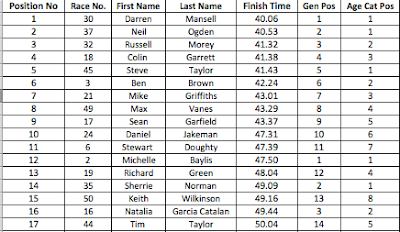 Ok, that was last week. What about this week?! Well, like I said above, I'll let the pictures tell the story. Once I've caught my breath I'll start blogging proper once more.
Thank's as ever to all those who have supported me thus far. If you'd like to help me support any of the charities I'm raising monies for, please clink on the links below. Thank you :)

Hi Folks, with like just 14 weeks to go to my impending Ironman Uk event, I thought I'd re-remind folk of what I'm trying to achieve and promote the charities I am supporting. Well, on the 17th July 2016 I hope to complete a triathlon event whereby I have to swim 2.4 miles in a lake, cycle a hilly 112 mile bike course and finish by running a marathon (26.2 miles). Oh, and my event has to be completed in 17 hours... Am hoping to complete said event to become an 'Ironman' and raise money for 4 different charities. Each of the charities I'm supporting are listed below. Please feel free to click on any link and help support any that appeal to you. Each donation really helps - not just the charity, it helps to motivate me too!

The first charity I'm supporting is Papyrus. Papyrus are a suicide prevention charity. Suicide is the biggest killer of young people - male and female - under 35 in the UK. With appropriate support and education, young suicide can be prevented. 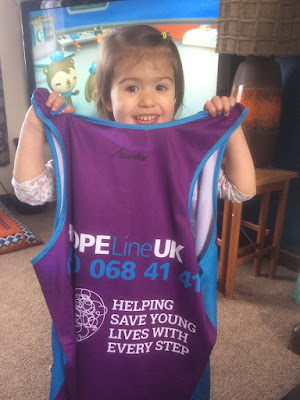 The second charity I'm supporting is Macmillan. Cancer is so evil and I'm sure you all agree that this is a worthy charity. Please support Macmillan by following this link: Support Macmillan. 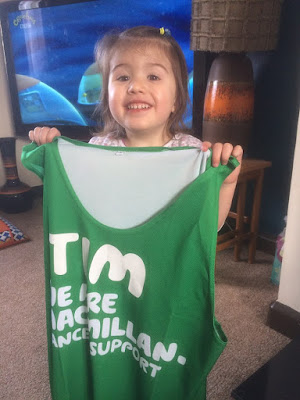 Third charity I'm supporting is the Christadelphian Meal-A-Day (CMaD) Fund. They work in Eastern Europe and Africa to help those in real need. They fund sustainable projects, like a borehole for example, which not only gives fresh drinking water to a community, it also gives that community the ability to grow crops, stop the spread of disease, hydrate their cattle, etc. About 97% of donations go directly to their projects. To support CMaD please follow this link: Support CMaD.

My final charity is Scope. Scope are a charity that aim to make this country a place where disabled folk have the same opportunities as everyone else. To support Scope please follow this link: Don't be a dope, support Scope. 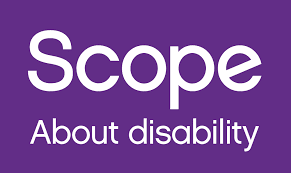 So, how did this past week's training go for me, I hear you ask. Knackering to say the least! In fact, am so whacked, am hoping the pictures below tell my story. 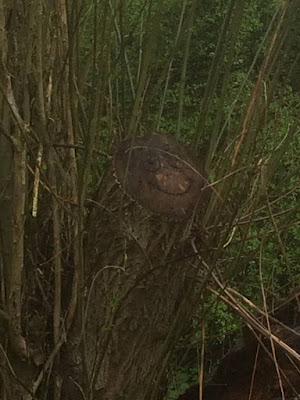 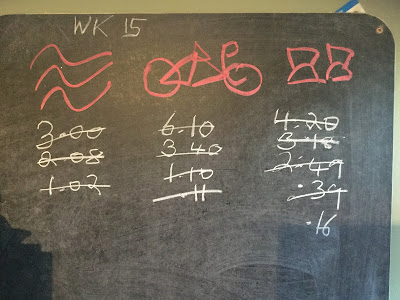 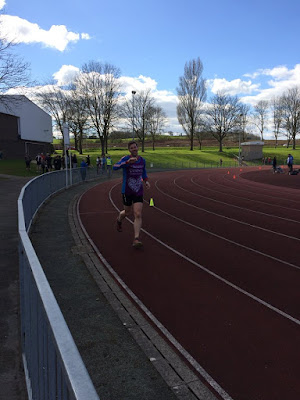 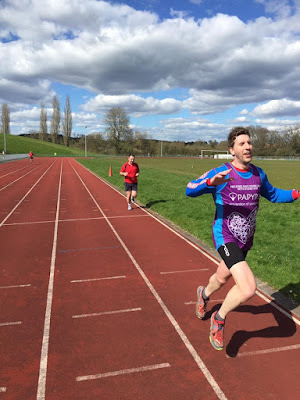 Hi. If you've only just come across my blog site, welcome (and where have you been?). Right about now, I am about halfway (well, some 14 weeks left) through my training schedule for the pending Ironman UK event on 17 July 2016. Each week, I try and re-call my training, thoughts, events and where possible harass people to sponsor me in aid to support worthwhile charity's.

This week started off well in terms of cramming lots of training into the first day of the week. Decided to take my Kay-O machine on an out and back adventure to Fish Hill. A mostly pleasant ride with little to comment about. Once off the bike, shoes were swapped and off I went running. This 'brick' wasn't so good - my chest was real painful especially left side and voices in my head were telling me I might be having a heart attack. Decided to ignore the voices and continue running - the pain eased but only marginally. Had no idea what caused this pain but think it might have been cramp from being tucked into position on the bike?! My run was a cross country affair that took me over the corn fields in Studley and along the old rail way route. The car boot fields were passed and then I ran through the woods where I once came off my mountain bike (after an awesome jump). My run went as far out as the water tower in Redditch before turning around and leading me home once more. As if 2 triathlon disciplines weren't enough, after I had fed, I took to the pool and swam 1,500 metres. Wow, this was just a taste of what potentially lies ahead.

After such a great day Monday, Tuesday was spent resting. Not relaxing - I had to attend work (and worked a 12 hour shift), just resting. I'd have preferred to be out on my bike given the choice. Well, I am a 'psyclepath'. 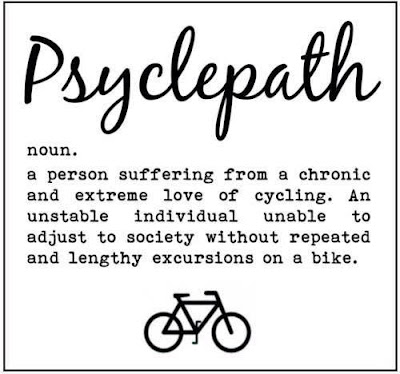 Wet and windy was Wednesday! My bike commute into work was a very wet affair. My return commute home was wildly windy. Baby weather.

Thursday was a wild wet day too. My morning started with a wet run that didn't even stretch 10k. Later, I cycled an old classic route (so classic I can't recall what I named this route) in the pouring rain. Covered just over 30k on this wild, wet and awesome day.

Friday looked more promising on the weather front, however, I still got wet. I got wet because I went for a pool based swim and swam 2,500m. Continue to find swimming hard and boring and really need to speed up some - this swim took me nearly 90 mins to complete. Hmm. Ran into work later that day covering about 6.5k.

Another 12 hours at work on Saturday. Had a wee run, just over 5k before the work day began. Work always gets in the way of fun!

Sunday completed my week (just like it does most weeks). My last training activity was a run around my village covering about 7.5k. All in all, had completed over 13 hours of training this week!
This week went ok on the whole, but as ever a little more time spent swimming and cycling would have made me happier. From next week my training will (hopefully) increase a little in terms of intensity and frequency. I think I should pay a little more attention to my diet now too but can't promise myself that (despite the return of my podge belly). Fundraising is going well and thanks to all those who have supported and donated thus far. As folk are aware, I am supporting 4 charities and the Christadelphian Meal-A-Day fund is the charity I'd like to promote this week. Please support this charity by donating here: support MAD please. 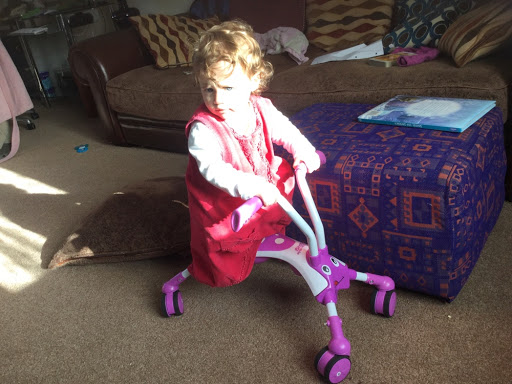 Monday was another bank holiday which meant I had another day off work - wahoo! Bank holidays are great days to spend with the family. With that in mind, SJ and I decided to take our kids to see Grandad Ned. As much as Melody (pictured above) wanted to cycle, she went in the car with her mum and Lunar. Daddy Doo decided to cycle though and fought against storm Katie all the way into the centre of Worcester. I was the first to get to Ned's but it wasn't long before the others rocked up. The 'others' included the kids cousin Josh, which was nice. Seeing Ned meant we all got fed! Ned's cooking was great too - we had rice and peppers, beef, tomato's, egg and spices. Yummers! The cycle home was a lot easier after this awesome feed. Storm Katie was pushing me along too. A nice zoomy ride! 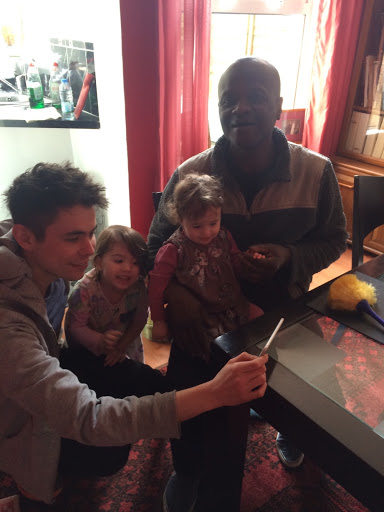 Tuesday was a 'pig' because I had to return to work after a nice 4 day break. Took a run (trot) commute into work. 10k. Interval style. Hope no one finds my comments too rash... 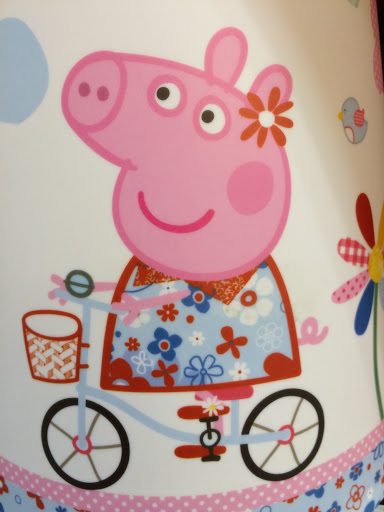 Wednesday was a bit like Tuesday. It was my second run commute on the trot. Another 10k but I didn't push myself too hard on this run (no intervals). This route mostly followed the 'no. 5' route, the day before followed the tow path.

Thursday was a cycle commute to work and back. Morning trek was a menace - got up late, forgot Garmin, left bag, retuned for same and off. Very cold! Return was much better, had remembered all my items and the sun was shining!

Friday was another cycle to work and back commute. Route there and back was menace because it was cold. Despite being layered up my pinkies felt the cold. Brrr!

Saturday was my last training day of the week. After work I took myself on a forced, long (and slow) run for about 2 hours. The weather was awesome, felt like a summers day. Later that day, training was soon forgot as I partied with SJ and my cousin. We went to a house party in Hatton and saw Luke Concannon and the Seed Bombers play. Quite an intimate gig which was a lot of fun. 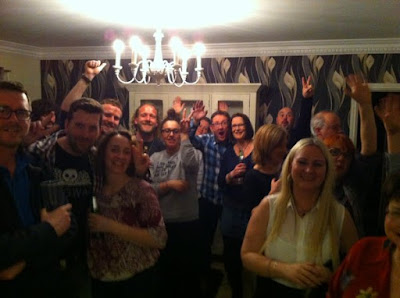 At the conclusion of this week, I was pleased that I had put enough training hours into my running and cycling. Disappointed that I didn't manage a single swim. Am also concerned that I'm getting fat again - despite all my training I have gotten my podge belly back. Lin visited over the weekend and brought much chocolate - maybe I should binge out next week and then go 'cold turkey' on the junk food front?!
at April 03, 2016 No comments: