This is the First month of 2019. I have done a number of things for the first time this month. With my 2019 plans in mind, here is a collection of Firsts for the month (thus far). 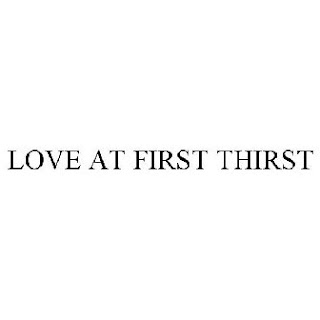 January 1st - My first cycle. I cycled a 30k+ route with my bro Rob and buddy Ron. Also had my first pint (thanks Ron) - it was a dark fruits cider. Oh, also had my first shot of whisky. Maybe my reduced drinking will start next month.

January 2nd - Whoa, a lot of firsts today. My first run - I ran a regular 5k Studley Triangle route. Hmm, this was also the day I had my first McDonalds followed later with my first pizza of the year. This eating less malarkey might have to start next month too. On a brighter note, today was the first day I had quoted a biblical verse to this blog.

'Why do the nations rage, And the people plot a vain thing? The kings of the earth set themselves, And the rulers take counsel together... He who sits in the heavens shall laugh'. (Psa 2:1-4)

That verse speaks politics to me. Politicalamity! And it appears that God himself laughs at the politics on the earth. It sure is comedic at times.

January 3rd - This day proved that changing eating habits is super difficult. Not only do you have to convince yourself to eat less, you need to convince (or at least inform) others too. I went out with my wife and family to the lovely Stourport area. My dear wife asked what I would like for breakfast. After scanning the menu, I opted for a simple Full English breakfast. What came back was a Mega Breakfast with about 2 servings of everything including black pudding. So, yeah, a delicious fried breakfast which was my first this year. This breakfast reminded me of my staple diet during the TAW race last year. Later in the day, I had my first carvery this year too. 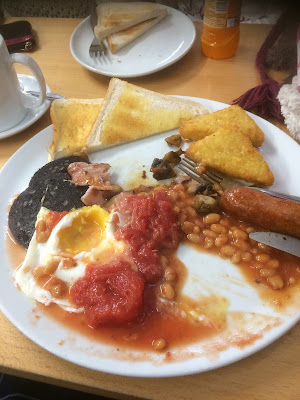 January 4th - What a great day for adventure this turned out to be. The evening welcomed my first curry which was super nice. Curry was followed by a trip to The Lark for some liquid refreshment. The night finished with my first BAM for the year. BAM is an acronym for Bivvy-a-Month. Ron, Rob and I decided we would camp out on this freezing night. First BAM! Woo hoo, only 11 to go! 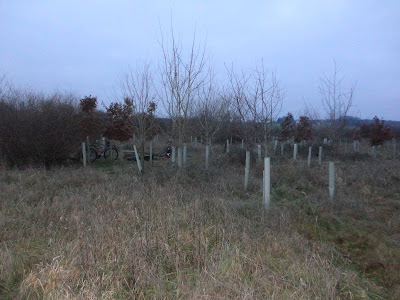 This was the first time we had camped at this exact location. This was also the first time that I had ever used a hooped bivvy too. The bivvy was pegged out which was great as it stopped everything drifting away. 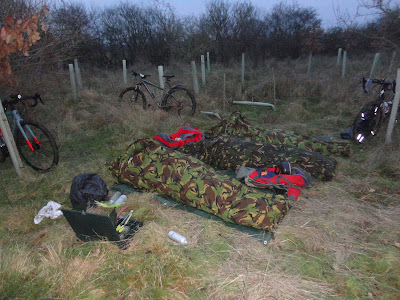 Ron's snoring was heard for the first time this year - at least by me and Rob! Not sure if I snored but I slept real well using my new Thermorest pillow for the very first time. The pillow was great but does not pack small enough for long distance bike packing. 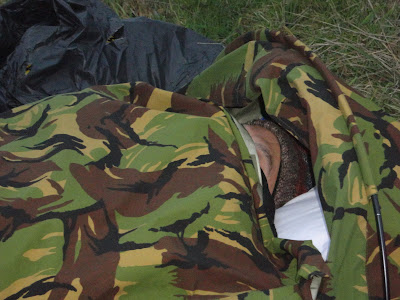 When morning came, I brewed us all a cup of green tea. This was followed by an amazing sausage breakfast (we ate sausages before we went to bed too). This breakfast was particularly special as I used my new camp knife for the first time. 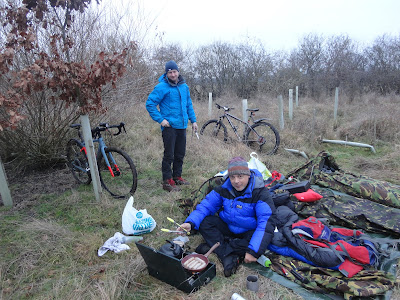 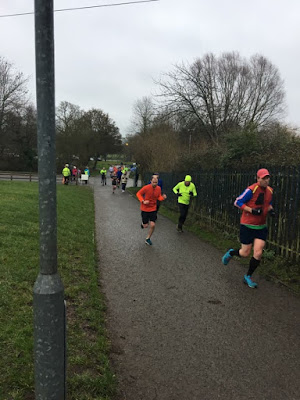 Jan 19th - First Park Run this year. Not my first one ever, oh no, this was Park Run number 18. I finished in 80th place out of a field of 457. My time was exactly 24 mins. I'd like to run much faster but this is as fast as my legs would allow. 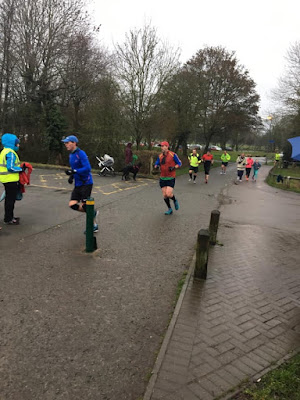 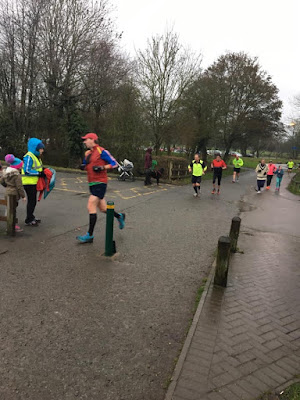 January 22nd - First yoga session ever! And this was not any regular yoga, oh no, this was Hot Pod Yoga! SJ had convinced me to attend and had sorted me a free trail session. 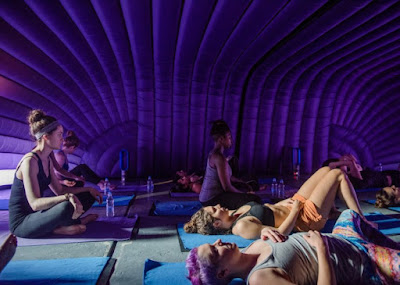 The session was really good to be fair. We were in this big pod thing which reminded me of Stranger Things and Teletubbies. Initially, I had the fear and started to panic a little because I felt a tad claustrophobic. Once we got started, all was great. We essentially performed a lot of Pilate's type moves but in a very warm, well 'hot', environment. The sweat dripped from us within seconds. Hot and wet!

Jan 26th - First 'different' Park Run this year. Better yet, this was my first Park Run with my wife too. We both ran the Churchfields Farm Park Run which is considered to be the countries toughest. This was my 19th Park Run to date and I finished in 30th place out of a field of 145. My time was 26:20. SJ finished not long after. I hope we both run this again sometime soon.

I've done a whole bunch of stuff for the first time this year. The above was just a selection of things to write about. If that doesn't give you a thirst for adventure, I'm not sure what will.
at January 26, 2019 No comments:

It's the New Year! I do hope the New Year blows the socks off anyone reading my blog! May your year be filled with love and adventure!

Before I blog about the new year (2019), I figured it would be fun to reflect on the past year (2018). What better than to have a look at the plan I made way back in January? Well, my plans were as follows: (2019 comments in blue)
Whilst I'm in this reflective mode, let me look back to when my records began and update further. Indeed, presented below is a list of my annual cycling and running distances (km, followed by miles in brackets). I've also high-lighted my 'big events' for particular years in red.

I started 2018 weighing 89.6 kg and ended weighing much heavier. Grr. Oh well, who cares, I cycled far more miles than previous few years. Maybe I need to run more as my running stats were quite poor. In my final month of 2018, I ran a few more k and managed a couple of runs with my wife which was nice. I think the Xmas day was my favourite run of 2018 (even if I had my slowest time).
I now start 2019 weighing 96 kg. This is of little surprise considering how much food I have devoured and how much whisky I have drank over the festive period. Lot's of work to do to get this weight shifted. Shifting weight is not my only plan, see below (in no particular order, save the fact that it follows a review of previous year):