Last week saw me complete 3 there-and-back work commutes and an epic audax adventure. The audax was the Rural South 300. This audax was in the South, rural and 300 (and 4) k's long! To top that, this was my 100th completed audax to date. I thought a 100k audax would be nice to mark my 100th audax, but, oh no, I had to be extra! My buddy, Chris Hodge, joined me on this adventure. Below are a collection of thoughts, remarks, ponders, etc...

At one juncture, I reached speeds of 50 mph. Zoomy! It was mega hilly in places!
It was a beautiful day with lots of long roads, often winding and undulating in nature.
My buddy Chris was cycling with me. This was to be his second 300k audax. Both of us just need to complete a 600k event this season to qualify as Super Randonneurs. We are mighty!
There seemed to be a M.O.D theme to this ride. We passed funny towers, forts and egg shaped satellite dishes. Bizarre!
Both our bikes were creaking and had chain ring related problems. I am too poor to get my bike fixed just yet.
About 23 cyclists took part in this event. Chris and I cycled together and at times were joined by a cyclist we dubbed 'Frankie Moon'. Frankie had helmet hair and looked a bit like a cling-on.
We were not the last to finish! We had an hour before our time limit was up. We both felt okay the following day.

PS I ate as well as ever and had basil on 2 separate occasions. The first was with tuna - lovely sarnies made by my wonderful sister Jane - many thanks! The second dose of basil was with some tomato soup on the return leg. Jane's basil won!
at July 29, 2014 No comments:

Nearly managed a whole week without even taking a sniff at my bikes. Fortunately, cousin Aid rocked up in the 'eleventh' hour and we managed a short trek before the week ended. Only cycled 24k, but that beats zero!
Hope to cycle a wee bit more over the coming week. In fact, will have too... Foolishly agreed to join Chris on a 300k event in the rural South! Oh boy....

Started this week by completing my 99th audax event to date! This event was the 'Saracen RC 200 (No 2)' permanent event organised by Sean Barker. This was a great event and a few of my thoughts are presented below.

The ride started (and finished) in Bournville. I parked my car next to the Christadelphian meeting room (where I have attended numerous services) and then used the ATM at the Tesco garage opposite for my start control proof. Less than 10k into the ride and I was following my commute route from work, heading home, speeding down Watery Lane in the Kings Norton area. The weather was just perfect for a bike ride and I had a feeling this was going to be a great day out. Suddenly, at the 30k, the GPX took me off road for about 2k. This off road track was awful for a carbon road bike but would have suited a MTB just fine. Just why this was included as part of the route, I don't know!
Following this brief off-road section, a busy main road had to be crossed. After the crossing, the route went back to being really quite wonderful. Lovely roads and great weather took me to the first control   in Moreton-in-Marsh. I used the ATM for POP purposes and ate some home-made sarnies under George and the Dragon!
From Moreton-in-Marsh, I made my way to Towcester, the next control. The route passed through Banbury, passing the cock horse at Banbury Cross. I also passed a wonderful wooden carving before reaching my control stop at Mc Donald's. 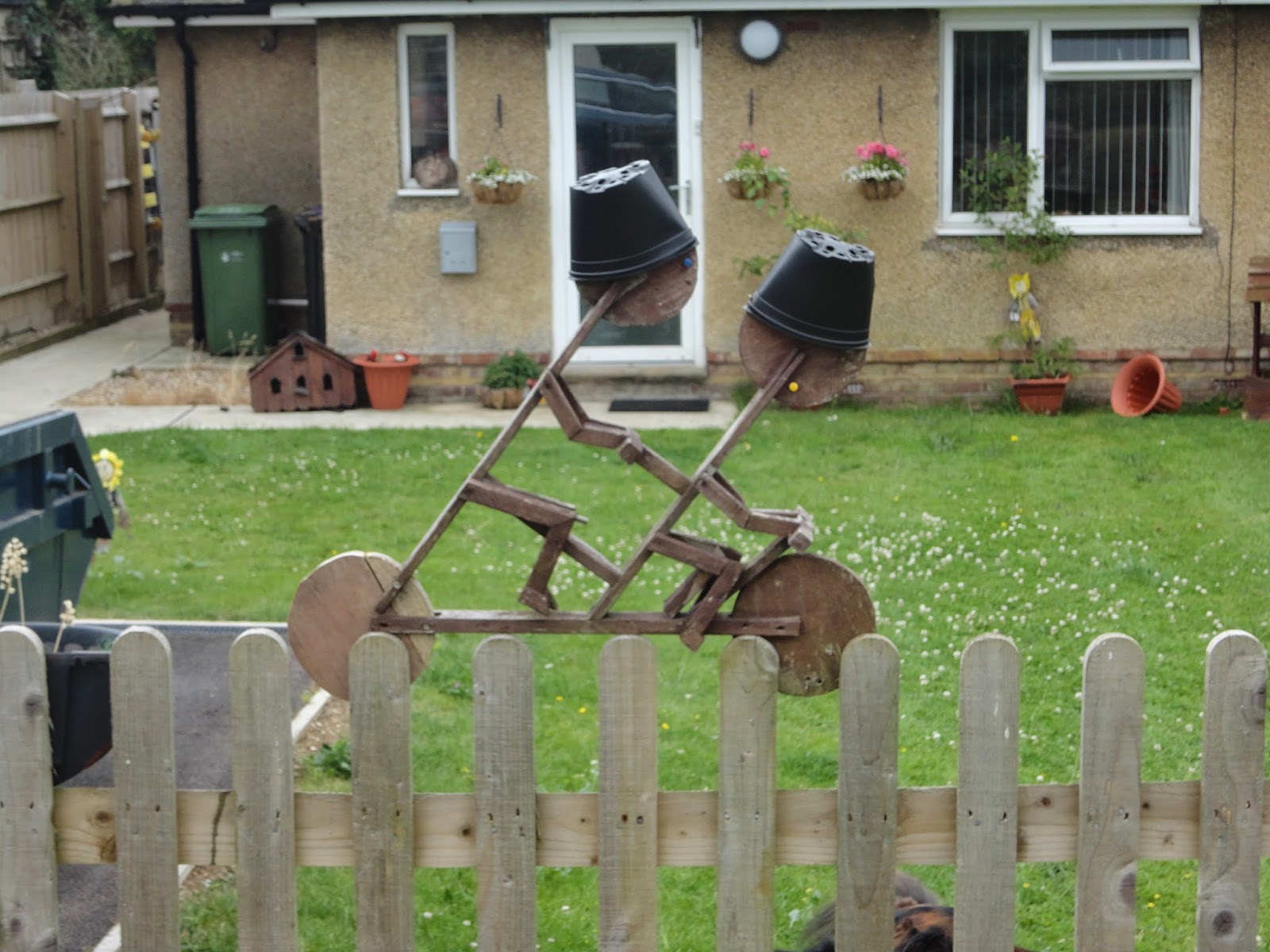 Suitably fuelled and the journey continued. Much of the route was undulating in nature. No real serious hills and hence no AAA points awarded but sure enough, the odd climb would get me out of a puff. The picture below demonstrates the hilliness profile of the ride. The next and penultimate control was Warwick Services. I think I went to North Services instead of South.
The last stage essentially returned back to the start in Bournville. The route went through Henley and passed a house my buddy Ron had told me about. This house had 2 bicycles chained to it's outside wall. 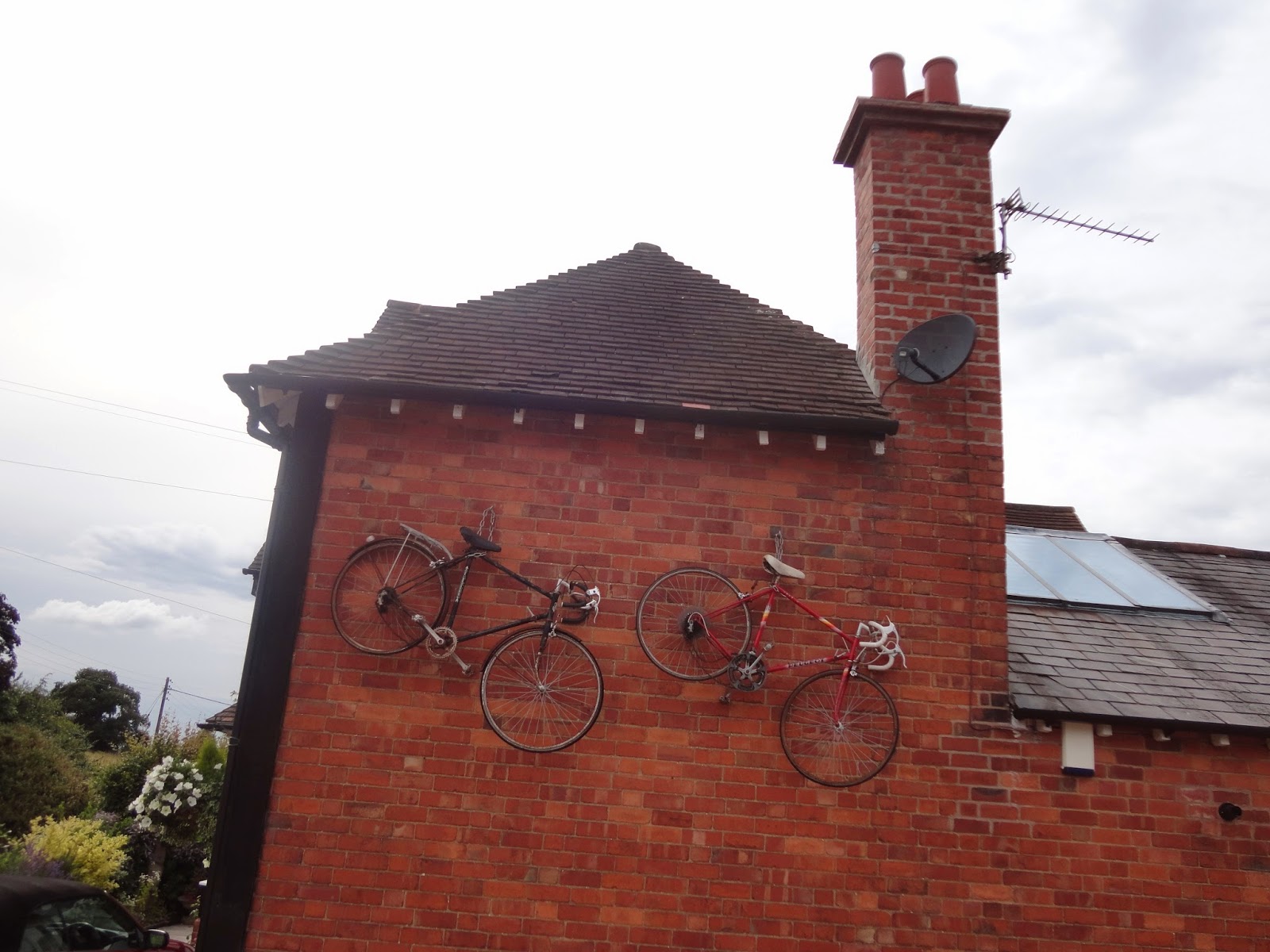 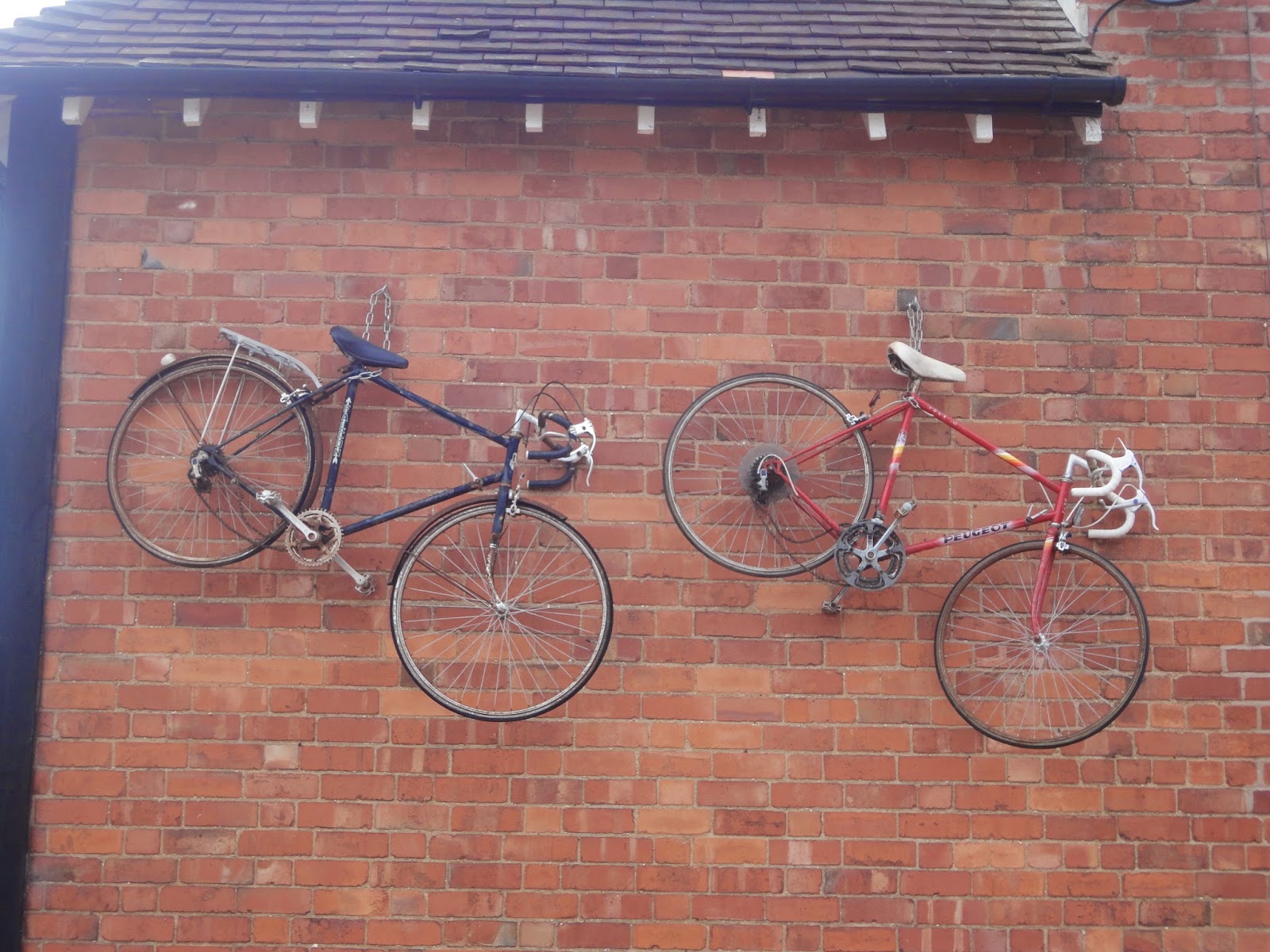 This must be what folk do where their garage's can no longer cater for additional bikes. My mother has her bike attached to the garden fence. I now know what I'm going to do with any retired bikes!

The last few k's of the audax once again took me onto my commute route and eventually back to the start. This was a very enjoyable  212k audax with over 2,000 metres of climbing which took me just over 10 hours to complete. Preferred this ride to the No 1 perm, though do not expect I'll ride either again for some time. A GPX track log of complete route is presented below.
The remainder of my adventures were made up of work and back commutes. The tyres I fitted a short while back have been fine and remained puncture free. Hope I am not tempting the puncture pixie here!

With the demands of modern life, I haven't posted for a while. All apologies for neglecting this blog. Now where to pick up?!

Oh, yes, that's it. Following my family holiday and 2 week absence from cycling, I am pleased to inform that I got back on the saddle again. I completed some work and back commutes and took my single-speed MTB out for a couple of small rides.

Sadly, my dear Uncle John passed away shortly after our holiday and he will be very sadly missed. Uncle John was a fellow cyclist and took pride in his (electric) cycle. Uncle John's sons are keen cyclists too and both came out for a spin with my brother Robin and I last weekend (this was my second single-speed MTB trek). The company was great but the weather was awful and we all got soaked to the skin! (Andy had borrowed my cycling gear and bike too - much washing and cleaning for me)!
On a brighter note, the Tour de France kicked off during the weekend too. How cool it is that the sport is getting the notice it deserves. Even the Royals were attentive.

Talking of royalty... My own princess is pregnant again! Below is a photo of my new babe, in utero!
To conclude this post, I'd like to share a photo of the mad sheep who have gotten into the spirit of the Tour de France! 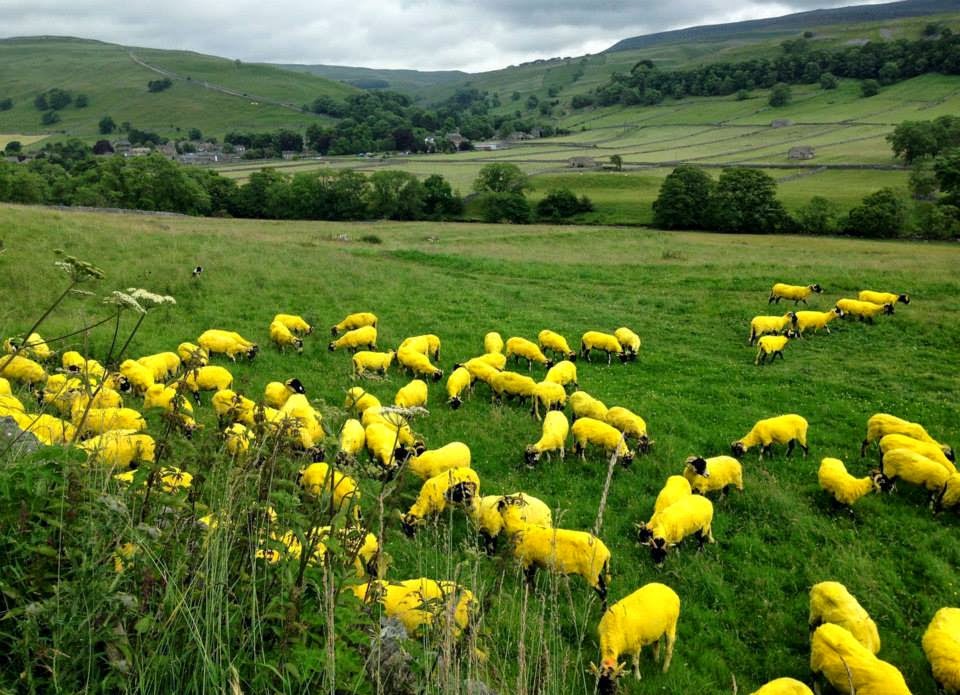