As vampires feed, I bleed

For a cycling blog, this weeks record of achievement is awfull. I only cycled once and clocked less than 20 miles. As ever, the week has proved eventfull though. 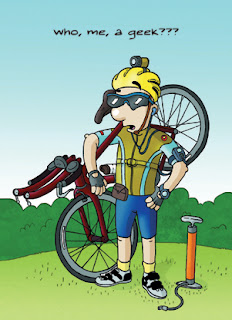 Monday began with the only cycle ride of the week. Ron and I cycled a now familiar route in reverse. We trekked across Arrow Vale, followed the no.5 cycle path, cut into Webheath woods, through Morton Stanley Park and finished with a mini race up St Judes Avenue. My bike behaved well, but looks kinda silly. Let me explain. Last week, I had a squeak coming from my bike (sounded like a mouse) which was really annoying. I identified the problem as being one of the pedals. So, I changed said pedal and the problem was fixed. However, this new pedal is a bright blue, whereas the other one is black. I have a lovely red, white and black cycle with a strikingly blue new pedal. Hmmm.
Tuesday was an awful day. I had on call duties but still considered a morning spin. 2 factors prevented this. The first was my paralysis of will. The second, I initially thought was saddle sore. On closer inspection something had bitten me right on the bum!
The next major set back was on Thursday. Following my major bike accident of last year, I was at the dentist this particular day having an operation. This operation was a bone graft and the inserting of 2 implants. (Teeth implants, not breasts!) This was a really weird experience. I sat in the chair and asked dentist 'are you gonna put me to sleep now', he replied 'of course not, that's what they do to dogs'. I had this injection in my arm of some sort of aneasthetic, which took me to a very strange place, though I remained conscious and awake throughout. My mother (bless her) was the first to see me post operation and commented 'his eyes really did roll round in his sockets' and, would you believe it 'whatever they gave Tim to knock him out - I want some'. Shocking. My mother alledges that I said 'the aneasthetic was as good as a trip anyday', but what would I know?! I certainly went to sleep not long after, and upon awakening looked very much nosferatu - blood pouring down both sides of my mouth. A few days on now, and I look like a chipmunk. Pain-killers are doing their job, but trust me, co-codamol at high strength makes one a little wonkey.
Late saturday night, I got some very disturbing news. My friend Louise Salter had died only the day before. Louise had taken to mountain biking earlier in the year and would frequently post me comments about her latest cycle venture. Louise was a good friend in times past and we shared some great fun times, including our Larmer Tree festival experience amongst others. Louise was a beautiful girl and lovely memories will remain. R.I.P Louise 11.10.1968 - 4.11.2010 x 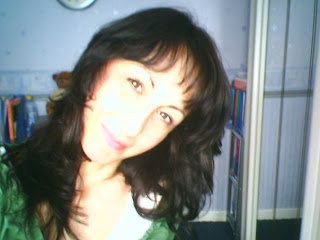