This week began with a wet weather run into work. I checked the BBC and Accuweather App's that both confirmed the rain would stay away. They lied! I got drenched on my commute. What ever happened to Michel Fish and John Kettley?! 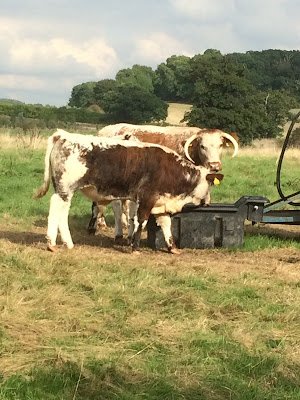 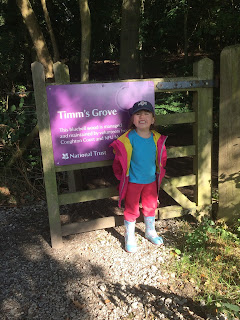 Our adventure began near Coughton Court, where we parked the car and then set off on foot looking for the 'magic woods'. As we journeyed we passed some pretty cows with 'big big horns and swishy tails'. We spotted lots of animals and creatures including sheep, birds, cricket, daddy long legs, wasp and a fly. After much wildlife spotting we spotted the magic woods (aka Timm's Grove) where I used to venture when training for my Ironman event. 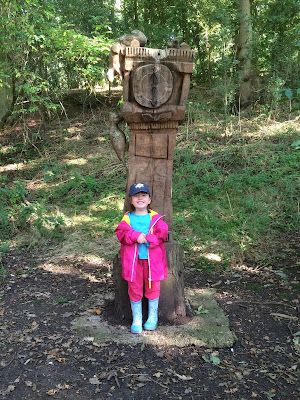 Time stood still for a moment. No doubt these woods were magical. Now that we had reached the woods there was only one thing for it - hot chocolate and marsh mallows! 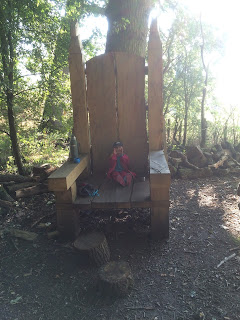 We found a little place to sit and chilled out a while. This was the first time Lunar was given a hot drink. Despite her saying she liked her hot chocolate, she didn't actually take a sip. Lunar found a steaming drink just a tad bit too weird. She ate enough marsh mallows though! 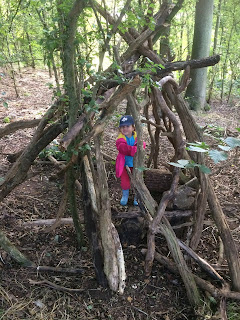 The trip around the wood was nice. We counted steps, played tunes with sticks, jumped around and found a den. We'll be sure to do this again! 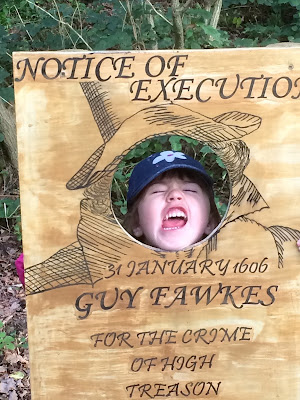 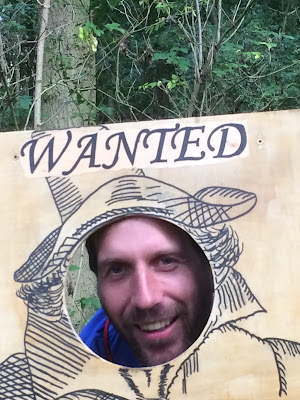 That's if we don't get executed! 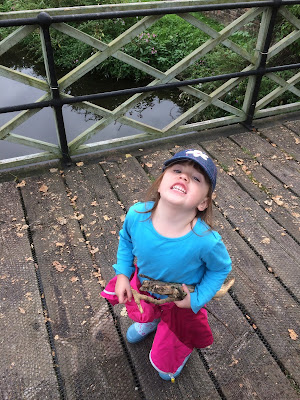 After our wood visit we went exploring further (after eating a few wild berries). We went to where there be dragons and crossed many bridges as we went. This was great and new to the both of us. Lunar loved the great outdoors and gave a tree a hug for being so awesome. 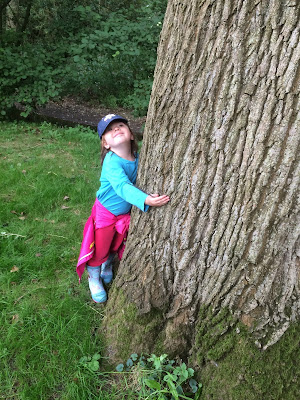 We found a house and Lunar insisted she make me some (let's pretend) pancakes. Delicious! Maybe this house would make a great wild camping spot?! 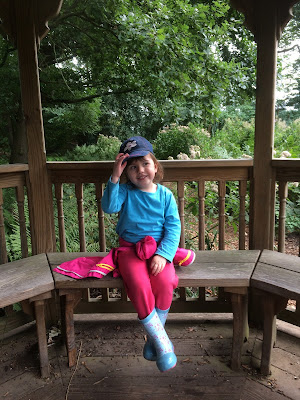 Further exploration resulted in us finding lots of woollen animals - quite bizarre. Lunar called them puppets. Lunar appeared to like puppet finding more fun that creature spotting. As we explored more we found Coughton Court and knew that this adventure had come to an end.

Took a nice cycle commute into work on Wednesday. Had a horrible day at work. Lovely (despite the skies looking grey and miserable) cycle commute home. Two out of three ain't bad!

BBC and Accuweather lied again on Thursday. My alleged sunny ride into work was a wet one! At least the return home was sunny but boy did my chain squeak (the 'dry' lube had clearly been washed away by the earlier rain.

Ran into work on Friday. The run was fine but I had mislaid my TomTom watch which was annoying (and my TomTom test watch was not charged up). I knew the route well, so knew I had ran 10k which took me about an hour.
at September 24, 2016