Short blog about a man without a dog

This week started with a bank holiday - bonus! The weather wasn't so great though - boo! Went for a jolly good 5k run and felt the balance was just right.
Tuesday was like 'the old days'... I managed one of my so called 'duathlon days' and took part in 2 sports. The first was a 5k run before work. The second was an open water (OW) swim. So pleased I swam, this was the first time in the water since completing my Iron Man event last year. Could only manage 1,500m (2 laps) and boy did my arms and shoulders ache. My wetsuit seemed to have shrunk too (I am a good 10kg heavier). But, aha, I swam!

Wednesday and Thursday were my cycle commute days. I played around with the return leg from work on both days and cycled more country lanes which was nice. On the Wednesday, I also managed a walk around the work lake.

Friday was another multisport day. Started with a 5k run around the village. Finished with my wife thrashing 3:2 when we played badminton. 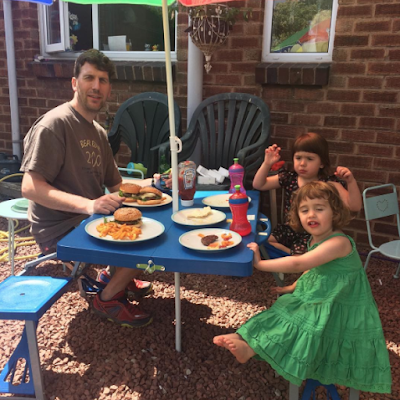 Did little over the weekend. Well, did a lot of eating to be fair - including some super burgers cooked by the Mrs. On a healthier note, swam for a second time this week (and year) in Ragley Lake. Was a lot quieter than earlier in the week. Only covered 1,600m but that was enough for me.
at June 04, 2017