Training went well this week. Spent a few hours indoors on the rollers, spent time outside on the mountain bike and even went for a run. This training was the preperation for my 15th audax.


Felt good to be back on the rollers again. Had not used them for a while and finding the motivation to use them is at times difficult. Rollers require not only motivation but concentration as it is easy to fall off. Somehow, I found both the motivation and concentration necessary and used the rollers 2 days running. I thought about my sister Jane doing her gym work as I was rolling to the sound of Muse.


Mid-week I took Scotty out on a solo trip (both Ron and John being busy this week). I cycled the route Ron and I did last week (on our road bikes), namely the 'shortened' 1 hour loop. Like last week, I made up my miles by cycling through Studley village. Was generally a nice trek but was very cold and I have ideas of investing in a new saddle. My current saddle is a Selle Itaia SLR and it's not the comfiest by any means. I might research fizik saddles, especially as I have a number of off road events planned.


Went running with SJ and Cody. SJ provided the motivation as I could have easily have found an excuse not to go - it was cold, I was tired, lazy, etc ... Felt better once we got started. We ran around Oversley Woods in the dark. After the run, SJ put me to shame as she completed a great number more sit up's than I could ever imagine doing. Show off!


Had my Brevet card returned from the Willy Warmer audax I completed in January, which was nice. However, the card was returned with a letter from the event organiser which made sad reading. I quote ''one big downer on the day was the loss of a bike... some opportunistic scrote made away on a very nice blue Ribble bike... The lightest cheapest cable lock will deter rideaway thieves''. With the advice of this organiser, I might invest in a lock! 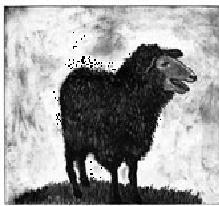 During the weekend I cycled my 15th audax, namely the 'Mr Pickwick's March Madness' event. This was a 209k audax starting and finishing in Tewkesbury. The event was quite a hilly affair and earned me 1.75 AAA points.
The event startd early, at 7 a.m, on a cold and misty morning. I was pleased to try out my new front and rear lights which I had just gotten on the cheap in an end of year sale - they worked fine. The first stage was a 46k affair that took me to Bromyard. The road surface was generally fine, but patches of frozen water were encountered here and there. I was suitably kitted out wearing 3 pairs of gloves, which might sound extreme, but it kept my digits warm! My feet were toasty too - I wore wooly socks and my overshoes. My overshoes are rubbish to be fair, they rub against my heel (painfull after a while) and squeak as they rub against the pedal arm. This squeak makes folk think I have a mouse in my pocket, or rubbing brake blokes. I figured I'd put up with the squeak rather than cold feet. ﻿Hills in this stage kept me warm too. A big fat hill that hair-pinned it's way up to Malvern base camp made sure of that! Awarded myself with beans on toast once I reached the first control.
Left the control and started cycling a 56k trek to Soudley. It wasn't long to 'Bananaman' caught me up (a cyclist wearing bright yellow). Bananaman and I stuck together all the way to the control. We chatted quite a lot about random stuff and when we weren't chatting I was following his wheel. This stage was quite undulating in nature and was mostly an uphill gradient. The control was within the Forest of Dean, being at the Dean Heritage Centre. At this control I ate more beans, along with sausage and egg.
Stage 3 was a long slog, a 75k affair to Saul. This sort of slog was like the stages I remeber from my 300k event last year. The trek started off within the confines of the Forest and a couple of deer ran out ahead of me which was pretty neat. I was riding mostly solo until I caught a chap up in Wales (he had taken a wrong turn). I recognised this chap from a previous audax (not sure which one). We cycled as a pair and crossed the Severn bridge which was truly awesome. This chap made the mistake of allowing me to continue navigating. Sure enough we got a little lost, but some kind horse riding girls set us back on track. In the distance ahead we could see a group of cyclists - I pulled myself and the chap along till we joined said group (it was real tiring on my behlaf but the chap thanked me for my efforts). The group we were now cycling in contained 7 cyclists in all and I was pleased to stay at the back all the way to the control. The control was situated next to the canal which was real pretty and although I had been pulled along for the last so many miles I felt whacked and was glad of a stop. I devoured a peanut butter slice and a twix here. When the group were about to leave, they and asked if I wanted to follow - I declined, preferring to drink a cup of tea before I set off for the last section. 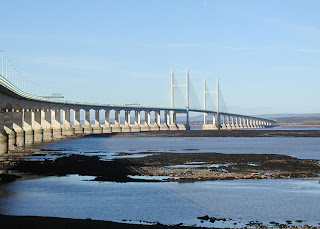 The last stage was only 30k. Only 30k that is, if I hadn't gotten lost. Maybe I should have skipped the tea and went with the group?! The trek started off well, following a canal tow path (good surface here) for some miles until reaching docks in Gloucester. It was at these docks I got lost. Didn't matter too much, I had found Gloucester and that was real pretty. Funny thing was I asked folk where College Street was and I was standing right on it. Being back on track I cycled along the A38 back into Tewkesbury and to the Arrivee marked on my route sheet. There was no one at the Arrivee?! I went to the car park and met some others who had finished - they informed I had an old route sheet and pointed me to the 'proper' Arrivee. I reached the Arrivee at last. The event took me 10 and 3/4 hours to complete and I was pleased with that time and I cycled a distance of 131.42 miles. The event on the whole was great - good to cycle roads, tow path and across a bridge and nice knowing I had gotten to Wales and back. The sun didn't shine so much, but it didn't rain and I returned with a relatively clean bike. The last 12 miles were cycled on real tired legs, but I had completed another 200k audax, gotten 1.75 AAA points and could use this 200k as a qualifying event for PBP (ha!).
Weekly totals: Cycled 187 miles; Ran for 23 mins.
at March 06, 2011