The Poor Student, Gold Rush and other short stories

Started this week's training with an audax event. This event was The Poor Student 200, a 200k permanent event run under Audax UK regulations. These regulations basically meant that I had to complete this distance, on a bicycle, in under 14 hours. I attempted this ride prior to PBP but had to abandon or 'pack' after my rear wheel collapsed. This event would determine if my American Classics wheel set was a good investment... 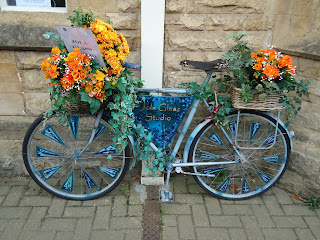 Started the event at the Peartree park and ride in Oxford. Only recently have they started to charge for parking. Not to worry, this receipt could be used as my first control proof (the fare was £1.50). This first leg (of 3) to the control at Malmesbury was 80k. The route was mostly flat, quiet and lanesy. Was hard to judge if this was a fast section though, as my bike computer had packed up. I felt I was going quite slow and battled a head wind all the way to control. It rained at times too, but when the rain cleared, blue skies formed. In the distance I had a great view of Uffington white horse. The control was a cafe I had used on a previous audax with Ron (the one where I swear he winked at the waitress and got extra sized cake). I had a breakfast of bacon, scrambled egg, beans and toast and washed said down with a cup of tea. 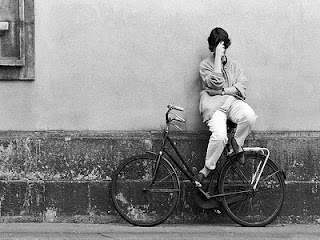 Leaving Malmesbury was initially a breeze on nice fast roads. After reaching Cirencestor though, the route became distinctly hilly. No major hills, there were no AAA points on these route, but hilly none-the-less. At about the 100k mark, I stopped to take a picture of what I can best describe as arches. Pretty, eh?! 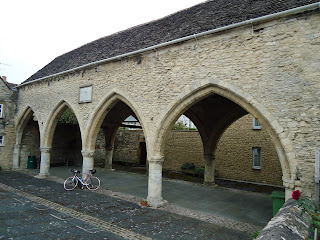 After leaving the arches and all those hills behind, a fast descent took me into Chipping Campden, the next control. Like the a-fore mentioned arches, more arches were found here too. Pretty, huh?! The bike that appears at the top of the blog was found here too. Most unlike myself, I didn't indulge in tea or cake at any tea room. Instead I admired the town and just devoured an apple and banana with a bottle of water before starting the final leg. 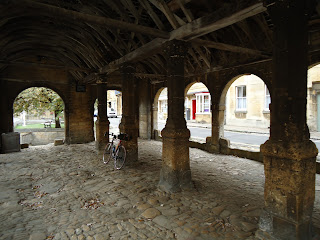 Leaving Chipping Campden it started to rain again but the rain was not heavy and it never lasted too long. Autumnal colours were seen everywhere which was very pretty. The route from here was undulating but downhill mostly. Once I had reached Shipton, it was clear that it was no longer summer - the night was drawing in and I had to use my lights. All route was fairly pleased with the route sheet and now it had taken me safely back to the control in Oxford.

Cycled a total distance of 206k during audax, in approximately 10 hours. 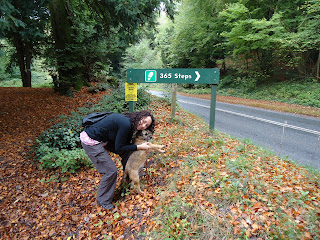 A trip to Tintern took place the day after the audax. SJ and I put on our walking boots and took Cody past Tintern Abbey to a sign that read '365 steps'. We followed these steps (I don't think there really was 365 of them) up a steep slippery climb, through woodland, mystical trees and rock faces until we got high into the sky. Once at the top we were rewarded with a great view and it felt like we were in an eagles nest. The weather was awful and we abandoned plans of walking any further. 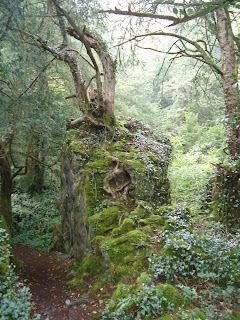 Midweek, my cousin's wife 'Jas' tempted SJ and myself with Gold. This gold was in the form of gold bond places for the London Marathon 2012. These little nuggets of gold allow folk to run in the marathon providing they make a pledge to donate a certain amount of money to charity. Several charities have a number of these gold nuggets and one has to make an application. SJ and I thought it sounded like a good, golden if you like, idea. In the gold rush SJ tried to stake gold by offering to support a cancer charity - her application got turned down. SJ made another application for the BackCare charity and woo hoo, she struck gold. SJ has a confirmed place to run in the London 2012 marathon! I made a stake at running for the charity formerly known as the RNIB who are at time of this entry considering my application. I won't be running in this marathon though, as fundraising is an issue. I have gone for bronze and will be running in the Bath Beat marathon the week before (which is actually a walking event...). I plan to support SJ, become her coach and help her fund raise for her chosen charity. SJ has to raise about £1,500. As for Jas, I think she struck gold too.

Without further a-do SJ, Cody and I went for a training run. We ran an off road track from near Karen's house (my ex running partner) to Coughton Ford and Back via the Blue-bell woods. This was a good run and we all broke out into a sweat. This run was just under 3.5 miles. I plan to record all SJ's training efforts now and help her prepare for her marathon.
Researched some training plans that I plan to implement for SJ's big run. This research helped me to distinguish between a jog and a run. Basically a jog is where one's heart rate is beating between 60-70% of maximum heart rate (MHR) and a run is where the heart is beating at 70-80% MHR. Therefore, a run is a more intensive workout than a jog. With this new knowledge, I went out for a 30 minute jog with Cody. We jogged over the fields of Studley and covered about 2.5 miles.
A lovely website has been created so that folk can support SJ on her big run and sponsor her efforts. When SJ permits, I will put a link to her website on this blog. SJ is supporting BackCare the charity for healthier backs that helps people manage and prevent back pain by providing information and promoting self help through their website, helpline and publications.
Maybe I should get SJ back on her bike too ... 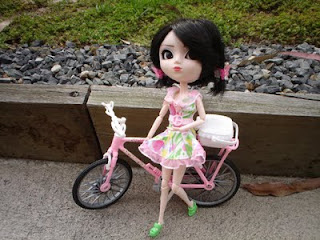