On Friday 14 October 2011, 2 brave adventurers decided to leave the mainland. With just a couple of metal horses laden with swag bags they headed for the coast in search of adventure. Adventure was soon found in a little pub in Broughton - the home of the famous buffalo Broughton burger! However, before even reaching the coast they encountered troubles of the road rage variety. Indeed, some butch road hog wound down his window and slapped a butt cheek! 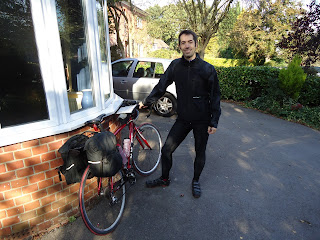 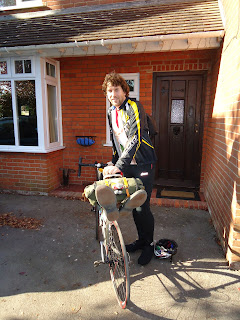 With minor retaliation, our wearied and some-what wounded adventurers continued on. After slogging some 40 miles or so, they spotted a ship and jumped aboard. This ship took them to the mysterious Isle they were in search of. So tired they were after sailing these storm seas, that they found refuge for the night as stow-aways in a floating boat. 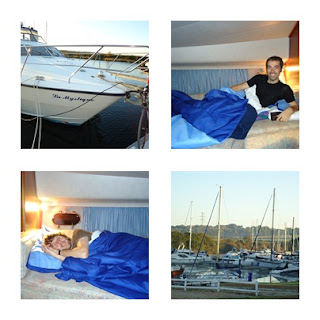 So crazy was the Island. Our adventurers found themselves drinking old port in Newport. They found Cowes that could not be milked. The adventure took them post T. Taylors shop, but it didn't belong to him. And, they found an old town in Newtown. How bizarre?!
﻿ 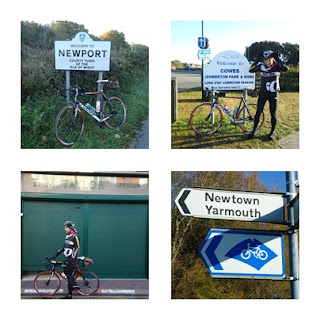 The Island experience just got weirder and weirder. Freshwater that couldn't be drank was found. Needles that could not be sewn were stumbled upon. And sew on and sew forth. 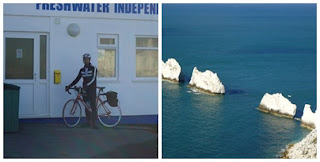 I would have loved to report that the adventurers had a great time and inform they made it back to the mainland safe, but they didn't. Oh no, not at all. The poor pair were eaten by a T-Rex that lived happily ever after. 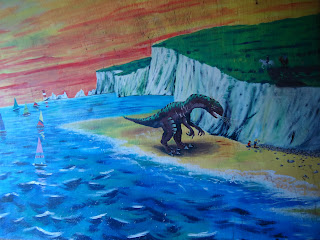 THE END.
The adventurers cycled a total distance of 179 miles during their adventure.
Weekly totals: Ran 6 miles; Cycled 199 miles.﻿
at October 17, 2011