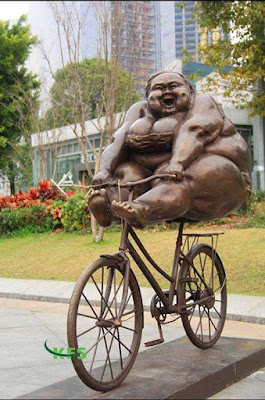 Grr! Arrgh! Frustrated with this weeks training. Had planned to complete my first 300k audax of the season. No such joy however, the crazy weather put an end to that. Yes indeed, heavy snow showers were forecast, breezy wind and freezing temperatures evident. The Dean was a DNS.

Only managed to squeeze in a couple of work and back cycle commutes. To be fair could have completed more but the heavy rain put me off. Plus, I was hoping to 'save my legs' for The Dean over the weekend.
Took to the turbo once in the week. The creaking sound persisted and I was still not sure what it was exactly but it both annoyed and concerned me in equal measure. 30 minutes on the turbo and I really did feel whacked. So cool that Melody decided to have a quick spin too!

The weather actually didn't turn out to be that bad on Saturday, however, it was very windy. It was really annoying that I had prepared for The Dean and packed car with bike and all my stuff. Not wanting to be a complete grump, I cycled a 40k local route instead. One moment it was sunny, the next it was dark and snowing and throughout it was windy. At least I had cycled and added a few more k to my training week.

A few more k still were added to my training week on Saturday afternoon. I decided to take a run around the village. Was pleased I had ran despite it being bitterly cold.
Sunday morning came and I decided I would run a few k more. Opened the curtains and wowser, the snow had fallen and was covering everything. No bother, I donned my waterproof socks and trail shoes and ran cross country. I love the fields of Studley in the snow. I love running in the snow especially when my foot prints are the only ones visible in the virgin snow.

Wanted to end this blog with a memory from yester-year. So, below, is one of those real funny historic moments. This memory was the occasion of me losing my shoe whilst out cycling with my buddy Chris. The good thing was, I found it again! And if the shoe fits...