This week started relatively awesome. On the very first day of this week, I cycled more miles than I did in the whole of the previous week. Better yet, my bike was kitted out in some rather funky mud-guards (thanks for fitting them Chris).
Monday saw me complete a 205k DIY perm that I named 'The Golem'. Gollum was a creature Chris and I met at the end of an audax event some years back. He appeared to be choking on fur balls. However, Gollum was one mean cyclist and would cycle epic distances day after day. This ride was so-named in Gollum's honour.
My ride started early doors and left Studley heading towards Stratford. Country lanes led to tow-path. Along the stretch of tow-path I passed a pitched tent and parked cycle. This tent has been here ages, I remember passing it on a previous perm event (reverse direction). Decided to take a pic so that all can see. That tent must have been pitched during the heavy recent snow flurry. Wowsers. From Stratford my route took me to the Cotswolds. It was clear when I had reached the Cotswolds, a 16% gradient marked entry into the territory. After catching my breath once more, a few more k took me to the first control in Banbury. 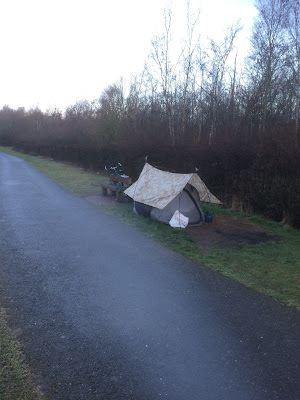 Banbury was not how I remembered it. Perhaps this was because I did not venture into the Town Centre. No cock horse was seen today. From Banbury to Milton Keynes the route was largely un-interesting following a lot of main road. A number of tanks were passed at one point which was pretty neat. Just like the previous control, I missed out the Town Centre. Hope my MK receipt is proof of passage enough?!
Many slushy, snowy roads were cycled as my route headed towards Napton. Thankfully no ice was encountered. Temperatures were much improved compared to recent days too. 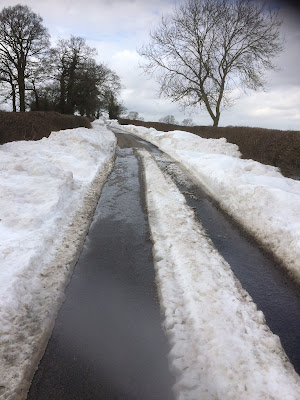 Stopped at a garage in Napton for POP purposes and purchased a pork pie. I stopped in Napton on the Hill first but it did not appear to have any shops or ATM's. It did have a school though with some interesting Bible quotes printed on it's walls. 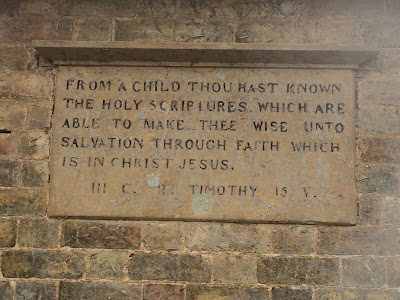 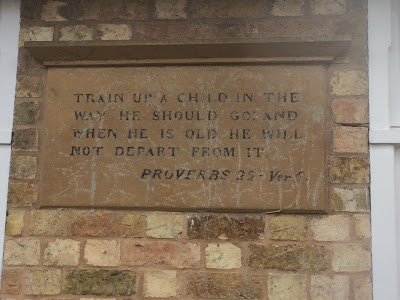 Next leg was more interesting and both gravel roads and tow-path featured. I encountered a miserable bald-headed brute on the tow-path who felt it necessary to hurl some verbal abuse. I replied 'there's nothing quite like being polite' which angered him further. I had images in my head of me pushing him into the canal. Kenilworth was the next control and wow, the castle was just stunning.
Final leg was a wee bit menace. The weather forecast predicted rain at 4 p.m. and for once it was accurate. It rained big time all the way home. This last leg was only 25k so at least that wasn't so bad. The roads were really quite flooded too, due to the melted snow. Pleased to have reached home in daylight and so pleased I had completed a long distance event after a bit of a lull.

Following day, I felt rough as boots. I never tend to recover too well nowadays. Struggled to complete a work and back cycle commute. Struggled, but hey, completed. How's that for some 'back to back' magic?!

Mid-week and I swapped the bike for shoes. Just ran a short 5k trek around my village. Felt great.

Back on the bike on Thursday. Completed another work and back commute. Felt less whacked compared to my previous commute.

Friday was a rest day. Had planned to do 'something' but ran out of puff. Kebab became a feature of my training plan. 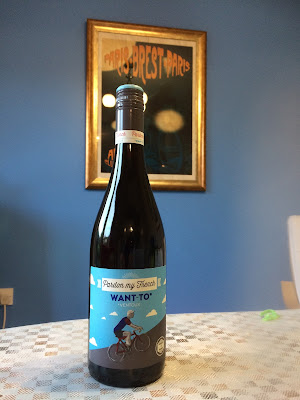 On the weekend, SJ came back from Aldi with a rather wonderful bottle of wine. It's label read 'Pardon my French. Want-To. Ventoux'. How cool! Better yet, SJ informed me that her (old) boss has a tandem we can have.

Saturday was spent out-doors with the kids on their bikes. My cycling was indoors though. Spun for 30 minutes on my turbo trainer. Cadence sensor had started working again (changed battery) but something still creaks like crazy. A certain Mr Edmonds suggested it might be my knees. 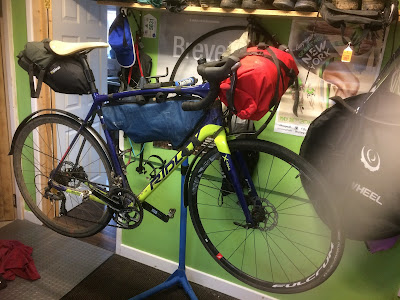 Played around with Eleven, looking at how my bike may need to be set up for TAW. Pleased that I could attach front harness even with mud-guards fitted. I had to screw and un-screw certain bolts but all appeared ok. Will have to mount Garmin somewhere else and lights will need moving about too. Hopefully a dynamo wheel will be added soon and my Garmin extension arm is sure to come in handy.

Ended the week by running another 5k on the Sunday. All in all, a rather good 7 days. Next week, I hope to complete a 300k event. Oh, and happy Mothers Day mother and mothers!
at March 11, 2018