September was a month where I tried to stick to 'Golden Rules' that I had created recently, in an attempt to feel fitter, happier and ideally lose some weight (fat). The first half of the month went ok and the second went as follows:

The week beginning 14th September didn't start too great, I felt as rough as boots. I had a mild 'man flu'. It wasn't Covid, I just had the snots. Even so, I pushed myself to complete a run and by the end of the week felt much better. I ran a fair few times and was really quite pleased with my efforts.

Cycled on a few occasions during that week too and used a number of different bikes which is always fun. Cycled with a few different folk which is always nice. Was good to get cousin Aid out on his bike again, along with Ron. 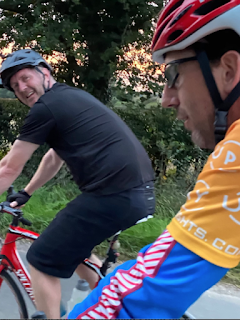 My poor dog 'Cody' died during this week which was real sad. She had lived with my sister Kim for a number of years, however, this didn't stop me from missing her so. She had quite an impact on all my family. Memories of her will last a life time. 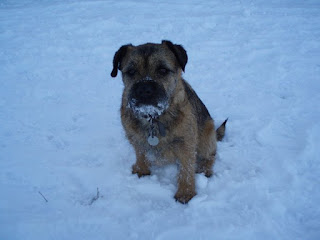 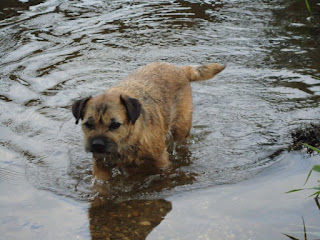 This really was a mixed week. It was the first time in a long time that I had cycled over 100k (in one shot) and the first time ever (I think) that I cycled with the 'WT's', a group of cycling friends from the Wythal area. This was a great cycle with Tony and Mark and new (to me) folks - John and Les (who was 69 years old). 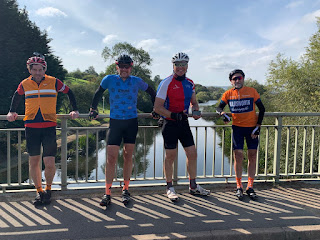 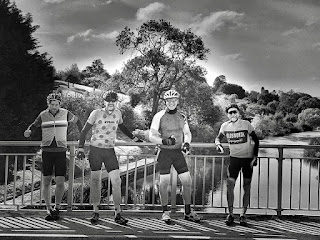 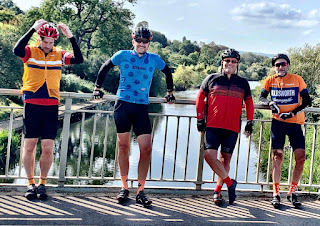 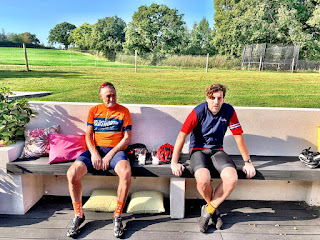 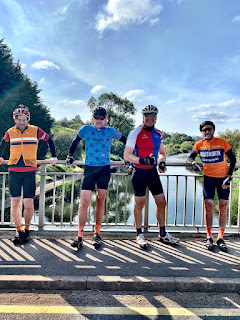 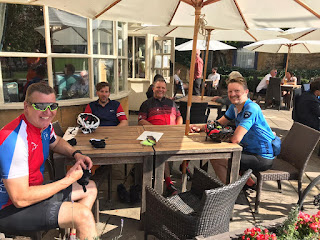 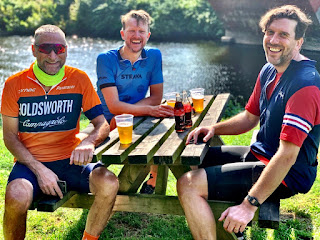 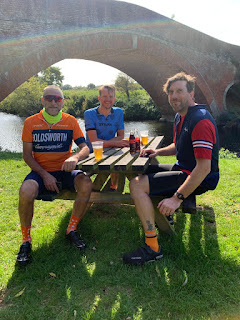 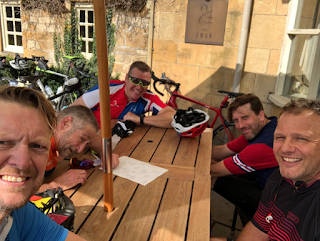 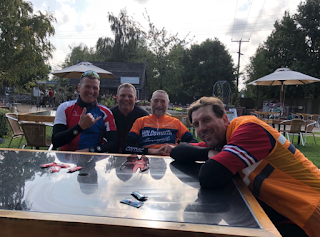 My Diet wasn't fantastic this week, however, it wasn't that bad. I had another intermittent fast. Throughout the week days I ate relatively well, however, once Friday appeared so did the chocolate, coke, wine, chips and burgers. 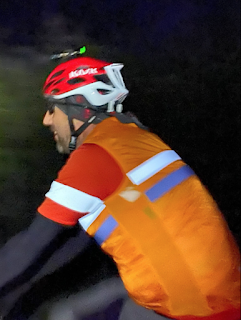 The tail of September was much like the week before - pretty mixed. I was pleased to cycle a few k again (though didn't cycle anywhere near a 100k) and it was good to cycle with Ron and Aid. If only I could add a few more k's.
Running went real well. I ran over 30k in the week and must report that I was super pleased with my Runderwear pants (no chafing) and my new super Garmin Forerunner watch. This watch beeps every k and the face lights up when you turn your wrist to look at the face amongst the many other ace features it has. This watch also plays music and the sound quality appears much crisper than my Tom Tom watch ever did.
Diet was mixed again. Began the week quite well, however, was munching fish and chips and kebab by the weekend. I did fit in another fast. Weekend camping saw me consume a little alcohol and eat more fat. Oh well. The awesome thing is, I weighed myself and 89.6kg was what the scales read - woo hoo - I had lost exactly 3kg in a month.
Camping was awesome as it always is. It was just Rob Dog and I camping on this occasion. We camped in a brand new spot and had the usual fried delights, alcohol, laughs and chats before falling asleep. I decided to use my Rab bivvy for a change. It was very cold in the night and both Rob and I had some condensation come morning. I climbed out my bivvy in the night and saw an awesome starry sky, an owl and we both saw a badger earlier! We awoke to a frost, not to worry, we soon had a warm tea and a fried breakfast to provide some central heating! 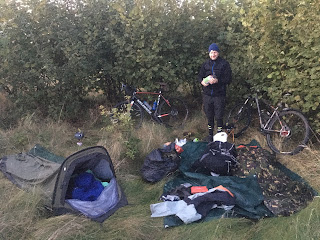 Once home, had time for a nice cup of tea before the next adventure began. Finished the week with a nice walk with the kids and SJ. Croom Court, such a lovely place to visit.
All in all, a great month. Praise and thanks be to God for his great creation. How awesome to be blessed with health, equipped with senses and filled with hope.
at September 27, 2020