Mojo yoyo (and the LEL premiere)

Last week I got my mojo back. This week I lost it again. Mojo yoyo!

Without a mojo, little training took place. I ran a 10k run on Monday but this was a naff effort. This 10k run took me longer than usual and my right leg hurt big time. I don't think I recovered too well after my half marathon run last week. I think this caused my dip in mood and motivation levels. Scared of injury, fed up and generally felt whacked. Didn't touch my bike at all.
However, all was not bad. I attended the London-Edinburgh-London film premiere at long last. This was a great film documentary made by MadeGood.films. They followed a bunch of cyclists (myself being one of them) on a remarkable feat of endurance, that took them from central London all the way to Edinburgh and back in under 116 hours. Travelling just over 1400k (1500k in my case), they were tested in many ways... The trailer can be viewed here. 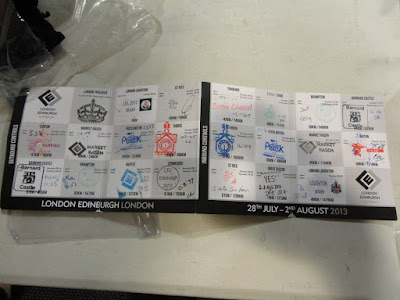 The film was pretty great on the whole and it was interesting to hear different accounts and share different stories. The atmosphere was sound. I dunno, maybe 100 people filled a picture house to share this experience including a number of the riders who featured in the film. Better yet, my parents and friends - Chris and Gary were there with me too. I felt the film could have been improved a little - showing each rider finish would have been great (my finish is not shown). I was led to believe my name would appear in the credits, I didn't see that either! Other than that though, the film was great and captured the experience well. 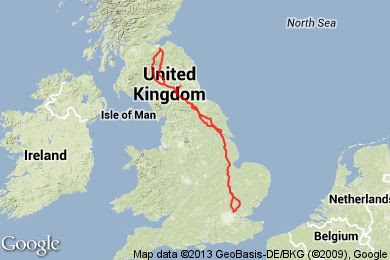 After the film we had an after party which was nice. I spoke with a number of folk and almost all 'bigged me up' and gave wonderful comments. 3 people commented that the scene where I was describing the wonderful things I saw whilst cycling 'made it for them' which was nice to hear. Some folk commented they liked my humility and sarcasm. Really?! I mean really?! What made the film for me, was seeing Pauline support her husband (one of the riders) throughout and sharing her experience, both highs and lows. She reminded me of SJ and how she supported me during PBP. SJ made an appearance in this film too, along with my daughter Lunar which was extra special. I will be interested to hear what my friends and family think once they have all seen this film. 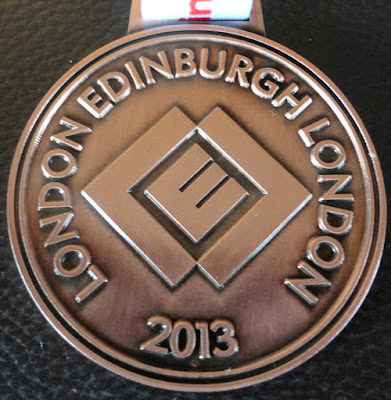 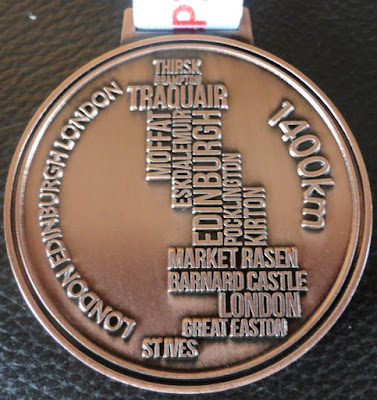 And talking of PBP, wow, that's only 2 weeks away. After watching the LEL premiere I kinda wish I was cycling the event. It will be great following my friends Ron, Jamie, Andy and of course Gary. I wish them well! Gary (and Lin) also cycled the London Prudential 100 ride yesterday, I wonder how they got on?!

Was hoping the LEL premiere would inspire me to ride again and prove a big motivator but Sunday came and I still didn't touch my bike. Neither did I attend my tri-club and swim or run. I only have 10 weeks to go now until my planned marathon, let's hope I get my mojo back!

POST SCRIPT. After publishing my blog, I read a nice 'write up' article about the LEL premiere on the YACF site by Alwyn. With permission, I have included Alwyn's account below.

So, three quarters of the LEL team, a smattering of volunteers, a few stars of the film, some riders and lots of other cycling types descended on Hackney yesterday to watch the first screening of madegood's film about LEL. We were all rather excited to see what they'd made of the event, not least how we'd all look at the end of such a gruelling event.Madegood have done a fantastic job with what must have been a tiny budget. They started with interviews with about six or seven riders, some British and some foreign. The rest of film switched between some fantastic footage of riders on the road and interviews with them in controls. Very soon the film shifted its focus away from those riders that were finishing with ease, and those who were clearly struggling to finish. It was fascinating to see how different people coped with adversity. Shu, an incredibly strong rider, was clearly rattled by her inability to meet her own incredibly high standards. Toshi looked cool and reserved despite being right on the wire at each control. For me the three stars of the film were Tom (I think?), the young chap in the Manchester Wheelers jersey, riding his first event of this distance. They got some great footage of him riding through mist looking utterly miserable and ground down by his aches and pains. In contrast a chap from Saddleworth Clarion (sorry, I forgot everyone's names) seemed jolly despite his aches and pains (he too had only been cycling a few months), but was out-jollied by his wife who has a turn of phrase that had the audience in stitches. A rider from Dunwich Paragon seemed to age 20 years over four days, though I'm pleased to report he looks back to his old self.Madegood have done a fantastic job on a tiny budget. It's a great film that captures what we're about with warmth and humour. I'm told the DVDs will be out "soon", when pressed they said a month or so. If you're desperate to see it before then, you'll be able to see it at the LEL stand at registration at PBP.
at August 02, 2015