Week started with an 8k run up to the Slough and back. My run started in daylight and finished in darkness. Was listening to Pink Floyd's 'a saucerful of secrets', which I have to say was quite trippy when running in the dark. 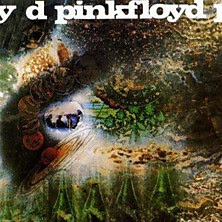 Grabbed my skipping rope Tuesday morning but was whacked after a couple of minutes - maybe I'll re-visit this at a later date. Decided it was probably best to cycle instead - and with that in mind, I used the turbo trainer. Spent 30 mins cycling at a high cadence and boy did that get my heart going! 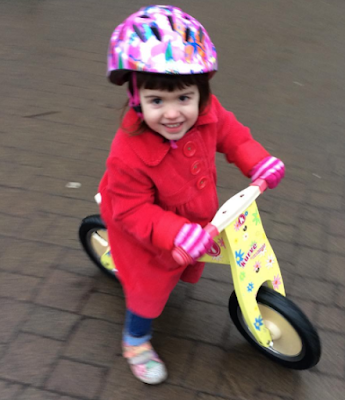 Another 8k run up to the Slough and back started Wednesday morning. In the afternoon I walked around Arrow Valley Lake with SJ whilst Lunar cycled (her first outdoor trip) and Melody ran. How cool was that - it seems we have a potential runner and potential cyclist in the family! Once home, Lunar inspired me to cycle an easy indoor spin. 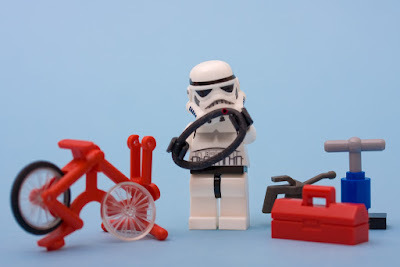 Thursday was a rest day and Friday saw me run the Studley Triangle. After running, I packed my bike into my car and headed to Windsor to check out Chris's new pad. We were both cycling the Willy Warmer 200k event the following day, so it made sense to crash at Chris's. 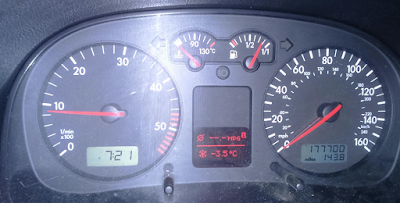 When we awoke Saturday morning it was real cold. We packed our bikes into a frozen car and headed to the start, about 10 miles away. The car dash informed it was -3.5C! 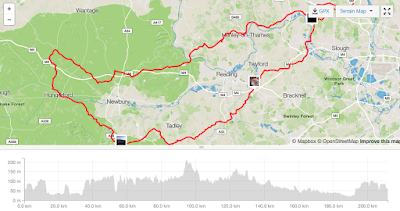 This was the third time Chris and I had cycled the Willy Warmer event. This was Chris's first audax back in the day. The last time we cycled this (3 years ago?) I used a single-speed machine. This time around, I used my 'Winter' bike and how appropriate I thought considering it was super wintery. As we left Chalfont St Peter, we could see the local river was frozen over.

About 160 cyclists were riding this event today. Maybe it was super-subscribed because it was an LEL year? Almost as soon as we started, we stopped. This was to take a pic of a beautiful house that had mosaic tiling on it (see pic below). Pretty, don't you think?! We stopped to either take pics, wee or tuck into rocky bars - oh, and we stopped at official controls too. 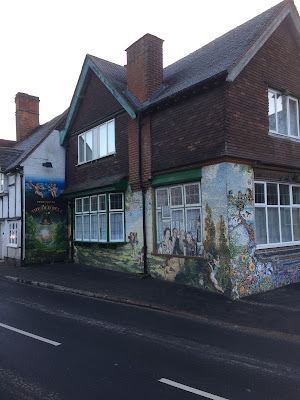 The first leg took us to Pangbourne where we stopped at a cafe and had a nice fry up. In previous years this control was great - proper greasy spoon. Now it had gone upper class and despite the food being ok, it wasn't the same. Whilst tucking into my food, my mate Gary (from Geneva) sent me a text informing he had gotten a place in LEL - how awesome! 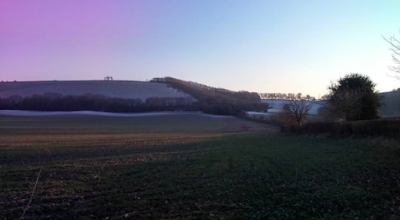 After our feed we cycled on and through Lambourn and Hungerford. We zoomed down the Valley of the Race horse and thought back to our last adventure where we cycled roads close to these. No matter where we were, signs for Newbury seemed a constant sighting which reminded me of my dear sister Jane. Our second stop was at the Tutti Pole cafe in Hungerford where we had a spider (ice cream and Coca-Cola float) and cheese toastie. 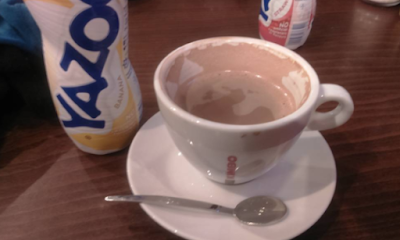 After this feed we swung down to the under belly of the Newbury Downs. We spotted a hot air balloon as we tucked into further Rocky bars. Next stop was the Java Cafe. Milkshake (and some coffee thing for Chris) was our reward for getting this far. 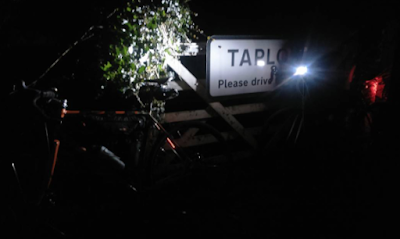 Last leg was in the dark. Throughout our adventure, my feet and hands would take turns at being cold. Occasionally the wind would blow bitterly cold and ice would cover the roads. Thankfully no accidents or mechanicals (save a broken spoke which I found out once at home). As lovely as cycling adventures are, it's always nice to reach the arrivee and have a cuppa tea... 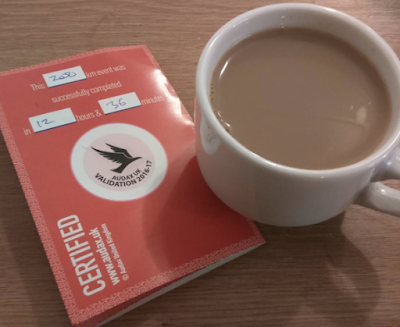 Only this cuppa tea was filth! 200+k in 12 hours and 36 mins and we get a lousy cup of tea! Well at least we completed our first audax event of 2017 and got a signed brevet card. I think this was my 114th completed audax to date.

Driving back to Chris's abode, we could now see it was -5.5C. The Willy Warmer - perhaps I should take one next year! Ha! 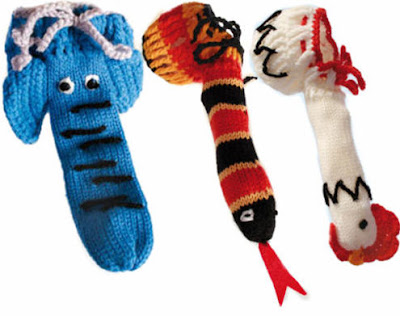