Call of the Glen

Felt surprisingly good on Monday, the beginning of this week. On Sunday, the previous day, I felt awful - whacked, grouchy and out of sorts. I once read or heard it said ‘you need a days recovery for each 100k you cycle’. This appeared absolutely right, I had cycled 200k and felt better 2 days later. Hmm, I want to recover quicker. How am I gonna cope with 200k+ days, day after day, during my TAW challenge? Answers on a postcard please. 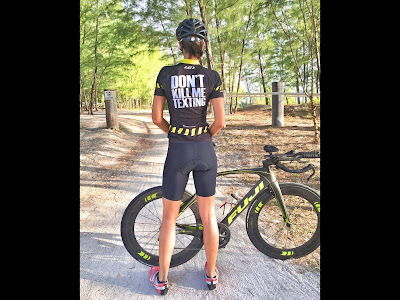 Completed 3 to work and back commutes in the week. The nights are getting lighter but its still very dark by the time I’m home. Dark mornings are still the norm.

Friday was my long cycle for the week. I cycled just over 100k on this day. I set off to Rogers on my newest bike ‘Eleven’, deliberately climbing Cobley Hill on route. Very foggy, misty day and due to recent adverse weather a tree had fallen and was blocking one of the roads I cycled. Cars had turn around but I was able to climb over.

Once at Rogers, I changed bikes and led us out on a tandem adventure. This was the first time this year we had both been out on a tandem and Rogers first ride full stop. Poor Roger is running out of tandem pilots and would love to get out more than he is able. Please read his appeal posted earlier on this blog.
Our adventure was relatively short, about 45k. We cycled a loop from his abode to Earlswood and back. We stopped for grub at a cafe and had a nice bacon and egg sarnie to ensure we had energy for the return route. The route we cycled looked like a baby in a nappy crawling once downloaded onto Strava! Funky stuff!

From Rogers, I mounted Eleven again and took a relatively hilly cycle home. I climbed Lickey Hill and Cobley Hill (opposite direction) and felt quite ‘hilled out’. These hills will be nothing compared to the horrors to come.
Had thought about running on the weekend. My wife put a stop to that and told me that I had to look after the kids on Saturday morning whilst she went and had her hair done. With no running time available, I succumbed to the ‘call of the Glen’ Friday night and cemented the fact that no running would take place Saturday.
Weekend was spent chillin' with my family, friends and tortoise. The kids were cycling on their 'old' bikes which was groovy. Flair came over which was nice (and had remembered to return my tortoise book). Spent time fixing Mr Wide-Eye's table - his UV light now hangs lower. Apparently a UV light should be about 30cm above the tortoise (it was nearly double that height before my alterations). Mr Wide-Eye has only recently been spending extended periods of time out of his den and chilling on his new substrate (even before light was lowered). Am hoping more time is spent basking now the light is lower.
at January 14, 2018