This weekend saw me complete the 'Moonrakers & Sunseekers' 300k audax. This was a great event and only the second time it has ran. This was my second audax on my new bike 'Rainbow Dash'. 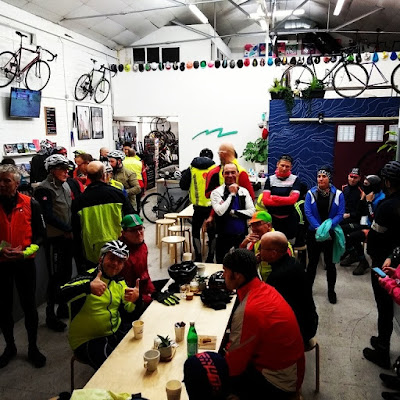 The start was in Bristol, in a rather funky bicycle cafe shop called the 'Camber.cc cafe' located at 'Business as Usual' business unit. Lots of cyclists all met here to fraternise, get ready and eventually set off. I think something crazy like 130 people entered. The place was full, but I'm not sure 130 left. 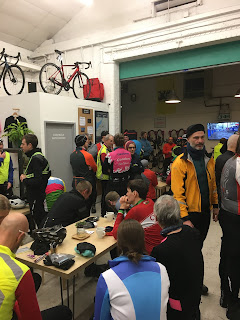 It was dark when we all left. It would be - it was 10 o'clock at night. The weather was probably best described as drizzly - raining at times and not at others. The roads were flooded here and there but no real problem as I took due care. The first section reminded me of cycling PBP, as there were plenty of red tail-lights to be seen. Heading out through Bath, I passed through Devizes and cycled past 'The Crammer' to stop at the 'Moonrakers' pub. All the while I had been cycling under a waning gibbous moon. 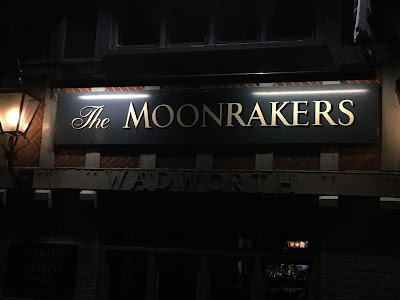 The Crammer is the town's pond and it's famous for a local legend. This legend has been dubbed 'the Moonrakers' and goes something like this: A group of Wiltshire smugglers heard that the Excise Men were heading into Town. The quick thinking smugglers knew that they had to hide the contraband barrels of brandy they were carrying and decided to roll them into the Crammer. After the Excise Men had passed through Town, the smugglers recovered the barrels by using rakes. The Excise Men were some-what suspicious and returned to Town to take a second look. They saw the smugglers with rakes and questioned what was going on. Smartly, one smuggler pointed to the reflection of the moon in the water and said they were trying to rake the cheese from out of the water. Oh how the Excise Men laughed, thinking how stupid the Devizes folk were. The smugglers laughed loudest being the folk that had the last laugh - their quick thinking had stopped them being caught. Wiltshire people to this day are known as 'Moonrakers'. I felt like a honorary Moonraker cycling this event.

Leaving Moonrakers I sped on to the next control which was only 30k away. This section felt super zoomy. I saw lots of interesting wildlife which included at least 2 owls and a mouse. A motorist pulled alongside me at one point and gave me a 'fair play' once he realised I was planning to cycle all night. I'm sure I passed signs for Stonehenge and coincidentally, I'm sure the control was at Solstice Park. I opted for a MaccyD at the control which is my usual audax staple diet. 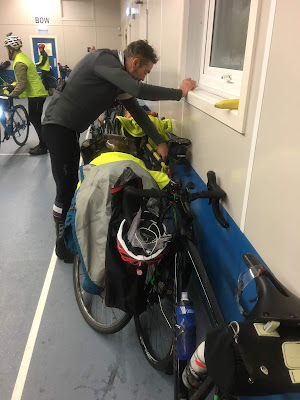 Didn't take so long to reach the next (information) control. Wow, I wasn't far from the Jurassic Coast. Memories about my summer holidays and family came flooding into my head. My head filled with further memories once I finally reached the Sea Scout hut in Poole. Poole has presented me with much adventure - it was here that I first lost my front teeth following a cycle accident aged 16. More recently I had cycled here with Ron (on a SIKA event) and experienced the same menace of cycling through sand covering the promenade. The Scout Hut was a fresh memory - I had never been there before. The Scout Hut was great - I was able to dry my socks on the radiator and was treated to a breakfast of baked potato and beans. 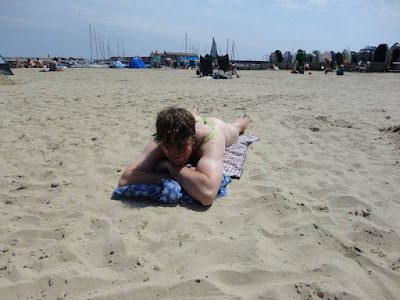 Leaving the Scout Hut and it was still dark. I wanted to send SJ a photo and say something like 'at the sea-side at last'. Oh well, should SJ read this post, the above photo is for her (this was a previous occasion when I visited the Jurassic Coast). Ha! 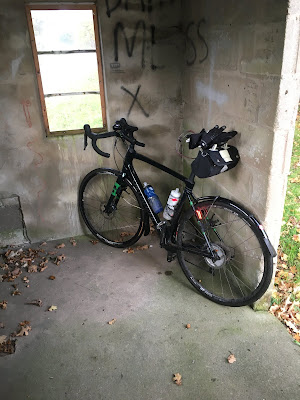 The stretch after breakfast felt long - probably because it was quite a distance to the next control. The sun I was seeking finally came out though which was nice. I took an unofficial stop about half-way between the controls. Lots of lanes were cycled before I reached the official control in Podimore. 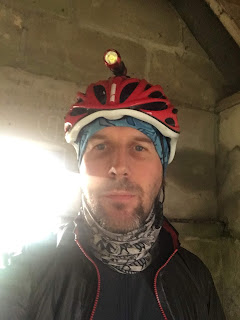 The return leg was definitely more hilly and certainly more pretty (this may have been because I could now see). Pretty lanes were cycled and beautiful villages passed including the chocolate box village of Milton Abbas. I passed the magnificent Abbey and headed on into the Dorset Hills. Hard to believe how many wonderful places this route passed through including Somerset and Glastonbury Tor.
Much of the folk around Glastonbury were dressed as if they had just attended the festival. I must have smelled like I had been there too! More lanes, ascents and descents took me across The Levels and to Axbridge.
The route reminded me of the 'Cycle for Uganda' event that I had completed this year with Chris Hodge and Ben Adams et al. This was because I again cycled the Strawberry Line railway path. This path went through the end of The Mendips passing orchards to stop at the Strawberry Line Cafe. My bike was absolutely covered in muck and goo by this point as the railway path was off-road and very wet and muddy. The cafe was located on a rail platform and they provided me with a much needed breakfast of the Full English type. Delicious. 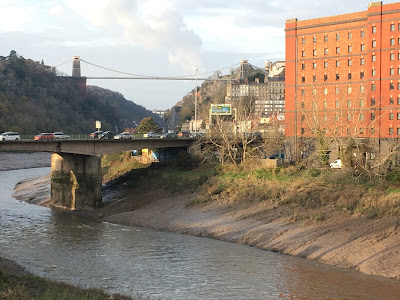 The final leg was only about 30k and returned back to Bristol. I passed through Cheddar at one point and wondered if that's where cheese was made and my thoughts shifted to raking cheese and The Crammer. Once again my head was filled with many memories of my past as I had been to Bristol on several occasions before and even studied 'Bio-Medical Sciences' there, back in the day. The suspension bridge was always a pleasure to see. And so was Felix Road adventure playground - the arrivee!

Top event! Nice one Will (organiser). Pleased to report that there was plenty of (Will's) hills and plenty of thrills. Bonus too - no spills!
at November 17, 2019