With plans to cycle a race,
But Covid kicked in,
Which wasn't so ace.
No TransAlba race around Scotland for me,
What did I do with my time? - read on and see!

Cycled 48k fixed to Flair's on the first day of my leisure,
Was nice to catch up, eat a Greek Gyros - what Pleasure!
Had hoped to make my 2 weeks a memory to treasure!
Next adventure was over the weekend and it involved more than just me,
My kids came along, Lunar and Melody, see.
We went on a woodland adventure, yippee!
We encountered a dragon and more than one tree! 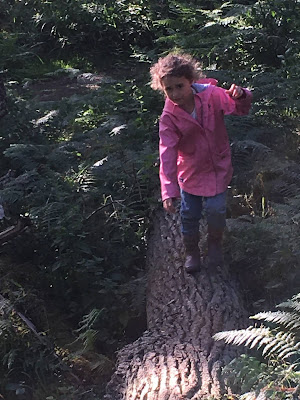 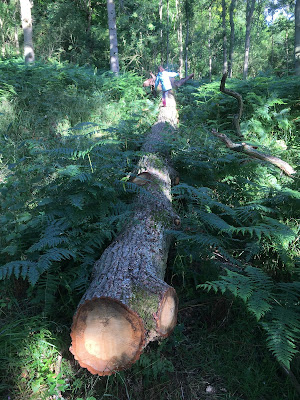 Monday. I cycled a further 93k on fixed gear,
All exercise today, no chance for a beer.
I cycled into Stratford, which was just fine,
And on the grounds of Walton Hall Hotel for the very first time!
Later, same day, I took out my new shoes,
Still exercising, with Lunar, no booze!
With feet in our shoes,
We walked off any blues! 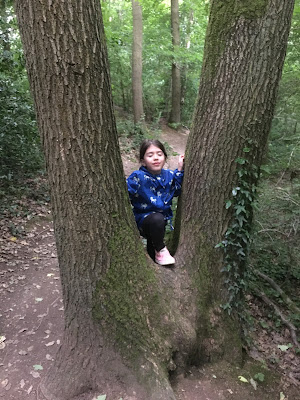 The very next day, I cycled 77k on a different machine,
Despite gears and fat tyres, I still didn't look lean.
Aid came along for this ride too,
We wanted Greek food for lunch, not vindaloo,
The Greek place was shut, oh what to do?
We opted for something quite different to eat,
Forgot what it was, but is was quite a treat.
The evening that followed was equally fun,
Out with the kids for a walk, plus their mum!
We walked the 2 bridge loop in Webheath,
A further adventure, no grief!
Started Wednesday with an 8.5k cross-country run,
Followed by walking with Aid and our kids for way much more fun.
Later cycled a further 39k, all this distance but far from a ton,
By the time it was evening, well, I was done! 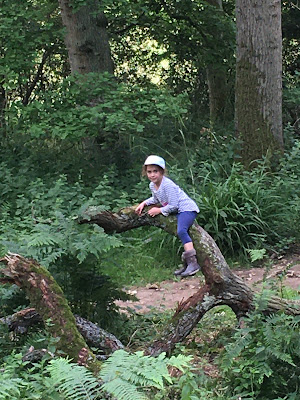 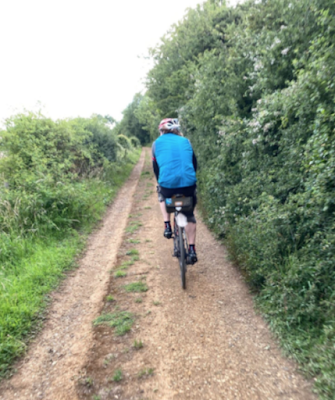 Thursday was a short cycle of just 16k,
Checked a bivvy spot with Ron, for another day.
The cycle, the previous night, was also with Ron,
So easy to lose track, with lots going on...
Friday was a double-whammy day,
Ron and I cycled far away,
We followed a route initially created by Phil,
If Phil were to ride our additions, he'd sure be quite ill,
Because to Phil's Hill we added more climb,
We kinda had to, to make the hills climb to the top,
We added in Fish Hill and at Broadway Tower did stop.
Paused for a fine tasting drink and a sausage roll to boot,
We then continued to cycle, what a hoot!
At 107k our ride was all done,
Only we cycled 9k later to add to the fun.
We went to the bivvy spot we checked out the day before,
and oh what fun, adore, adore.
We went for a camp with 2 more fun guys,
I'll blog about it later - a kinda surprise.
Am hoping week 2 of my hollibobs is just as much fun,
It might have more cycling, a camp or a run,
It might turn out pants, which would be a shame,
Just read the (following) bivvy post to know what's my game.
at July 05, 2020