Lazyness, paralysis of will, heavy drinking, birthday (not my own) and a feeling of nausea hampered my training efforts somewhat this week. Even so, this week has not been without event. And, the week has not ended yet!
Swimming took place again at Hewell Road pool. I swam my 45 mins continously, without a break (previous max was 30 mins) and felt quite pleased with my progress. For the first time, I counted how many lengths I swam, but once out the pool couldn't remember if it was 36 or 38 lengths. I will go with 36. With this is mind, I was able to calculate that I swam a distance of 1,080 metres (36 lengths x 30 metres).
Cycled only 2 times this week thus far. The first nights cycling was with John and Ron. On the trek over to Ron's, I was a little worried as it was freezing cold (this confirmed by frozen puddles, glittering road surface and the fact I was wearing 3 bandana's and 2 pairs of gloves). Optimistic Ron was trying to convince me (perhaps himself) that I was deluded. Ron checked his thermometer and it read -.6C. ? Still not convinced that it was actually freezing, Ron had pumped his tyres up to, I dunno, 70 psi maybe - they were rock solid (no wonder he is so zoomy). John joined us and we started out on a reverse run of the 'deer' route. Things were going reasonably well initially, we were taking it quite leisurely because signs of freezing were evident. Once past Coughton Ford though, bang! Rocket Ron had dropped like a bomb. His rock hard tyres provided no grip on these freezing lanes. Ron suffered a cut knee and ripped pants. As I helped Ron back up, I couldn't help but think he was a little crazy. Here he was lying on the road still clipped into his pedals, with rock hard tyres and (can you believe this?) no working rear brake! Ron let out some pressure from his tyres and we slowly continued forward, taking the next available left and headed for home. 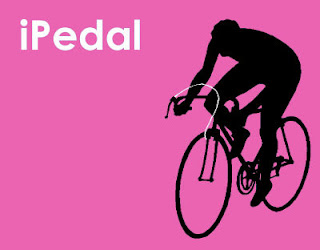 My next cycle was on my road bike. Did quite a distance, following 'Ron's 1 hour loop' route in reverse and then joining the 'TROAD' route for as far as the major 'Cobley hill'. Cobley hill is a real killer! After defeating this hill, I cycled into Redditch Town Centre and climbed Salop Road hill and Unicorn hill before cycling home. My new shoes (Lake CX235C) were a lot more comfortable than my last pair, though my right foot niggled a little. These shoes look very nice, feel great and get good reviews. 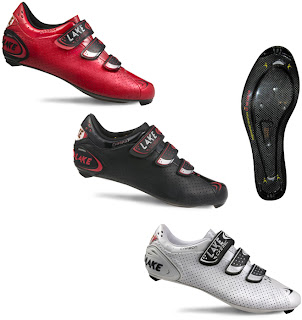 I did not train anymore than is listed above. No running or skipping this week, as yet. I don't plan to train tomorrow either - figured a rest day is needed before I tackle the audax.
at February 04, 2010