Newbury and my knees

Am posting my weekly totals today because have already decided that Easter Sunday is going to be a day of rest. If only that were true, a menace on-call shift at work awaits. Am not planning on any further exercise this week as my knees are quite painfull.

Swam at Kingslesy pool during the week. Have not swam here for a while and to be fair, prefer Hewell Road pool as it is bigger and less congested. Found my swim pretty hard going. 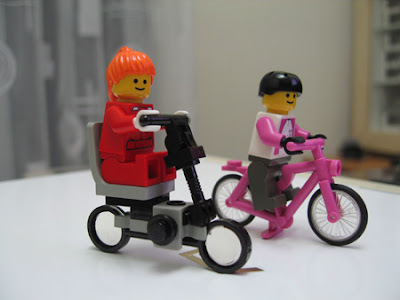 Started the week with a good cycle with John and Ron. We cycled in the rain (though John and I had taken precautions) up to Ullenhall and back following country lanes. Did a back to back cycle towards end of the week to Newbury to train and visit my sister (Jane) and family. Was a mostly horrible wet and windy day. The wind was against me for most of the start, but I was still able to break the 30 mph speed limit into Broom! Battled and defeated the menace Fish Hill. This hill has only a 10% gradient, but even so, it's tough and relatively lengthy. The hail beat so hard at times it was stinging my face on impact. Really need to invest in some fleece lined gloves too - my poor fingers were frozen and had that 'pins and needles' feeling. Reached Wantage and 'had to' go onto the A34 for a short spell, as I was unsure how else to reach Newbury. The A34 is a cyclists nightmare - it is busy and quite exposed. If the weather itself doesn't shunt your bike to the side, the big lorries and speeding cars will. Was able to come off the A34 and follow a Newbury cycle path. This cycle path added further miles and was quite menace as it had far too many stop and starts, particularly around roundabouts and when cycling straight, oncoming traffic was to the left which just felt quite odd. Still, found my way into Newbury. (Went and saw 'How to train your dragon' that night. I have omitted Chris's comments). The cycle back home the following day was equally as wet and windy, but the wind was not a head wind this time. Much faster trip back home, so fast in fact that I reached a top speed of 46.3 mph down one hill and broke the 30 mph speed limit in Wantage! Early into the ride back home was experiencing knee pain. Stopped at local garage and purchased ibuprofen. The ibuprofen helped but my knee continues to hurt. Am a wee bit concerned about my knee as it continued to hurt following day, hence my decision to rest a few days. Have always said 'no' at the thought of a 'professional bike fit', but if this knee pain persists, then, well, who knows...
Ran just once this week. Ran the extended Studley triangle route. Feel like running some more, but painfull knees has put pay to that.
Weekly totals: Swam for 40 mins; Cycled 187 miles; Ran for 40 mins.
at April 03, 2010