This week saw me panic. I had a 600k event to prepare for. This 600k event was the Bryan Chapman 619k audax which goes around North Wales and includes many a hill. Family and friends were getting annoyed with any mention of the word 'bike'.
So much was my worry that I didn't do any training on Monday. Instead I worried. I checked the weather for the weekend and worried some more - heavy rain was forecast for Wales.

Tuesday was a better day. Today I went cycling with Ron. We cycled new tracks and trails which was nice. We spent a bit of time cycling around Studley Castle. I lost my glasses coming down a steep off road descent. At one time, both Ron and I nearly rode over a kamikaze monk Jack deer that swept out in front of us. As usual we saw plenty of deer during our outing.

Wednesday was a great day. Chris O had sent me some tubes (for cycling purposes) through the post and Chris PT had contacted me. Chris PT was happy to provide SJ and I with a training session which we gladly accepted. Last time we had been with Chris PT he had worked our legs so hard that we could hardly walk for 2 days. We mentioned this to Chris and informed him of my plans for the weekend, so he concentrated on not working our legs too hard. We still ran. We ran in a box like figure which was mingled with periods of walking and periods of exercise that would include lifting weights, sit-ups, press ups, the dreaded bench etc. As one of us was performing exercises the other would run and vice versa. Following this we did more sit-ups with a medicine ball and then played net ball with this medicine ball. SJ had a forfeit of doing a sprint run for dropping ball and I had to perform extra sit-ups for pulling my tongue at SJ. On top of this we had some boxing to do. This boxing was great fun, even though tiring. SJ might get some boxing gloves for her birthday...

Thursday went back to worrying. I had ordered a Carradice saddle bag to carry extra stuff on the impending audax but it hadn't arrived. SJ, bless her, advised I look on the internet and locate a shop that sold them and go pick one up. I did just that and am now the proud owner of a Carradice barley saddlebag. Again, no exercise today but SJ prepared me a lovely pasta based meal (noodles and salmon) to start my carbo-loading. 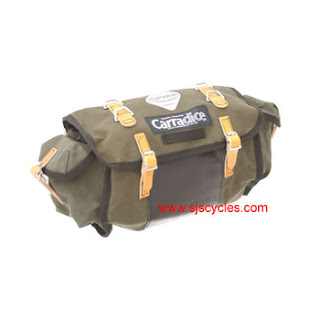 Friday was spent organising all my kit ready for tomorrows audax. The Carradice barley bag was packed full of stuff and I mad some changes to my bike. The biggest change I made was to add 3 lights to the front of the bike. I now have 2 Cateye light sets and my awesome Ay-Ups are in place too. This will definitely make me feel safer and brighter. For this new audax I am taking loads of food with me which I don't normally do. SJ gets the giggles when I talk about bonk rations. Finished the carbo-loading with another meal cooked by SJ, this time it was bolognese sauce over ravioli. Delicious. Hopefully am all prepared. Car is packed. Just need to write off here, have a bath and go sleep.
IF! If I complete the audax event tomorrow then that will be my first completed 600k event, I will have completed an SR (Super Randonneur) series, an AAA SR series and earned enough points (20 over any period of time) for my first AAA medal. In addition to all of that, I would have completed the necessary qualifying events for the PBP (ha!).
at May 13, 2011