Three weeks running and I have not swam. Beginning to wonder if I'm hydrophobic. Must swim soon!

Cycling went well this week. Was able to use all 3 of my lovely bikes. My road bike started the 'Barton beast' route but got lost around Bidford. Did not mind too much as Spring was in bloom and everywhere looked nice with the glowing sun. Scotty went for the 'deer' route with Ron and John for company. We took an off road short cut just before the Mother Huffcap pub. It was nice to cycle as a small group again, I don't think we've all cycled together since Ron's last spill. On this route Ron nicknamed me 'Tim the badger', as we looked back on the wildlife we encountered last year and considered my lack of navigation. (Badgers tended to run long stretches and appear to be clueless in terms of which turn to take). The Specialized took me on a trip from work to home. This trip was menace as I had forgotten appropriate shoes for my spd pedals. Cycling without cleats is a real chore. Worse still, I punctured, but luckily was only 1/2 a mile from home. That was the second puncture this week (Scotty punctured for no reason when I left her in the kitchen). According to Chappers, a 'rule of three' applies - I refuse to check my road bike for punctures! 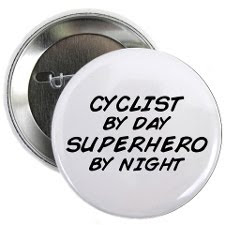 Met a guy called 'Guy' at a rugby match. Watched the rugby with a group to celebrate 'Chris's' AKA 'bro-in-law's' 40th birthday. The score was Newbury 90 : Manchester 5. Anyhows, Guy has plans of cycling LEJOG in septemeber, and there is a good chance I may join him on this. Guy is attempting to recruit around 10 cyclists. My second audax is planned for saturday next too.

Ran twice this week. Both runs were road runs and the shortest run was 50 mins. The first run was the extended Studley triangle. My second run, was a first for me, and I have named it the 'extended Alex hospital' route as it follows the extended Studley triangle route but adds a trip to the hospital about 1/2 way.
More attention needs to paid to my skipping. Only skipped one session. Still unable to skip for a continous 2 mins.
'Don't find yourself. Create yourself.'
Weekly totals: Did not swim; Cycled 76 miles; Ran for 1 hour and 50 mins; Skipped for 5 mins; Punctured twice!
at March 07, 2010